Songs You Remember: The Vogues “Turn Around…”

It’s a popular theme to a Volkswagen commercial presently, but how many people remember it as a huge hit in the 60s…a song looking for the right sound, and it found ‘The Vogues’.

Being an aficionado of old music and great harmonies, I recently heard a commercial on television that made me stop in my tracks.

Upon watching I saw that it was a Volkswagen commercial, which did nothing for me. I’m not a Volkswagen fan.  I think in German it means, ‘kinda’ cramped and overpriced’.

But the song behind the commercial was a different matter – Turn Around, Look At Me, popularized in 1968 by a group called ‘The Vogues’, out of Pittsburgh, Pennsylvania.

The group had been around for a decade at that time, and had originally started singing together as high school seniors in 1958 at Turtle Creek High School, outside Pittsburgh – Bill Burkette, Don Miller, Chuck Blasko, and Hugh Geyer. By 1965 they had recorded several pop tunes that had scored nominal success on the Billboard Charts, their best entitled You’re The One, originally sung by Petula Clark. After that they recorded Five O’Clock World, which found popular approval.

But they weren’t getting rich and changed record labels in 1966, moving to Reprise Records, which was affiliated with Warner Brothers. They immediately tracked a number of tunes that sold, but they all sounded like someone else’s record. The Vogues, themselves, had a unique harmonic sound, but they needed the right song. It came along in 1968.

In 1961 Glen Campbell had released Turn Around, Look At Me, as his first American single. It sold, but it wasn’t really Campbell’s kind of song and he never featured it.

In 1962 The Letterman did the song, which made it to #5 on the Billboard chart. Ironically, the ‘B’ side of the record, a song entitled How Is Julie, became more popular.

In 1964 a young group called The Bee Gees tried it, and it never made it to the chart.

But in 1968 a producer with Reprise suggested to the Vogues that they could do The Lettermen’s version of Turn Around one better, and they gave it a try. Their sound, and their version, boomed.  Later that year they recorded My Special Angel.  Both became gold records.

It had been written by songwriter Jerry Capehart, completed in 1960, and by 1968 he had almost given up on it. But The Vogues turned his and their own career around.

‘Turn Around’ has been popular now for fifty one years, popular enough for Volkswagen to use it for the commercial, and it made the Vogues one of America’s most popular male singing groups of that generation.

The founder and lead singer, Bill Burkette, recently died last spring, still in Pittsburgh, where he ran a home improvement business while touring on a limited basis with a reformation of the original group. He was 75 years old.  Enjoy the embedded recording, and remember.

It’s up to you whether you buy a Volkswagen. 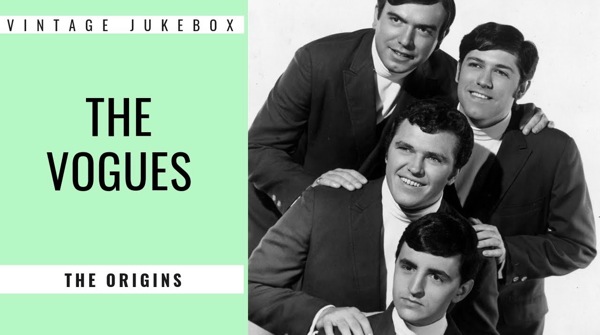