The first time I visited with Wayne Wiseman was about ten years ago, outside Value City Arena at the annual boys state tournament.

He was feeble then, but insistent upon talking, reminiscing about the old days, the old people, and basketball as he had known it growing up outside Waterloo, Ohio, home of the famed ‘Waterloo Wonders’.  He passed away recently, on September 27, at age 87.

Wiseman graduated from Waterloo in the spring of 1950, two years before I was born, a descendant of Stewart Wiseman, one of the starting five of the famed ‘Wonders’, the town’s basketball team that won back-to-back state championships in 1934 and ’35 while barnstorming the country, playing all comers, and astounding crowds with their basketball proficiency.

Wiseman knew all five of them – Orlyn Roberts, Wyman Roberts, Beryl Drummond, Curt McMahon, and of course, Stewart Wiseman…as well as their coach Magellan Hairston. And part of our relationship centered around the fact that my mother had actually taught at Waterloo High School the year it finally closed, in 1960, for principal and former manager of the old Wonders, Ken McCauley.  He was surprised to hear that I lived in the same community with Frank Dunn, a college teammate at Rio Grande College, and eager to hear about him.

“In all the world I’d never expect to run into someone like you,” Wiseman said to me that March day in Columbus, while puffing on one of his ever-present Chesterfields, a habit that he maintained vigorously for most of his life.

“It’s hard to imagine that there’s that many people left who remember the Waterloo Wonders,” he said. “But man, they could play basketball.”

He would go on after graduating from Waterloo to play at Rio Grande College for coach Newt Oliver, and team with star center Bevo Francis to make Rio Grande one of the most formidable small-school basketball teams in the country. 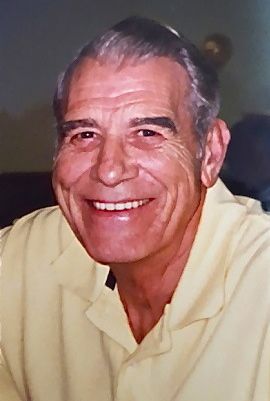 Wayne Wiseman coached at Springfield High School for 33 years and won 329 games with the Wildcats.

“I was the guard on that team, the guy that handled the basketball,” Wiseman said with a smile. “It was my job to get the ball to Bevo because nobody could stop him.”

Francis was a giant of a man for his time, 6’10” inches tall and somewhere north of 250 pounds.

“Once the ball got in Bevo’s hands they had no chance, so they would try to take it away from me,” Wiseman said. “I became a pretty good ball-handler to make sure they didn’t.”

Former Boston Celtic great Bob Cousy, who played college basketball at Holy Cross and knew Wiseman, once said that Wayne Wiseman was the best with the basketball of any player he ever saw prior to playing in the NBA. Wiseman didn’t dispute the claim when I mentioned it to him. He just smiled.

After his playing days were over he entered coaching and teaching, finding his way through places like Oak Hill (Ohio) and nearby Northwestern High School (Springfield), before coming to Springfield South High School in 1964. He coached the Wildcats for 33 years before retiring after the 1987 season.

“Wayne had the reputation as the country coach who could get along with the city players,” said former Piqua basball coach and Springfield native, Jim Hardman, who knew him. “He could take those tough kids and make them listen, work, and do what he asked them to do.”

He was unique, personable and outgoing. And Hardman remembered him for another qualifying characteristic, being a smoker himself for many years.

“Wayne Wiseman used to sit in the stands and watch his team practice while smoking a cigarette, and he might have been the last coach in the Ohio to actually light one up on the bench, like (Red) Auerbach’s cigar when he coached the Celtics and they had the game won,” Hardman laughed. “You’ll never see that again.”

Nor will you see many as affable, kind, and generous with his time to simply talk about basketball. I called him a couple of times after our meeting that day in Columbus, and he always remembered.

“You’re the guy that knows about Waterloo and the Wonders,” he’d chuckle and cough. “I enjoy talking about those times. Call me any time.”

I didn’t…not nearly enough, because I’ll remember Wayne Wiseman as one of the most entertaining interviews ever. Hundreds of others will just remember him…as ‘Coach’.