What We Learned In Week 3…

A harmless opinion this week relative to adult behavior at high school games brought a storm of response from readers who wrote to tell us two things.  They’re embarrassed by what they see and hear, and they may be afraid to go back.

When we published our blog this week entitled Toothless, In A Day Of Helplessness, we had no idea that it would strike such a broad audience.

If you didn’t read, it topic pertained to the OHSAA’s recent statement…that the future of high school sports is being threatened by the simple fact of adults behaving badly during the action – for berating officials, for fighting with other fans, for taunting players, and just plain bad language.

One area newspaper from Allen County called it a ‘stern’ warning by the state’s governing body for amateur sports.  We read it…and found nothing stern about it, just the same message about not living vicariously through your kids;  and that playing high school sports is not about getting a scholarship.  About 2% actually do.

But we responded in that column by pointing out that bad behavior by adults, by and large, will go on because there really is no ‘teeth’ in many school districts regarding enforcement and expulsion for unruly behavior.  “So and so just can’t help himself.  That’s how he is.  He doesn’t mean any harm.”  I’ve known people like that myself, and I’ve heard the excuses over the years for perpetrators who keep coming back to the gym on Friday nights, and never change their script.

I’ve actually known school personnel who crossed the line of decorum at public events…I’ve seen fire chiefs and clergy.  Yes, clergy!  And they’re all allowed back because…”It was just an isolated incident.”  No harm was done.

Well, it’s not isolated anymore.  And now there is harm being done.  At a tournament basketball game a couple of years ago a man popped another fan in the crowd simply because that fan objected to his unruly behavior.  Point of fact – alcohol was suspected, of course.  And because of a lack of seating on one side of the gym site administrators thought it would be OK for the overflow to sit with the opposite crowd.  After all, can’t we all just get along?  It’s for the kids, you know! 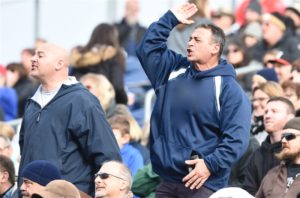 There was an ejection, but not without an incident and a stoppage of the game.  Embarrassing for many who witnessed it, there are those who say that such incidents have colored their decision about attending high school games in the future.

But to our column from this week, we made the point that many districts also frown on a zero tolerance policy regarding adult behavior because those same adults vote, and have influence over other voters.  And in a day when every vote counts relative to local funding issues, it’s a risk that’s discussed in executive session of local school board meetings.  I know.  I’ve been there, I heard, and I remember.  The last word was usually, “Is it a good idea to create hard feeling in the community when we don’t have to?”  Which sounds a lot like elected officials in Congress who vote with an ear for how something’s going to be received back home.

Within hours we received a number of responses:

Mike Mescher, from Dayton, wrote, “How true, how true.  There is so much wrong with amateur sports today – some by participants, some by administration, and by tons of spectators.” 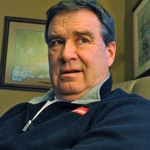 From Columbus, Tom Killilea said, “If the buck stops here, so, too, might the dollars.  So let someone else fix the problem when I’m not the one in charge, or the one they remember.”

Another wrote, “We’ve taken serving the desires of the community to a ridiculous extreme.”

What we learned from you, the reader…in Week 3!