Troy – All week the Troy Trojans’ coaching staff told senior quarterback Brayden Siler and his receiving corps to prepare to make plays Friday night. The ball was going in Siler’s hands more than the five passing attempts he made in last week’s win.

Siler dropped back and passed 17 times against Vandalia Butler on Friday night. Two of the biggest came late in the first half of Troy’s 35-14 win.

Troy (2-0, 1-0 Miami Valley League) and Butler (0-2, 0-1 MVL) appeared to be headed toward a 7-7 halftime tie until Weston Smith’s interception set Troy up on the Aviators’ 33-yard line with 1:51 left in the second quarter. Two plays later, Siler dropped an over-the-shoulder pass to Nicholas Barr for the 32-yard touchdown with 1:28 left.

Troy’s defense forced a three-and-out punt on Butler’s next possession. And with 31 seconds left in the half, Siler found Austin Stanaford with a 41-yard strike down the Trojans’ sideline on another two-play drive and 21-7 lead.

“I’m really happy for Brayden and the wide receivers. They got no love last week,” Troy coach Dan Gress said, referring to Troy’s 28-27 overtime win at Belmont. “We told them all week we’re going to take shots. Boy, did they take advantage of that.”

As good as Siler was through the air, he was just as effective on the ground. His key fourth-down carry to start the fourth quarter – he picked up the necessary two yards from Butler’s 45-yard line – kept alive the Trojans’ drive. Siler capped it with a four-yard sweep into the end zone for the 28-14 lead with 9:29 left in the game.

“Gotta make a play. The line was full steam ahead,” Siler said of the push up front. “Run behind my big boys and get it.” 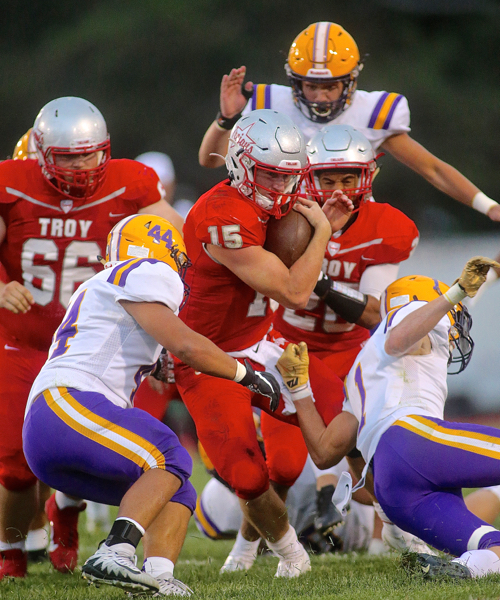 Troy quarterback Brayden Siler did it through the air (two touchdown passes) and on the ground (two rushing touchdowns) in Troy’s 35-14 win over Butler.

Siler spread the ball around to five different receivers — Stanaford, Barr, AJ Heuker, Sam Reed and Josh Mayfield. No receiver had more than two catches or more than 50 yards, but the receiving corps combined to keep the Aviators off balance.

“We told the kids and we told Brayden we trust you and want to take shots this game,” Gress said. “Give you guys a chance to be playmakers. By gosh they did it.”

Second-year Butler coach John Puckett said he’d watched about every film on Troy the past few seasons. He was concerned his undersized defensive line couldn’t hold off Troy’s rushing attack for four quarters, so he wanted to take his chances with Troy’s passing game.

“That kid played fantastic for them. That’s about as good as I’ve seen him throw the ball,” Puckett said. “He put the ball where it needed to be.

“We knew up front we wouldn’t be able to hand them with our size. I’ve probably watched almost every film of Troy from the last several years and the kid hasn’t thrown the ball that well. He was really, really good tonight. We wanted him to beat us with his arm. He did.”

As for Butler, sophomore Luke Mitchell completed 14-of-28 passes for 207 yards and a touchdown. Mitchell also threw two interceptions. A third Aviators’ interception came on a fake punt attempt.

Stanaford also recovered a fumble with six seconds left in the game, giving the Trojans four turnovers. Butler, meanwhile, has yet to force an opponent’s turnover in two games.

“We have a lot of young talent,” Puckett said. “They’re gritty. They fight. I like this football team. We just have to do a better job of putting them in better spots to be successful.

Butler drove deep into Troy territory on its first two possessions. The first ended when Troy’s Hildebrand blocked Butler’s 20-yard field goal attempt. The second drive ended with an incomplete pass on fourth-and-1 from Troy’s 10-yard line. A fake punt in the first half also led to an interception. 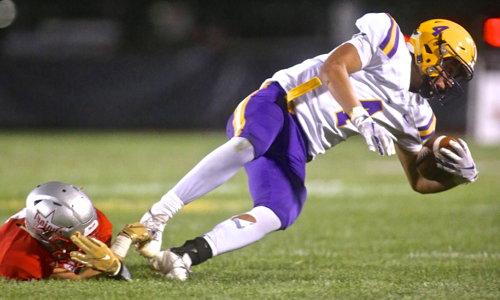 Butler’s Ryan Wilson hauls one of his six catches and finished with 129 yards receiving.

Butler demonstrated that potential in the third quarter. The Aviators took over on Troy’s 15-yard line with 9:49 left in the quarter. They used an 18-play, 75-yard drive – capped by Bobby Buckler’s 7-yard TD run – to pull within 21-14 with 1:02 left. The drive lasted 8:47 and saw Butler convert on five third downs and one fourth down.

Troy, though, responded with touchdowns on its final two drives. The last score – Kevin Walter’s 4-yard run – was set up by Josh Mayfield’s interception and gave Troy a 35-14 lead with 7:11 left in the game.

“The bear of our schedule we knew was going to be in the beginning, especially when you’re this young,” Puckett said. “The rest of our opponents are going to be tough, but that’s two tough ones to start off with. We have plenty of season left. We all have to take responsibility in our roles. We have to take the next step. Our attitude is great and our effort is fantastic. We have to take the mental part of it – both coaches and players – to communicate better and take more responsibility in their assignments.”

Walters led Troy with 104 yards rushing and a touchdown on 13 carries. Troy’s defense held Butler to 85 yards rushing on 27 carries.

“We don’t really think about that,” Siler said of critics who said the Trojans would be down this season after graduating key players from last season’s team that finished 10-2. “It’s ‘next up’ mentality with our whole team. Losing players is part of it. We have a lot of young guys but they’re getting better every week. The older guys are bringing them up and teaching them about the game. I couldn’t be more proud of them. 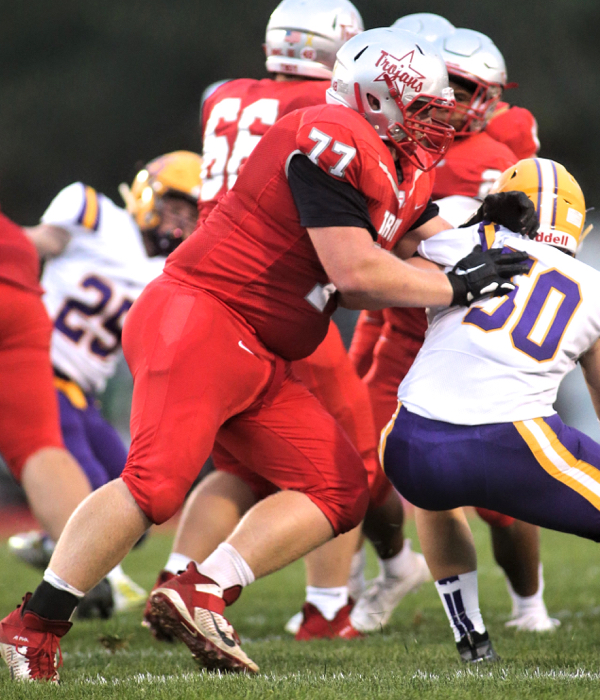 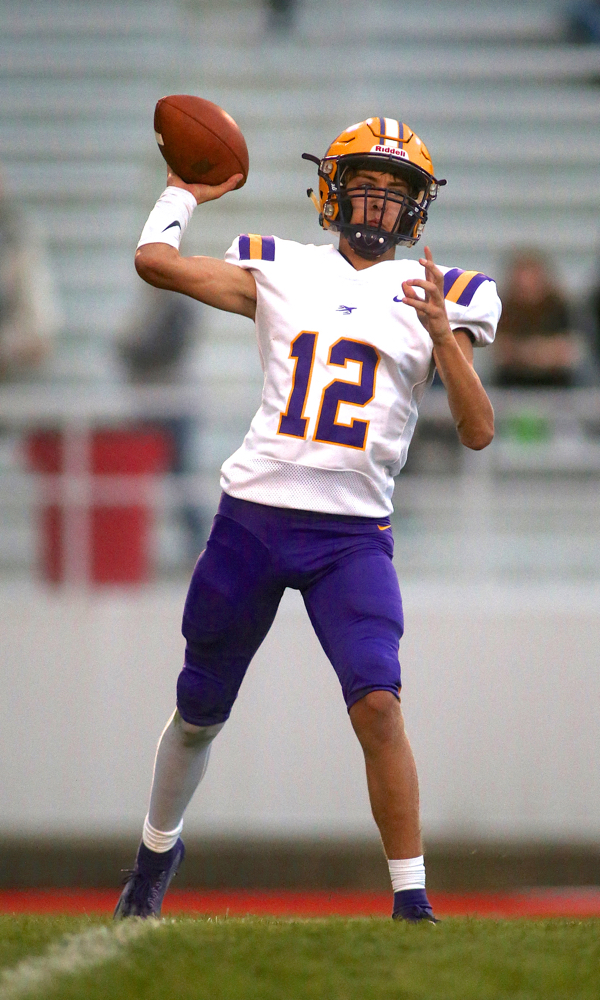