The first edition of reader comments for another school year – regarding the future of football…Why Cleveland is still a Browns town…why baseball is losing its appeal…and one reader even wrote to us about soccer.

With the advent of another high school sports season several readers took the time to address our recent encore post regarding the future of high school football (Is This The Last Friday Night?):

“I thoroughly enjoyed your article about Friday night lights (the photo on the front page), but came away uncertain about whether you personally like the sport, and see majority benefit for those who play.  Would you take the time to clarify?  Thanks.”  …  Tom Friedman

(Ed. Note:  Do I like football?  Yes, as a game I’ve always enjoyed watching it, but admit that I enjoyed it more when I was young.  I grew up watching Frank Ryan throwing the post pattern to Gary Collins (Browns games) and I didn’t get the impression it took the physical toll that it does now.  When I was in high school I didn’t play, but don’t remember those who did having serious injuries.  I think football has to change, and is changing because the players are simply bigger and faster – and coaches are doing a great job of teaching the sport to be played safely.  There have always been risks, but I think eventually the field might be enlarged to create more, and safer space, like Canadian football.   It’s an all-or-nothing sport now and part of the issue with football losing kids is the year-round commitment.  A lot of kids don’t want that.  They’d like to play, but they don’t want to be in a weight room all the time.  I hear them talk about burnout, and they want to make money.  But if you play football there is no time for that, so you lose the fringe athlete.  I like the game, but the reality is that football now needs kids more than some kids need football.)

On our August 14 encore post from Dale Meggas, asking why people in Cleveland still bleed for the Browns:

“I grew up a Browns fan and life-long habits are just hard to break.”  …  Scott Craft 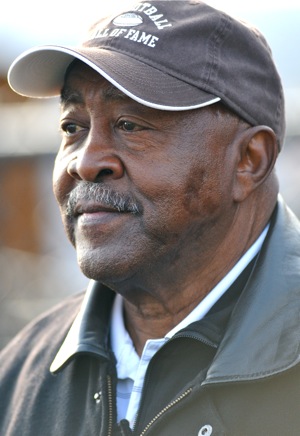 When the Browns were the Browns – former running back and hall of famer, Leroy Kelly.

“I am a Clevelander, and I can tell you that the Browns are so much a part of the community fabric that it hard to separate lack of success and support.  Cleveland has had its issues for years, but the one constant has always been something to look forward to on Sundays during the bleakest part of the year.”  … Gina (Columbus)

“I understand that he (Meggas) has passed away since writing this, but if he were living he’d probably be on the bandwagon.  There are a lot of people like him in Cleveland.”  …  Ken  (Alliance, Oh)

“Cleveland is a Browns town because there was a time when they created a standard of pride and excellence that sustained the community for generations, and optimism that next year could be the year every year.”  …  Tony Ippolito

“The old Browns benefited from great management and a system of drafting and developing talent.  The new Browns have been a revolving door of bad hires and high draft picks that went bust (Couch and Manziel).  Actually, the Browns are a perfect reflection of city government and county politics.  You know it’s not good, but it’s so hard to change.”  …  George Sero  (Willoughby, Oh)

“Everything Hal McCoy said, and more.  We’ve reached the point of saying ‘enough’ to paying the insulting price to see a big league game.  Going to a baseball game should feel like fun, rather than extortion.”  …  Don (Vandalia) 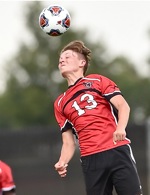 Finally, our recent article on the Newton High School soccer team kinda’ scratched the itch of one reader, but apparently not quite:

“I’ve waited for Press Pros to finally recognize soccer, and when you finally do you write about Newton (where is it?).” …  Greg (Kettering)

(Ed. Note:   We can see Newton from here – at the corner of routes 718 and 48.  Take a drive.  Pleasant Hill is lovely in the fall.  A member of the Cross County Conference, the irony of Newton is they don’t play football, but draw more people than some football games do.  Kids love it, the locals love it, and it’s five miles away.  What’s not to like?) 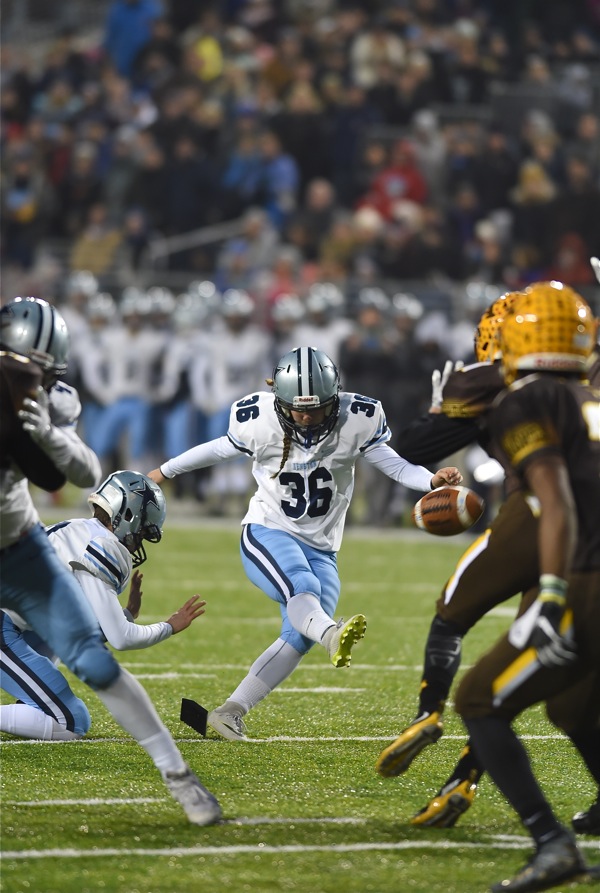