Hunting Season Opens With A Challenge…Doves!

For the shotgunner itching for some challenging shooting before traditional upland hunting, and a different wild game on the table…don’t forget dove season!

(Ed. Note:  Guest writer Dan Hickey served as game protector for Mercer and Miami Counties, then as a wildlife officer supervisor for nine counties in west central Ohio until he retired in 2005.  Still avidly involved with the outdoors, wildlife and habitat conservation, we welcome his expertise and columns on our natural environment to Press Pros.)

By Dan Hickey for Press Pros 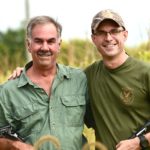 September, and the kickoff to the fall hunting seasons begin – opening days for squirrel , dove , early teal, and early goose seasons…and the start of the white-tail deer archery season.

But lets face it there aren’t many squirrel hunters these days.  Once a highly sought-after species by hunters , there isn’t much interest now except for a dedicated few.  Hunters growing up in the 1940’s 50s,  and 60s, were avidly in the woods. That’s how parents introduced their children to hunting and responsibility with a firearm. Small game hunting was king, and back in those days there were very few deer.

There has been a small and growing interest of hunters using squirrel dogs in recent year to pursue the bushy tails. Early teal and Canada goose season opens also for those waterfowl hunters, and the ever-popular archery season for deer begins September 28 and runs until February 2, 2020.  One should always check the current license and regulations for the upcoming season, as changes can vary from year to year. 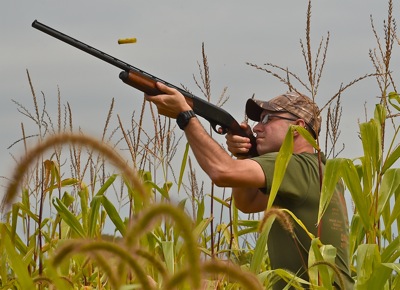 Son Stephen scores as the afternoon flight begins to concentrate.

And most people overlook completely the newest open season that opened this past weekend – Ohio’s dove season.  I recall back in the 1980’s Ohio had not yet passed a dove hunting season, and many Ohio hunters traveled west to Indiana to hunt the popular game bird, myself included.  Ohio then passed a law permitting the state to set seasons and regulations governing doves, sometime in the 90s. Today, dove hunting is a popular and growing in its popularity because doves offer the shotgunner a totally different, and unpredictable challenge.

Each year The Division of Wildlife provides dove hunting opportunities on many of its wildlife areas, and because of increased participation many of the areas have drawings to control hunter numbers and provide a quality, safe hunting venue.  But some excellent hunting can be found on private farms in west central Ohio.  Farms with silage corn fields are a good place to start, and wheat stubble fields can also provide good shooting.  Gravel quarries are a good bet, too, if you are lucky to gain permission.

Those landowners who have small plots of land can plant sunflowers and millet to attract birds, also. This year was difficult in that respect due to the wet spring and late planting, and every year is different in terms of in-the-field success.  Small cold fronts can push birds south overnight, and such was the case this year. Bird numbers on my farm one week before season was around four hundred.  Two days after a cold front went through those numbers were cut in half. 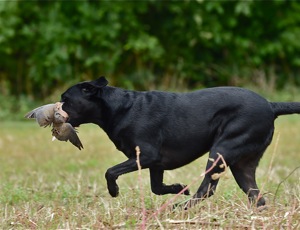 My Labrador retriever, Shiloh, appreciates the opportunity for some early work.

Mourning doves have a population of around 274,000,000, nationally, and are hunted in about 40 states by 840,000 hunters, who harvested 13,800,000 back in 2014 , about 5% (USFW, 2014).  Doves are smaller and swifter on the wing than most gamebirds, and regarded as challenging to hit. They are excellent tablefare, and most wild game cook books offer recipes for them fried, grilled, or in casserole recipes.

The late Jim Morris did a story on my son Stephen and me hunting in 1995, when my son was ten years old. We continue that tradition now, 24 years later with our annual season opener here in Miami County on September 1st, and many good memories are shared between us.  I saw a quote the other day about hunting a dove field.  It read, “Dove fields provide a young hunter his first shot, a puppy his first retrieve – an old hunter his last shot, and a older dog his last retrieve.” 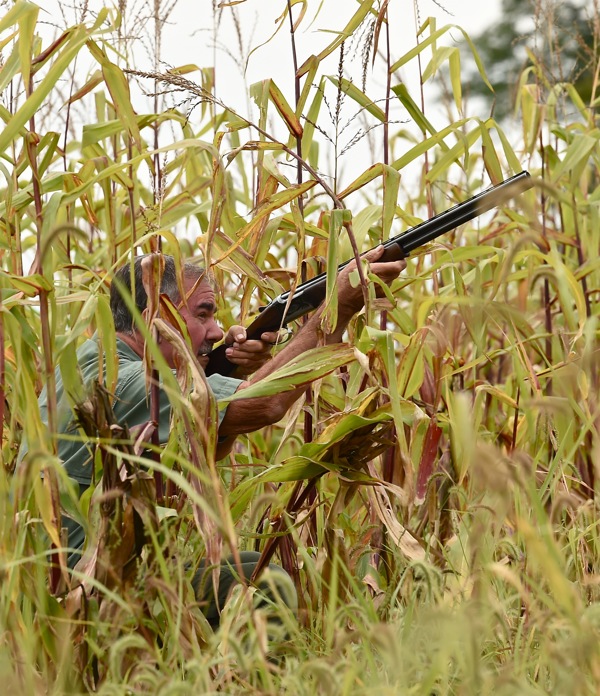 Concealed in corn and sunflower cover, the author draws a bead on a streaking dove during the weekend opening to Ohio's dove season. (Press Pros Feature Photos)