If you had an itch for some pre-season volleyball, area teams from the MAC, the SCL, and the WBL got together for a little ‘scratch’ Friday at New Bremen’s annual Mark Ruschau ‘Classic’.

If Mark Ruschau had still been here four years ago when New Bremen volleyball began their own summer volleyball classic, there’s no doubt in any New Bremen fans’ mind that he would’ve been there to follow the Cardinals, and all MAC schools for that matter.

Friday, New Bremen celebrated their 4th annual Mark Ruschau Classic, where you could feel the heat of the 2019 volleyball season cooking.

The competition at the tournament went above and beyond in its expectation of high level play, as so many talented athletes showed their stuff among the twelve teams. When asked about the competition, New Bremen coach Diana Kramer commented, “These matches we’re playing here in July have the potential to be a district championship or state championship match down the road. Being able to create that in July says a lot for the teams not only in this area, but also the teams that had to travel further to come here, like Highland and Ottawa Glandorf. It truly speaks volumes for the type of volleyball in this area.”

Among strongest volleyball schools was a senior-dominated Versailles team, who lost to New Bremen in first round of tournament. Versailles Coach Kenzie Bruggeman commented on her squad. 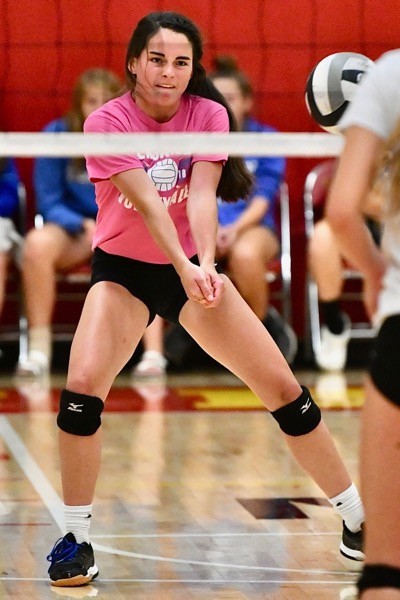 “A lot of them (the seniors) were a part of our success last year, so they know what type of drive they need, what they need to do in the summer, and how important it is. It’s easy to focus on the type of play and other things that we’ll work on down the road, but the biggest thing our seniors really pushed this summer is what we do in the weight room and our conditioning – making sure the underclassmen know what expectations they have for this season.”

After beating Versailles in first round, New Bremen lost to a determined Ottawa Glandorf, losing in three tough matches, 25-22, 23-25, and 15-13. Ottawa Glandorf was then went on to play Fort Recovery, where they succeeded as tournament champions, winning in two matches, 25-23 and 25-20. Last year, Ottawa Glandorf was ranked second going into the OHSAA Division III tournament, and succeeded in making it to District Finals where they were then knocked off by Liberty Benton. The Titans are coached by Amber Gerdeman and have a dominant team including two future Division 1 Toledo Rockets, Taylor Alt and Claire Eiden.

As a testament of the competition in the gym, it’s to be noted that Alt and Eiden were not the only collegiate bound volleyball players in the gym. In addition to them, there was New Bremen’s Macy Puthoff, a future Wildcat at Indiana Wesleyan, and St. Henry’s Addy Vaughn, a future Skyhawk at the University of Tennessee Martin. Also in the gym was New Bremen alumni Paige Jones, one of the Big Ten’s top freshmen last year at the University of Michigan.  She came to watch how her alma mater would showcase in the classic.

In less than one week, all area volleyball schools will begin the first official day of practicing on August 1st, and if there’s one thing we know for sure about the competition this year, we know that it’s gonna be hot! 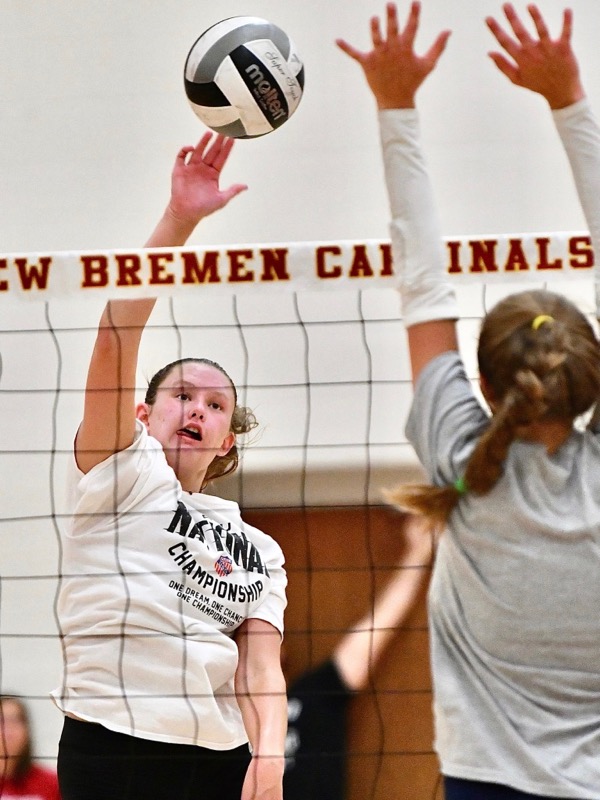