Piqua Loses A Friend, An Icon….

He popularized the practice of chiropractic locally.  He was cool before chiropractic was cool.  And Dr. Conrad Booher created a legacy of professionalism and service that made a legion of friends and followers feel good, inside and out.

I went to visit Connie Booher Wednesday afternoon at Jamieson-Yannucci Funeral Home.  And he didn’t seem to mind.

Like so many times before – fifty years before, when I would crash his little office on High Street in Piqua, across from Kiefer’s Pharmacy, without an appointment, with pinched nerves and high school sports injuries – he suffered the inconvenience of helping someone who was in pain.  He was never too busy.  Connie Booher had a way of just making you feel better.  And one last time, yesterday…he did that for me.

He passed away last week at age 86 after a prolonged illness, and simply put…Dr. Conrad Booher was one of the most comforting medical professionals to ever hang a shingle in Miami County.

I say ‘medical’ professional because Booher was a licensed medical doctor, as well as chiropractor, at a time when chiropractic wasn’t ‘cool’, like the old Barbara Mandrell song.

Known as ‘Connie’ by friends and a legion of patients, Connie Booher literally made the practice of chiropractic relevant, and trusted, in Miami County, years before the industry went on its own marketing binge to prove the value of the body healing itself through proper alignment and daily care.  He was one of the first Piqua ‘professionals’ that my dad sought out when we moved to town in 1965.

But more, it was his reputation of making people feel better that helped build a practice that would eventually lead to four of his five children – Kent, Greg, Scott and Alisha – entering the chiropractic field themselves.  Today, the Booher Chiropractic Center on West High Street stands as a testament to the area’s trust back then, and Connie Booher’s reputation for healing people.

“I believe in what I’m doing,”  he once told me.  “I believe that the body will heal itself, given the proper chance.  To a lot of people that makes more sense than pills and shots.  If you can believe, it’s easier to believe in the natural process.” 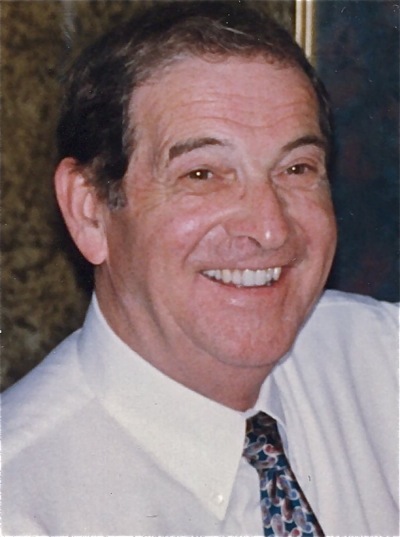 “I believe in what I’m doing.  I believe the body will heal itself, given the proper chance.  That makes more sense than pills and shots.”

But more than a medicine man, Booher was an interesting man – imbued with a love of nature and animals.  For years he raised and trained standard-bred horses – trotters and pacers – and loved to share his passion and hobby for racing with patients during treatments.

For years he embraced friends like Dr. John Morris, and others, who shared his engagement with the people of Piqua, and Miami and Shelby counties.

He had a personality that lent itself to patients from every walk of life.  That smile…he was as comfortable treating a farmer with a twisted sciatica as he was a desk secretary with carpal tunnel disease.  Connie Booher always made you feel like you were going to get better because he was was a man without pretention.  A smoker, Booher would sometimes put you on his table and light a cigarette before going to work.  Then, just before he began his adjustment, he’d take a drag, lay it down, and go about his magic.  The point was…he made you comfortable, and confident, that he knew exactly what he was doing, and what the outcome of his treatment would be.

For years I was proud to call him a friend – a resource.  And in his latter days I always made it a point to share appreciation of his skills and reputation with him during his infrequent visits to the new office on West High Street.  I’m hoping as I write this that he’s reunited with John Morris, with my dad, and others who welcome him.  Somewhere, somehow, I hope Black Ranger (one of his best horses) is running a 1:58 mile.

And to his wonderful family left to miss him, understand.  I don’t mean to be glib;  but Connie Booher was so good, and so cool, before a lot of people understood and appreciated his gift to Piqua and Miami County.

He was an icon among those who helped people in a ‘measurable’ way.