The Southwest District of the Ohio High School Athletic Association held its annual Scholar-Athlete Reception Wednesday to honor its best and brightest and support their future growth at the next step.

“It’s not just about tournaments and championships,”  added Bixler.  What he meant was…this is our finished product – scholar-athletes leaving high school to pursue something other than All-American status in their respective sports at the next level.  From nursing to chemical engineering and nearly every field in between, these tennis, swimming, football, wrestling, volleyball, softball, and basketball players will rise to be leaders in their future fields.

In addition, OHSAA representative Kathleen Coughlin was onhand to present individual awards of $1,000 on behalf of the Ohio High School Athletic Association, including one to Versailles High School’s Liz Watren…and to Fort Loramie’s Joe Ballas.

Covington’s Paige Boehringer received the Bob Huelsman Honorary Scholarship, and classmate Gray Harshbarger was similarly honored for is achievements with a Southwest Board scholarship. 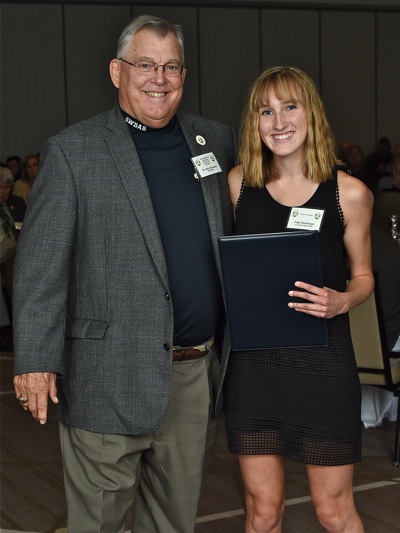 “This is our 26th year of doing this,”  added SWDAB board member John Kronour, the superintendent of Springfield Northeastern schools.  “And support for our scholarships comes from 50-50 drawings at tournament sites, and T-shirt sales.  So when you buy a 50-50 ticket…this is where that money goes.”

And for the statistically minded, of the 44 athletes receiving awards on Wednesday, 35 of them graduated high school this spring with a 4.0 GPA or better.  Six others graduated with a 3.9. 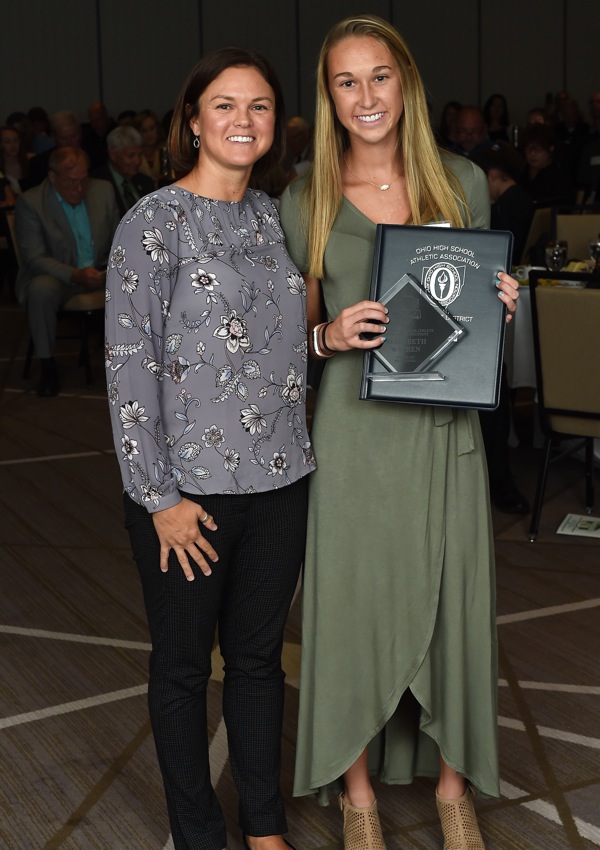