From The Tourney: CJ In Line For Repeat, Beats Van Wert

Chaminade-Julienne pitcher Nick Wissman started slow, but finished with a flourish, pitching the Eagles to a Division II title showdown on Sunday with Gilmour Academy.

AKRON — There is a large gaping and flapping hole on the left thigh of Chaminade-Julienne pitcher Nick Wissman’s gray baseball pants that gets bigger and bigger as the season progresses.

There is no hole in his pitching, though, as Van Wert discovered Saturday afternoon in the Division II state high school baseball semifinals, a 7-1 C-J victory.

Wissman, a 6-foot-1 senior, wobbled briefly in the first inning and then he not only slammed the door, he put two Yale locks and three dead bolts on the rest of the game.

After giving up a run and two hits in the first inning, he retired the final 20 batters and the C-J juggernaut advanced to the state finals for the third straight year and are in pursuit of a second straight championship.

Wissman will be at shortstop Sunday afternoon for the final against Gilmour Academy — and his pants might make it.

“It was the first game of the year and I slid and there was a little hole,” said Wissman. “Every time I slid after that it just got bigger and bigger. We were doing good so I wasn’t going to stitch it up they way we were rolling, so I just went with it.”

Van Wert scored a run in the top of the first on a one-out infield single, a stolen base, an error, another single and a sacrifice fly. 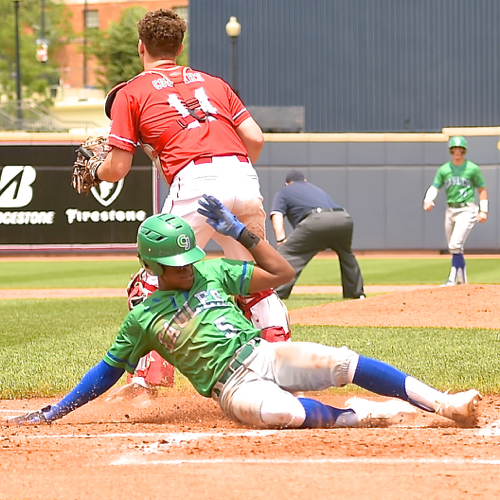 AJ Soloman was the first to cross home plate for CJ in Saturday’s semi-final win.

From then on Van Wert couldn’t get a whisper off Wissman who entered the game 10-and-0 with a 0.93 earned run average.

“Nick got off to a little bit of a slow start, giving up that run in the first,” said coach Mike Barhorst. “That gave him a little kick. He threw 20 pitches in the first and finished with 28 total, so he took over. It looked as if his velocity went up five or seven miles an hour.”

Wissman, headed for the University of Dayton as a preferred walk-on, finished with a flourish, striking out the side to end it.

“One of my coaches told me I retired the last 20 and I had no idea until they told me,” said Wissman. “I was just trying to focus on one batter at a time and limit anything from getting going and pound the strike zone.”

His smile broadened when he talked about striking out the side to end it and said, “I wanted to close it out as best as I could. We had a game, our regional semi (Granville) when we were up 3-0. I was out there for the seventh and let one run across and the tying run was out there. My mind-set was like then — just shut the door and don’t give them anything.

After Van Wert scored in the first, C-J quickly retrieved that run in the bottom of the first when opposing pitcher Lawson Blackmore, a Miami of Ohio recruit, began his day by walking A.J. Solomon and Andrew Simones. Wissman advanced both runners with a sacrifice bunt and Sebastian Gongora launched a sacrifice fly and it was 1-1. 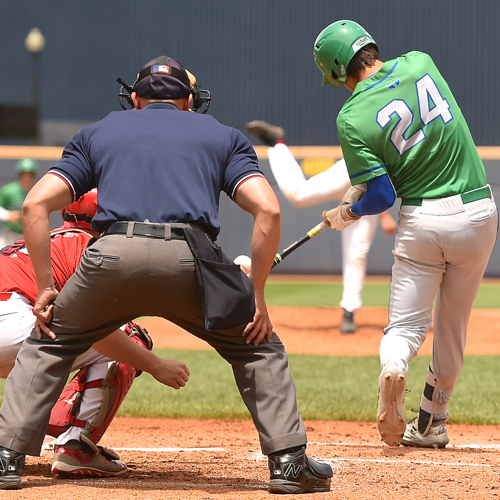 Sebastian Gongora went two for two, scored a run and had three RBIs.

“My mindset then was that is a new game,” said Wissman. “The offense had my back and I was pretty focused the rest of the game.”

Focused? He was focused like a World War II bombardier with his eyes on the scope.

The Eagles scored two runs in the fourth, all Wissman needed. It began when Wissman struck out, but reached first when the ball eluded the catcher. Gongora singled to put runners on the first and second with no outs. Jack Huffman bunted into a fielder’s choice for the second out.

C-J scored three more in the fifth, way more then Wissman needed. It began with a leadoff single by No. 9 hitter Andrew Tillman. Simones was hit by a pitch and Wissman walked to fill the bases. Gongora lined a two-run single to center.

“Offensively, that’s kind of our game plan,” said Barhorst. “We try to wear ‘em down, make them throw a lot pitches, put guys on base to put pressure on the defense. We put a ball in play and one error leads to another error and we have two runs.” 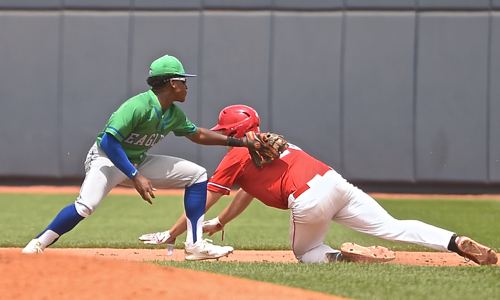 Uh, the runner was called safe.  You make the call.

Gongora, who had a two-run single in the last inning of last year’s state final game to beat Wapakoneta, had two hits, drove in three and scored a run.

Leadoff hitter A.J. Solomon was on base three times via two walks and a single and scored twice.

The Eagles enter the final game on a 22-game winning streak with an extra mission. Barhorst is retiring after Sunday’s game, 10 years into his career at C-J and needs that one more win for his second straight state title and his 152nd career win.

They’ll keep it in the family, though, as Mike’s son, Todd will take over.

“This is unbelievable, all the years I’ve been here,” said Barhorst. “We had a lot of lean years at the beginning. The success we’ve had is a testament to these guys. They have a will to win. They get down a run in the first and never believe they are out of a ball game.”

And what is Barhorst going to do? “I still play and I’ll do that, but mostly I’ll relax.”

Said Wissman, “For sure, this is for coach. He is a great coach, given so much to us. He has had a great career, regardless of what happens tomorrow. He has been so crucial to our success and it is so much fun to play for him. We just want to see him win one more.”

And for sure they will retire Wissman’s britches. 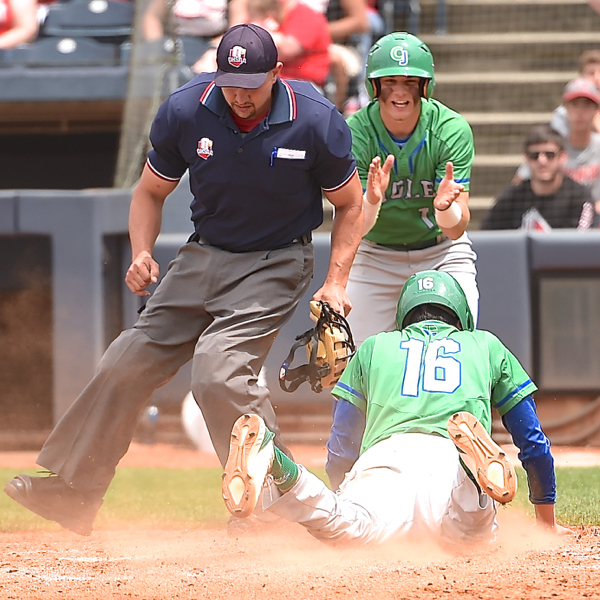 CJ’s Nick Wissman scores with Andrew Simone cheering him on as he slides across the plate.

“The Spot” Restaurant, in Sidney, is proud to be the official sponsor of the 2019 OHSAA State Baseball Tournament on staging.pressprosmagazine.com. 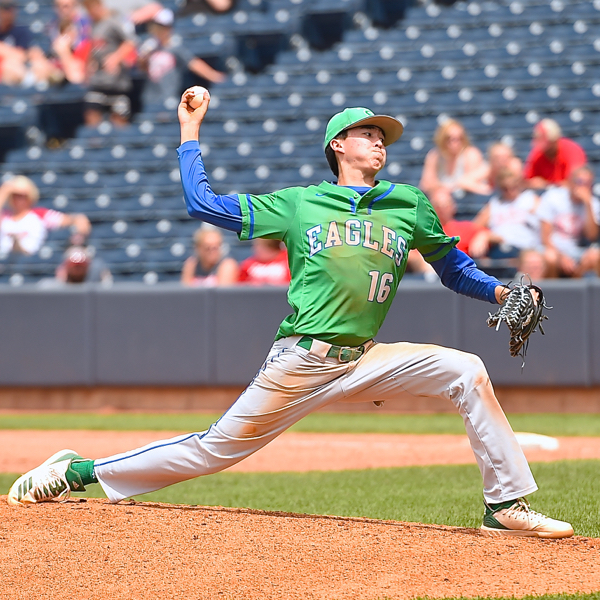