Canzone goes to Diamondbacks In 8th Round, Magno To Tigers In 15th

A pair of Ohio State juniors selected by Arizona and Detroit, respectively, are expected to sign contracts, and have played their final game for the Buckeyes.

Columbus – It sounded as though Dominic Canzone was at a night club with laughing and chatter in the background as he spoke on his cell phone, but there was more going on than small talk and a band whose lyrics were unintelligible.

This was pretty big stuff for the Ohio State All-Big Ten right fielder. Or, it should be written, probable former right fielder, even though he’s a junior.

Canzone and his family and friends were celebrating his being chosen in the eighth round of the Major League Baseball draft by the Arizona Diamondbacks on Tuesday.

MLB.Com reported that the signing bonus for his slot was $170,000. That is not a bottom line, but an approximation as the figure could rise or fall depending on what happens with the team’s other picks.

“All smiles, man,’’ Canzone said. “It was tears of joy. I broke down a little. This has been a lifelong dream that I’ve been working for. Being able to go to a university like Ohio State and starting my freshman year, I had so many resources in my coaches and teammates from the start. Ohio State exposed me to so much that helped me develop as a player and person.’’

Buckeyes closer Andrew Magno thought he had a chance to be taken in the fifth or eighth rounds, but waited until the 15th to hear his name called by the Detroit Tigers on Wednesday.

Both players are expected to get their assignments for the summer in the near future. Canzone said he might start with teams in Hillsboro, Oregon, or Missoula, Montana. Magno could be headed to Lakeland, Florida.

Draft experts predicted that Canzone would be taken between the fifth and seventh rounds, but there is so much deception and misinformation by teams that no one can tell until the pick is made.

Canzone was picked apart for lacking foot speed and for a swing that they said was more raw power than good mechanics. He did lead the Big Ten in batting with a .374 average and hit .345 with 16 home runs and 43 runs batted in for all games. There was a team record 58-game streak of hitting safely.

Only Michigan outfielder Jordan Brewer, a third round pick by the Houston Astros, was as good as Canzone in conference.

“I’m not looking too much into that,’’ Canzone said of the pre-draft critiques. “I’m just happy to be a Diamondback. I’m excited for the future and what it will bring.’’

The 2019 season was a breakout for him in that he went from hitting three home runs as a freshman and four as a sophomore to 16. He always hit for a high average.

Tommy Weber, his coach with the Brewster Whitecaps of the Cape Cod League last summer, and now his agent, had Canzone pull his hands farther back. That brought on a power bat.

“I swung hard and was no longer casting with my hands,’’ he said. “That was a big thing for me. It was really cool when the ball started flying. It was fun.’’

Twenty to 25 major league teams worked out Canzone during a pro day last fall, but his focus always was on the upcoming season.

“I stuck with my coaches stuck with my teammates and having that Big Ten championship (to play for) was huge,’’ he said. “You know you are leaving Ohio State with a championship on your sleeve. It was an unbelievable season. I only focused on the draft after our season.’’ 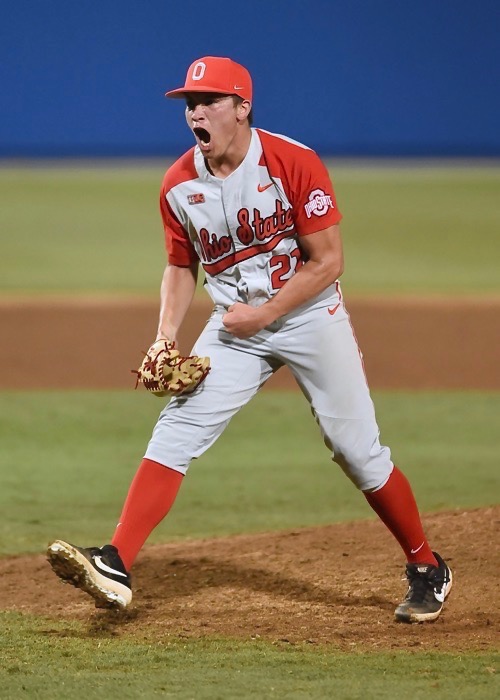 Magno, a junior, was getting attention weeks before he was voted the Big Ten Tournament most outstanding player for saving all four of Ohio State’s victories. He had 14 saves in 31 games after totaling 20 appearances his first two seasons.

There would have been no NCAA Tournament had he not pitched 3 1/3 innings in a 3-1 victory over Nebraska in the championship game.

Still, that’s pretty good for a preferred walk-on. You read that correctly. He didn’t receive a dime in scholarship money coming out of Dublin Scioto High School in northwest Columbus.

“I heard my name and then they called me,’’ Magno said of the draft. “We talked a little bit and will talk a little more. It’s an opportunity to live out a dream. It hasn’t sunk in yet. I just want to start. It’s one thing to get drafted, but now the work starts. It’s another adventure with baseball starts.’’

Walking on didn’t necessarily put a boot in Magno’s behind to show the world.

“It wouldn’t have mattered,’’ he said. “You have to work hard at it. Those first two years were growing pains and I had to figure it out. Coach (Greg) Beals always talked about consistency. You want to get better.’’ 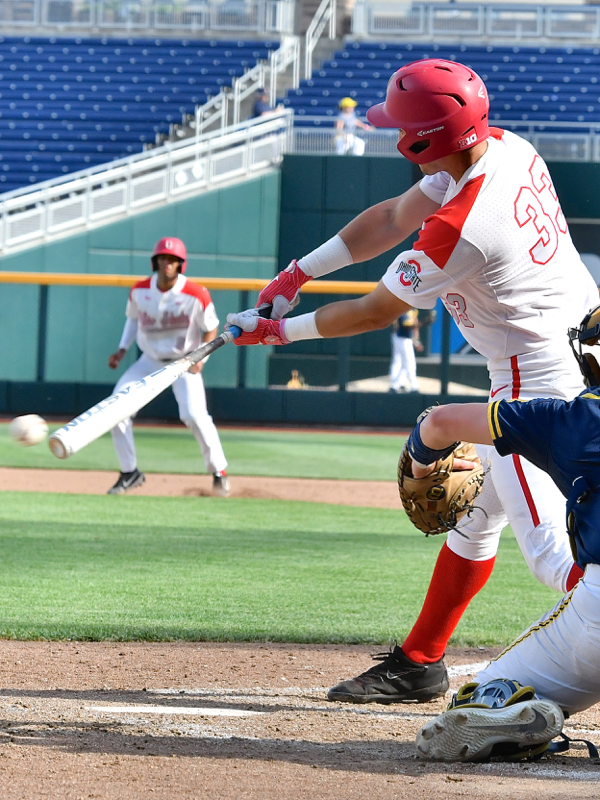