Requiem For A Season? OSU Runs Dry In NCAA Regional…

Too many innings on Saturday?  Who’s to say?  OSU loses early lead to fall to Indiana State and sees its season come to a disappointing end.

Nashville – The game time temperature was 86 degrees and the thermometer wasn’t nearly finished rising when the first pitch was thrown in Ohio State’s elimination game against Indiana State in the NCAA Tournament. The hope among the 200 or so of its fans was that there would be just a couple more ounces of fairy dust left in the bats and gloves.

Less than 19 hours earlier, the Buckeyes needed 13 draining innings to take out McNeese in a losers’ bracket game that lasted 4 hours, 33 minutes.

The Sycamores might come from a so-called no-name conference, but their track record screams that they held their own against the Big Ten in non-conference games with victories over Purdue, Illinois, Michigan State and Michigan.

And they did the trick once again.

Indiana State took the lead for good with four runs off sophomore left-hander Griffan Smith in the sixth inning and ended the Buckeyes’ season with a 10-5 victory on an afternoon that was better suited for life underneath an awning on the porch with a cold drink rather than steamy Hawkins Field on the campus of Vanderbilt University.

The Sycamores (43-17) came into the tournament as Missouri Valley Conference champions and ranked 23rd by D1Baseball.Com and 25th by Baseball America. 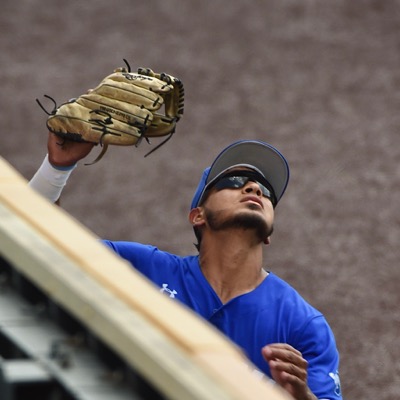 It was a sour ending for Ohio State (36-27) after it had dug deep playing sensational baseball the final three weeks of the season, and that included a second conference tournament championship in four seasons.

“My comments are going to be relative to this group of guys and what they became and who they became as competitors from a team standpoint,” coach Greg Beals said of his ninth Buckeyes team. “I’m just really proud of how we got to a point in the season when we had our backs to the wall and came out with our fists at points in adversity. That’s when you find character, and that character was revealed in the last three weeks. That’s what i’m proud of. I’m disappointed in the results of today’s game, and that hurts. There is a hurt inside. It hurts because we have a vision of the next step (a super regional).”

Team captain Dominic Canzone, a junior right fielder, might have played his last college game as he is said to be a high pick in this week’s Major League Baseball draft. He said fatigue was not a factor.

“I thought we had something left. We had some long doubleheaders (during the season),” he said. “We were prepared.”

Smith was being asked to do a lot. Yes, he was on six days’ rest, but he started two games in the Big Ten Tournament, the second on two days’ rest in the championship game.

In the first inning, he gave up two runs on four hits and came close to having the coaching staff calling it a day for him. Pitching coach Mike Stafford visited the mound after he had given up three straight stinging singles and a walk to give up a run. 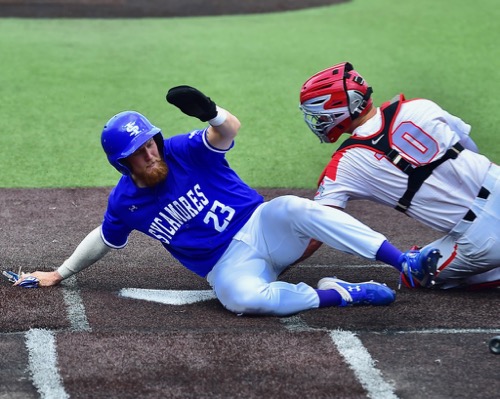 After Smith hit the No. 6 batter with a pitch, four players sprinted toward the bullpen along the left field line to start getting loose. He struck out the next two batters to end the inning, but had thrown 24 pitches.

His teammates had his back in scoring three runs in the bottom of the first in a single by Brady Cherry and majestic two-run homer to right-center by Conner Pohl to give Ohio State a 3-2 lead.

The lead grew to two runs on a two-out, run-scoring single by Zach Dezenzo in the third. Dingler scored after leading off with a single to center that almost took out pitcher Tyler Whitbread.

Smith got Indiana State (43-17) in order in the second and third innings, but left fielder C.J. Huntley was a thorn with a nine-pitch at bat before making the second out of the third on a fly to right.

Joe Boyle led off the Sycamores fourth with a no-doubt-about-it home run to left . There was another one-two-three inning by Smith in the fifth, but he was on fumes in the sixth in giving up three hits and four runs that made it 7-4. He threw 107 pitches.

“I was a little tired, but I came out and competed and gave it everything I had,” Smith said. “I missed spots and they barreled the ball up. That’s the way it goes sometimes. We were going to take it inning by inning and went by how I felt. Absolutely, I did (have some adrenaline left).” 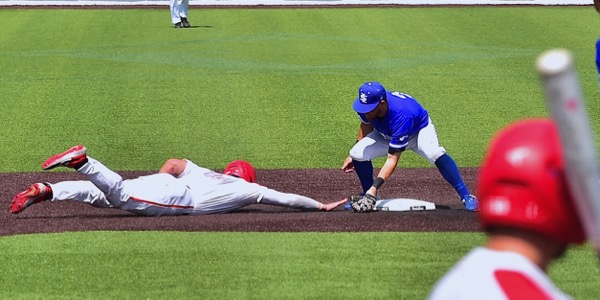 Turning point in the fifth…Dillon Dingler gets picked at second base. “That hurt,” said Greg Beals.

The turning point had to be the fifth when Dillon Dingler led off with a double, but was picked off by Whitbread by perhaps 6 inches. Cherry and Pohl followed with clean singles, but they were stranded.

“I thought we did a really good job all day (of getting baserunners),” Canzone said. “We just couldn’t barrel up some balls, but that’s baseball. I’m just happy how we competed – not just today but the entire season – and I’m proud of how we went about our business. Not too many people can say they are the champions of the Big Ten.”

True freshman T.J. Brock gave up a a run in the seventh as the Sycamores took a four-run lead.

Ohio State made it 8-5 in the seventh on a Brent Todys single up the middle, but by then Beals’ bullpen was tapped out. Closer Andrew Magno threw 90-plus pitches against McNeese and was shut down and set-up man Will Pfennig had thrown 32 in that game. 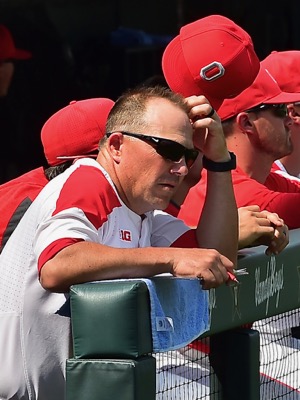 What a season…”We had a lot of young talent that played, and talent that will return,” said Greg Beals. “Now we have to go to work and improve.”

What a season it was for the Buckeyes after they spent most of the first 45 games puzzling the coaching staff and fans with up and down play. Things began to change when they won two of three games at Penn State in Week 7 of the conference schedule. They swept Purdue the final weekend, but needed a Minnesota victory over Northwestern on the final day to get into the conference tournament as a seventh seed.

You know the rest. Ohio State came from behind to defeat Michigan 2-1 in a combined one-hitter in the conference tournament opener and had the wherewithal to defeat Maryland 3-2 in a second-round game that was suspended by rain and completed the next day.

Minnesota beat them 6-2 in semifinal game No. 1, but the Buckeyes advanced to the championship game with an 8-6 victory.

The 3-1 win over Nebraska for the hardware and automatic bid to the NCAA Tournament is something fans and those in the program will remember for years to come. Cornhuskers fans packed TD Ameritrade Park to the tune of 17,503 for the second-best single game attendance figure in the nation this season.

Ohio State knew it would be running uphill from the start in the Nashville Regional when it got the fourth seed and was pitted against Vanderbilt, the No. 2 seed in the 64-team tournament. The result was an 8-2 loss before a sellout of 3,626 on Friday night. 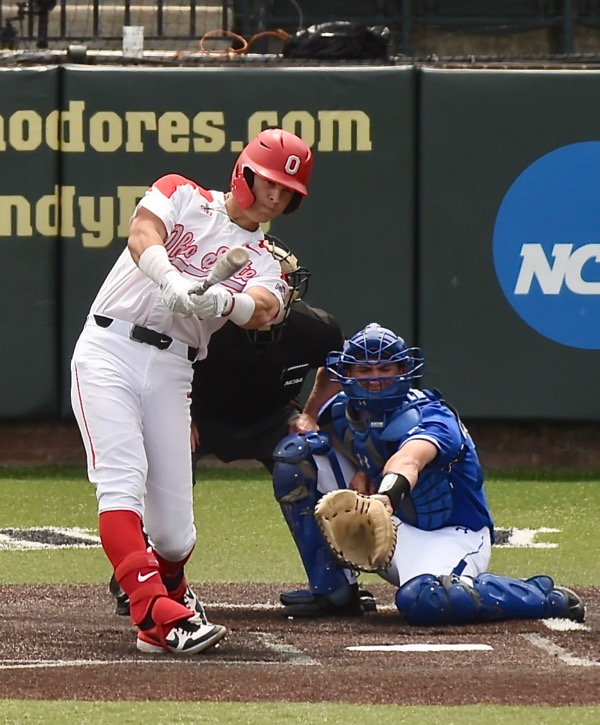