There’s at least one ex-Buckeye in Nashville this weekend who doesn’t worry about the next game, the next opponent, or even what comes next. She already knows.

(Ed. Note:  From time to time we feature ‘encore’ posts of popular stories from the past.  When we first posted this one during Ohio State’s 2019 NCAA regional baseball appearance in Nashville, we figured it might create a stir.  It did, and recently someone asked us, “Is Roz still around?”  As far as we know.)

Nashville – They say that Nashville is a town of stars, fiddlers and freak shows, if you’re into alliteration. It’s a town of dreamers and doers. People come here looking for their pot of gold at the end of the rainbow, and there’s no limit on how you can find it. Hence, one of the most unusual stories from this weekend’s Nashville experience.

Born Rosalyn Clouse in March, 1959 (and apparently your birth month means everything in her business), she grew up a Buckeye and for fifty six years lived and worked in Ohio while earning a degree in criminology. But there was always something that others chose to overlook.  Or, in her words…disrespect.

“I have a gift,” she says. “I’ve had it since I was a little girl. My aunt had it, too, but she always told me I had a better gift. She would tell me, ‘Girl, you got the gift of knowing’.” And what ‘knowing’ meant was…she could see the future before it happened. Roz grew up…‘psychic’.

“I worked for nine years in law enforcement, and I helped solve some crimes that no one else could. But no one ever took me seriously. No promotion, no opportunity, and no respect. There came a day when I realized I was in the wrong field.”

Finally, she left to seek something better for herself, not knowing where that might lead. She contented herself with being a wife and mother, but that didn’t pay the bills. So, in 2000, at the age of 41, she began a different career, as a ‘psychic’. 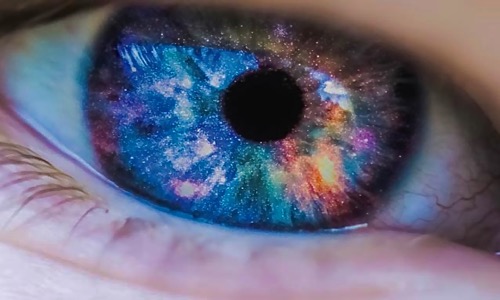 “I never advertised, I just began working through word of mouth. People would come to me and I would help them. If they could afford to pay me, they did. If they couldn’t, they didn’t.”

“I had different instincts and an ability to reach people who had been gone for years. I found that I could connect people with their loved ones that had passed, and truthfully, that was more interesting and satisfying than reading a deck of cards and predicting someone’s future.”

At which she is very good. Lest you scoff on the basis of religion or concerns about witchcraft, I recently asked a clergy friend about those with the ability to discern the future. Is it a gift, or a curse?

“It’s definitely a gift,” he said. “And I believe that God gives different gifts to different people. I don’t know why, but I’m certain that he does. And I don’t question God.”

But if you’re one to question, consider this example of her ability.

We met in 2012 through an associate who happened to be a friend of her ex-husband. And while having lunch in the Columbus airport two summers ago, while we both waited on flights, I did the unpardonable – the unthinkable to a psychic. I doubted her ability, and the validity of her ‘gift’. 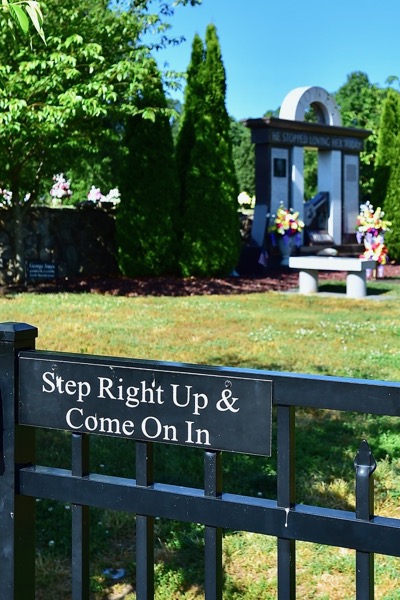 If you know the lyrics, the irony of this invitation is totally off the wall.

“You have money in your wallet, some bills, do you not?” she said. “What if I tell you what they are?”

“You have four hundred dollars – two hundred dollar bills, three fifties, two twenties and a ten. Am I right? And if you doubt, would you like for me to tell you the serial numbers?”

I was stunned…because she was right. I had just come from the bank earlier in the day. I knew exactly what I was carrying and she could not POSSIBLY have known through anything other than…her GIFT.

She worked that gift for several years, moving here and there between cities, but ‘Roz’ could not find her niche. Then, three years ago with her children grown, she went out on her own, leaving Ohio for Nashville, in her words, “to become part of the freak show.”

“I knew some people working in the area and they encouraged me to come down…because I could do things that others couldn’t. I knew that I could connect the curious and passionate with their favorite country stars that had passed on. It’s an odd way to make a living, but that’s what I do.”

And now, almost exclusively, no longer struggling to find legitimacy for her talents. She’s so convincing her clients rarely question.

“I don’t advertise,” she says. “People just find me through others I’ve helped.”

And how legitimate is her gift? At precisely 9 am Friday morning she met me at the Woodlawn Memorial Gardens here in Nashville. Destination: George Jones’ gravesite – ‘The Possum’ – and a demonstration of what she does for people seeking to make contact with their heroes.

“Last month there was a couple from Kentucky that contacted me about connecting with George Jones,” she shared . “So they came to town and we came here to Woodlawn, to this very spot. I found him quickly, and very receptive. He knew immediately who the couple was and why they were there… and shared that he remembered meeting the woman’s father at a show years ago at a state fair – remembered signing a couple of album covers for him. People on the other side have perfect instinct and recollection of their natural life. They remember even the slightest details. They are…perfect in every detail, just as we’re told in the scriptures. We connected for about fifteen minutes and everything he shared was accurate. The woman was in tears because George was her daddy’s favorite country star, and there was no possible way that this could happen without reaching Jones himself. When I finished she went to her car and brought out the two album covers signed by Jones, exactly as he had described – inscription, date, everything.” 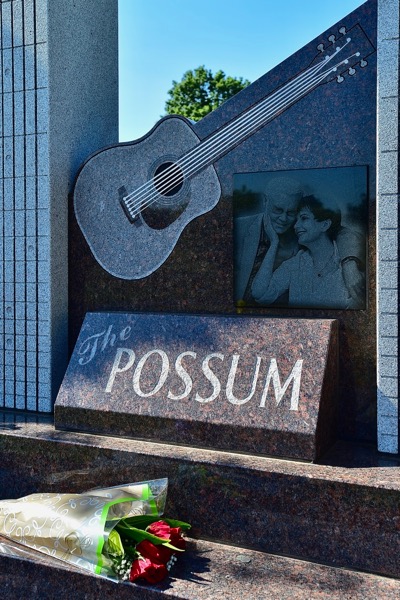 For whatever reason she couldn’t connect with Jones for me.  It’s not perfect, or a science, she confesses. But for those interested in more information about George in the after life….?

“Well, people ask me all the time if he and Tammy (Wynette) are together, and they’re not,” she insists.

And who are the stars most asked about?

“It depends on the age of people,” she says. “A lot of the older people want to know about Conway Twitty and Porter Wagoner, because they were so popular. But everyone seems to have someone different.”

Her time doesn’t come cheap. A forenoon of her time can cost you as much as $500…cash! And she’s sharp as a tack.  Besides her criminology degree she knows state and federal tax laws like the back of her hand.

“I gave it away for years,” she says of her skill. “I’m not doing it anymore. And given the uniqueness of what I do they don’t seem to mind. I’m not reading palms or predicting people will find love anymore.”

She’s busy enough that she limits herself to working just three days a week, and rarely more than one client a day. She eschews photos and publicity because she doesn’t want “quantity”.  She wants to do, in her words, “quality work”.

And of course it was just too much not to ask her about the Buckeyes’ chances in this weekend’s NCAA tournament. Any ideas?

“I never do anything with sports, or lotteries,” she confessed. “Too many addicted gamblers and desperate people. It’s dangerous.

“But”, she added. “I can see that they (the Buckeyes) are a really nice group of kids. And a couple of them, in particular, seem to have a very bright aura around him. That’s a good thing.”

She gave me an agitated stare as if I hadn’t been listening.

So if you want to know more about how they’ll do, content yourself with listening to Matt Andrews and Bob Spears on Buckeye radio. There’s baseball this weekend here in Nashville.

And something a little different from the talent you’d normally expect to find here, in ‘Music City’. 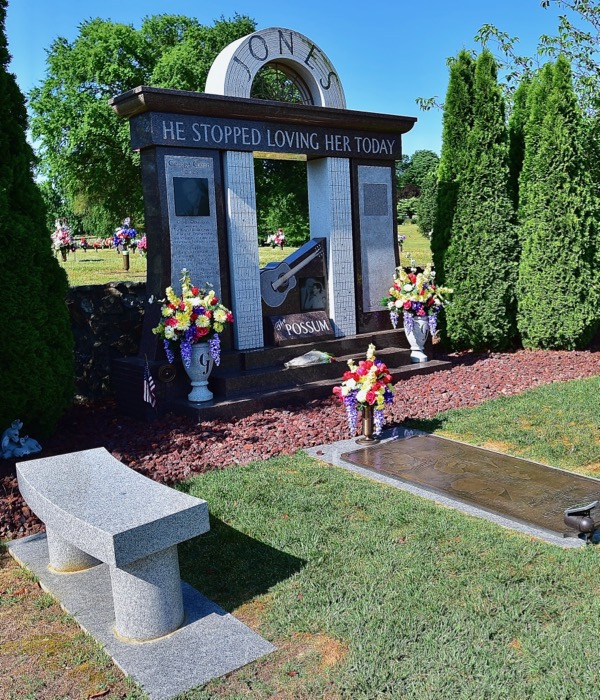 Hundreds come to the grave of country legend George Jones. But some come for something more than a photo - a more intimate encounter with the legendary singer. (Press Pros Feature Photos)