Russia High School’s Jenna Cordonnier and Anna High School’s Griffin Doseck have been selected as the 2018-19 Press Pros female and male Scholar Athletes of the year for the Shelby County League, as selected for their combined athletic and scholastic achievement.

Griffin Doseck capped an outstanding three year career in basketball at Anna by leading the Rockets to the Division III regional finals, the first time an Anna team had reached the penultimate level of the state tournament in a decade.  Along the way he was named Shelby County League Player of The Year, District Player of the Year in Div. III, First Team All-Southwest District, and First Team All-Ohio in Division III.  Scholastically, he graduates with a 4.0 GPA and scored a 31 on his ACT exam.  He plans on attending Capital University in the fall to study Biology.

Russia’s Jenna Cordonnier participated in three sports for the Raiders (volleyball, basketball, and softball), but it was in volleyball where she made the biggest impact as a team captain for the 2018 league champions, named First Team All-SCL her senior year, team MVP, and broke school records for assists in a season, for career, and individual match.  She finished her volleyball career with more than 2,000 assists.  She also served as a team captain in basketball for Raider teams that won the 2016 and ’17 district championship in Division IV, and led the Raiders in free throw percentage her senior year (77%).  In softball he helped the Raiders to three consecutive league titles (’16, ’17, and 2018).  Scholastically, she graduates with a 4.0 GPA and plans to study marketing at Wright State this fall. 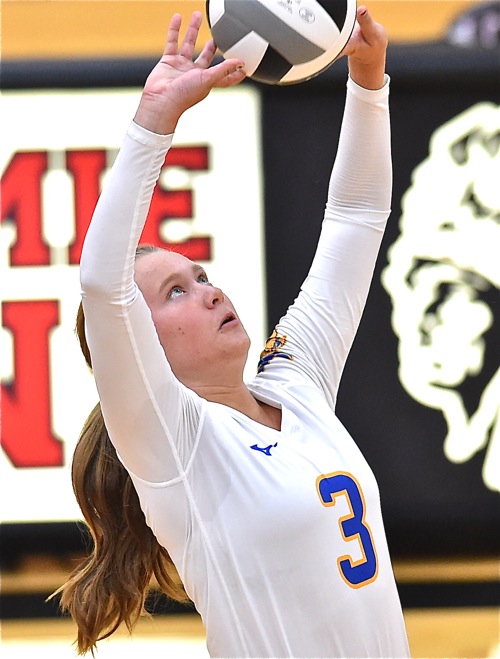 “I’ve learned to stay 100% positive, and never, ever give up on anything.”  – Jenna Cordonnier

“Sports has taught me a lot about perseverance,”  said Doseck in his application essay.  “I went through surgery to repair my shoulder prior to basketball season and the rehab and physical therapy was tough.  There were times when I wanted to quit, but I pushed through and was ultimately cleared to start the season.  The hard work paid off as I and my team ended up having a very successful season.”

“My experience has taught me in three areas,”  says Cordonnier.  “To be a team player, to appreciate learning experiences, and how to be a leader.  I learned that things will not always go your way, and that hanging your head will not do you, or your team, any good.  I learned to stay 100% positive, and never, ever give up on anything.”

Cordonnier is the first Russia student-athlete to receive the sponsors’ award through Press Pros, while Griffin Doseck is the second Anna athlete to earn the honor, as selected by a panel of retired teachers and counselors.  Each will receive a $2,000 scholarship to help fund the next step in their scholastic career.

Presentation of the awards will take place on Wednesday, June 12,  at 6 pm, hosted by The Bridge Restaurant, in Sidney.  The public is invited to attend. 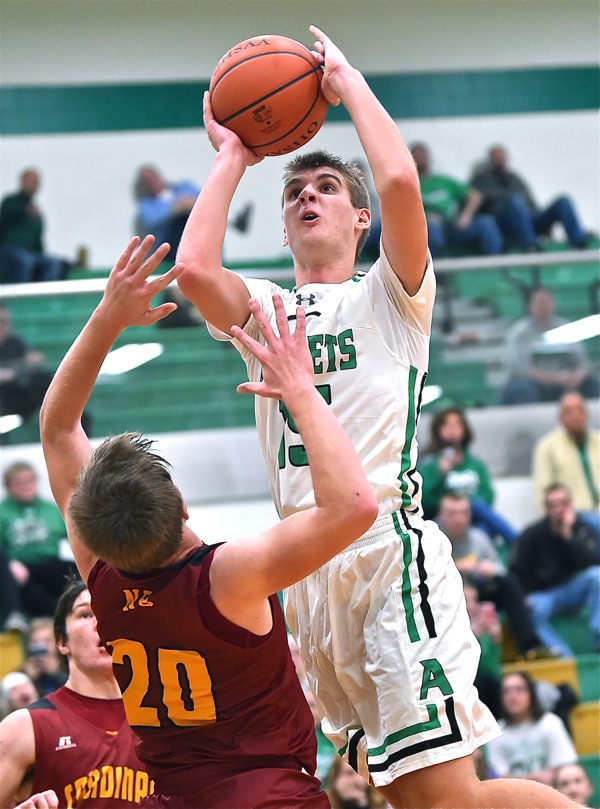