What a shock, eh!  Thursday’s shutout over Purdue again contained another sizeable dose of unsung contribution from a couple of guys no one saw coming back in March.

As has become my custom, the first guys I looked for in the post-game box score following Thursday night’s 7-0 ‘do-or-die’ shutout win over Purdue…were backup catcher/DH Brent Todys and second baseman Matt Carpenter.

Because…since their respective insertions into the Buckeye lineup – Todys back in February when starting catcher Dillon Dingler broke a bone in his glove hand, and Carpenter in early April after starting second baseman Kobie Foppe struggled to hit – good things, and more of them than not, have happened to the now 29-24 Ohio State lineup.

How good, and how much?  Well, when I predicted in February that the Buckeyes WOULD win 30 games this year neither Todys (whom I barely knew) or Carpenter figured into the calculation.  Bench players…backups…and handy to have just in case.  As it turned out, that case became manifest much sooner than anyone knew.  And once it did, both made their contribution a matter of ‘manifest destiny’.

Todys had hit .259 with 7 home runs, his seventh coming in the seventh inning Thursday, to insulate what at the time was a slim 1-0 lead over Purdue.  It ignited the Buckeye offense, as Brady Cherry followed an inning later with a three-run bomb that pushed the margin to 5-0.

Carpenter went 1 for 4 in the win, and like Todys has hit .259 this year in just 139 plate appearances (36 for 139) that includes 6 doubles and a pair of triples.  But more, he’s played a steady and dependable second base with just 4 errors in 71 attempts, a .970 fielding average.

“Preparation,”  is the byword of Greg Beals when you ask him about Todys and Carpenter.

“I went to Virginia last year to watch Brent Todys play in a college summer league and I saw a young man who can catch and who gives you good at bats at the plate.  No one prepares better than Brent Todys for a baseball game.  He competes at a very high level. 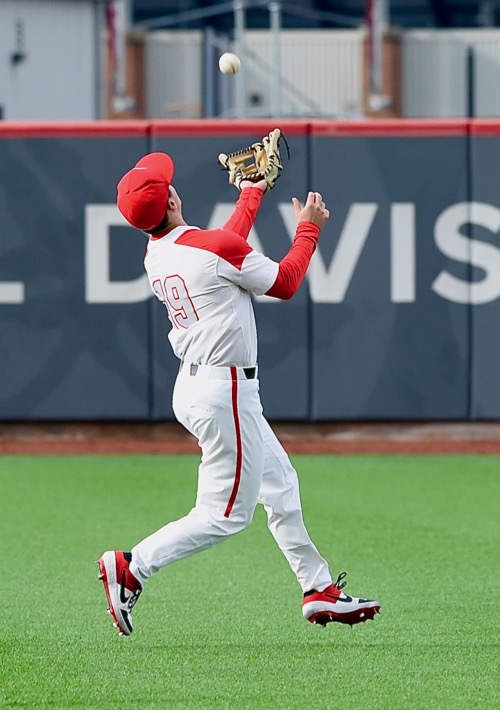 Second baseman Matt Carpenter has made the most of his opportunity to play – just 4 errors in 71 opportunities why hitting .259.

“And ‘Carpy’ has done the work here and waited for an opportunity.  And when the opportunity came he was ready and made his contribution.”

And neither had done it expecting attention and accolades.  Both Todys and Carpenter have been the quintessential ‘team’ player in terms of dividends received.

“I never thought of it as being pushed back or passed over,”  said Carpenter recently. “My focus has always been on working hard, being patient, contributing in other ways when I’m not on the field.  I just want to be a good teammate.”

“This is what I dreamed about in high school,”  Todys said back in February.  “Being a part of the Ohio State University baseball program means so much.  I always read about it on social media, wanted to be in those shoes.  It’s like something I can cross off my bucket list.  It’s the same game I’ve always played, but now I have family and friends watching.  No jitters anymore, I just go out and play.  I know my role and I’m excited about it every day.”

But one thing’s certain now after 53 Buckeye baseball games.  Whatever ‘manifest destiny’ has in mind for this team, don’t discount the fact or the contribution of two guys no one factored on back in February.  There is little margin for error this weekend, and if they’re in the fight in Omaha next week they wouldn’t be there it it weren’t for Brent Todys and Matt Carpenter.

‘Unsung’ now…by only the unknowing! 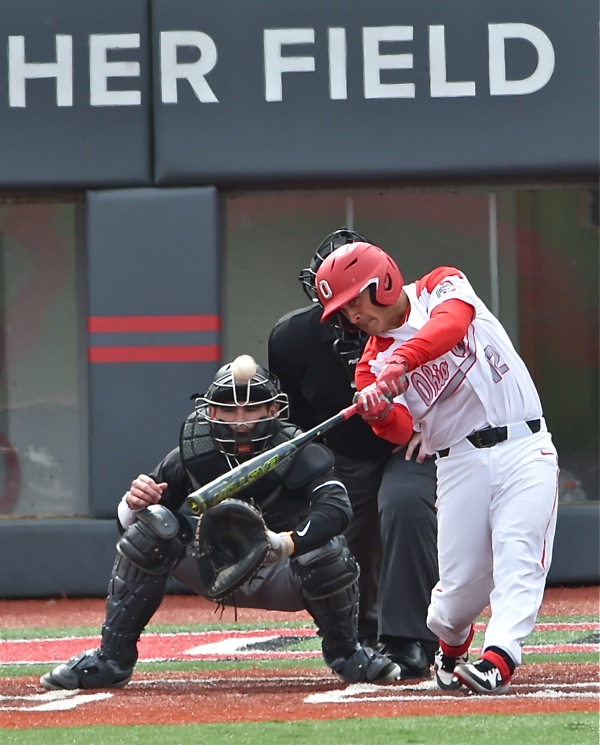 Brent Todys' steady play behind the plate, and at the plate, has resulted in a .259 average and 7 home runs. "He competes at a high level," says Greg Beals. (Press Pros Feature Photos_