After an hour’s wait and a lot of head scratching, the opening game of the Ohio State-Minnesota series was postponed Friday night, rescheduled for a doubleheader on Saturday.

Minneapolis –  Had they started when Friday Big Ten games normally start they would have gotten it in.

As it was, because of Fox Sports’ scheduled broadcast of Friday night’s Ohio State-Minnesota game they waited, and waited, and waited some more for a passing rain storm to go by.  After an hour and ten minutes , and the storm having passed, they decided not to play at all.

The games can be heard on www.OhioStateBuckeyes.com, beginning 15 minutes before first pitch, and you can read about the resumption of the weekend series on Press Pros.

Garrett Burhenn and Seth Lonsway are the scheduled starting pitchers for the Buckeyes.  Minnesota sophomore Max Meyer will be the starter for the Gophers in game one. 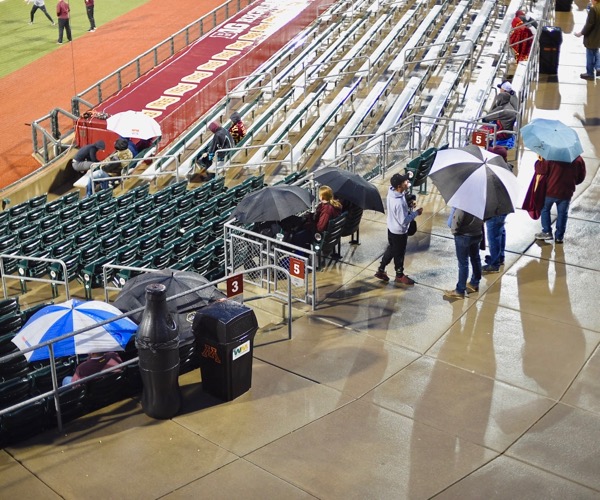