If You’re Hired To Be Fired…Why Bother?

The revolving door for coaches is in full forward, coming and going, and in some cases the victims of circumstances out of their hands. So isn’t hard to understand…why anyone would want to do it at all? 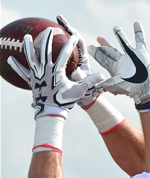 If you haven’t taken the time to listen to the Lance Schneider ‘First Person’ interview…you should, especially if you’re interested in high school sports.

If you’re one of those who naively believes that public school football and Friday night lights were meant to last forever, watch, listen, and consider. For sixteen years one of southwest Ohio’s best football coaches and a Friday night fixture, Lance Schneider now admits that he’s not the same person he was during all those successful seasons at Northmont High School.

Maybe the same coach, and that remains to be seen as he was just hired to take the place of Steve Channell at Miamisburg – but he’s not the same person.

He says in the interview that he’s paid a dear price for an error in judgment – for remarks made in an email to an associate coach.  And you wonder…if the price hasn’t taken its toll. A toll that many of us are fortunate to escape for our own mistakes in judgment. As Schneider points out, “A locker room statement, only I wrote it [down]”

I’ve always liked Lance Schneider because I’ve found him to be a willing interview – open, informative, and highly knowledgeable of his craft. There used to be a lot of guys like him – willing to be available, willing to state facts about the obvious. Not so much anymore.

Coaching has become something akin to walking through a mine field – like serving a tour of duty in Afghanistan. The joke has always been about the profession – you’re hired to be fired.  But now…you not only do you have to win games, but you have to be politically correct in explaining why you don’t. And if a parent asks why Johnny isn’t playing, stating the obvious – telling the truth – may get you the door. 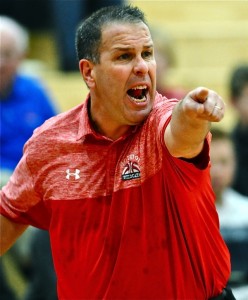 Brad Francis was recently let go at New Bremen after just one season as the Cardinals’ head basketball coach.

There have been a lot of coaches let go this year – football and basketball – while others, like Tipp City’s Matt Burgbacher, simply left his old job (at Troy) on his own.  He moved down the highway to coach at Tipp City.

Some have been let go because they didn’t win enough.

In other communities they’re saying that so-and-so didn’t create the proper culture – didn’t make it enough of a priority, over family and self preservation.

Some were let go over personal differences between coach and administration.

It makes you wonder why anyone does it, when you talk with men like Schneider and observe how one incident – one mistake – can create what former Texas basketball coach Abe Lemons once described as sorrow in your soul. Always a good quote, Lemons, who died when he was 80, said before his passing that he was sure he would have made 100 if he hadn’t tried to coach.

There are, of course, those who defend the firing of coaches by saying they’re simply concerned over what’s best for kids, the old catch-all excuse when you don’t have a better reason for doing something.

But instability – changing coaches every time there’s an issue – has never helped kids. Too demanding, too harsh, too set in his ways, expecting too much…all of that’s better if the kids know what to expect going in – better than the routine of learning a new coach.

I was very lucky over the years that I played. In high school the man was Jim Hardman – had been there for years and you knew where you stood from day one.

In college it was Marty Karow…tougher than anyone I had ever played for before, but he would have been fired before sundown if he’d tried to coach in today’s culture. Because, as I listened to Lance Schneider explain, Karow made many of the same kinds of mistakes and no one dared to even question him. He won, by the way, nearly 500 games at Texas A&M and Ohio State and turned out men that would go on to be makers of even better men, and men who now grace halls of fame.

But today we don’t want men (and women) like that – those that build, win, and promote a culture of success above sensitivities over hurt feelings and misunderstandings – who occasionally dare to offend.  And if that’s the case, then what?

A day, I believe, when every coach is just like the next – kinder, gentler, not so demanding, understanding, and willing to say what you want to hear, instead of telling you the truth. Those that would let your kid believe that it’s good enough to do the best you can…and never discover what ‘best’ actually is.

The realization of “you’re hired to be fired” in this culture will someday lead men like Lance Schneider to say, “Why bother?”

“Bunkers” is proud to sponsor coverage of Miami Valley League sports on PressPros Magazine.com in 2019-20. 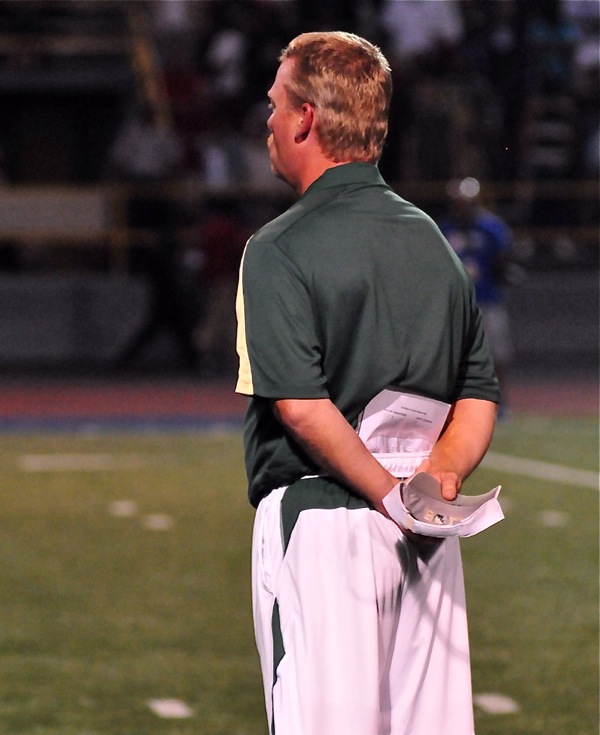 After sixteen seasons with Northmont Lance Schneider (above) finally gets a second chance at coaching, having taken the Miamisburg job last month. (Press Pros File Photos)