The Time Is Now For The Buckeyes….

Having another doubleheader this weekend, the Buckeyes are faced with addressing their place in the Big Ten standings, and gettin’ while the gettin’s good.

The Buckeyes stand ninth in the Big Ten conference standings, ahead of only Purdue and Illinois, and just behind Northwestern (who swept them two weekends ago) and Maryland, who can show you all you don’t want to see on a given day. That is, some days they’re good; and some days they have’t been good – a little like the Buckeyes.

The Terms are hitting at a .235 clip, about 40 points lower than Ohio State, and they’re batting order is highlighted by freshman Max Costes, his .285 average and 6 home runs. 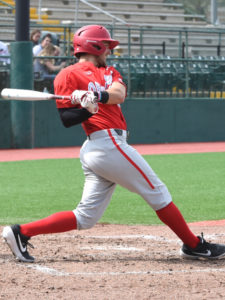 Dominic Canzone is hitting at a torrid pace, .458 over his last seven games.

But those are just numbers. The troubling part about Maryland has been their inconsistency. They’re 18-19 overall, have won against Northwestern (2 of 3), and they’ve lost (3 straight) to East Carolina. More, they lost this past Tuesday in a non-league game to James Madison, 14-1, and the box score of that game looked like a train wreck.

So, which Maryland will the Buckeyes see? Well, traditionally the Terps have been a tough out for Ohio State, but that was before the coaching change two years ago…and that was when their pitching staff was rich with experienced talent. Now, they’re young…a lot like the Buckeyes.

Because of Friday’s rainout they’ll play two games later today (they’re third doubleheader in three weeks), with freshman Garrett Burhenn (5-1, 3.16) and Seth Lonsway (5-3, 3.88) taking the mound for the Buckeyes. That’s at least even with the prospects of facing Parsons and a yet-to-be-named starter in the second game…and hitting-wise the Buckeyes (20-17, 4-5 in the Big Ten) want to believe that the Terps have not faced the kind of hitting they’ll see presently from Dom Canzone (.364 and 10 home runs) and Brady Cherry (.322, 8 homers, and 31 rbis).

We’ll see. No one here is using the term “do or die”, but with Iowa and Minnesota directly ahead, on the schedule and in the standings, they CAN do the math. They have to win this series (and a sweep would help) if they hold hopes for a spot in the Big Ten Tourney.

They need to get wins…while the gettin’s good. 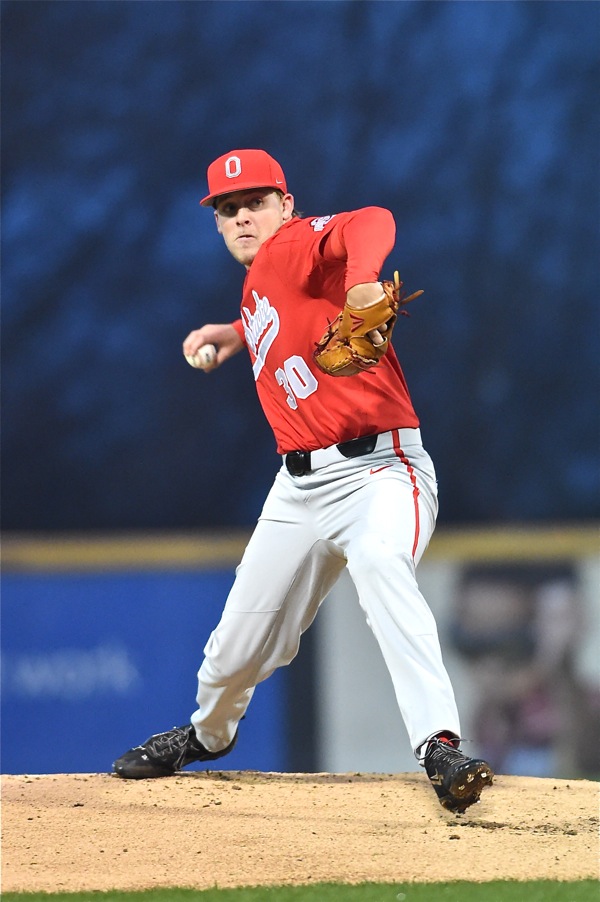 Freshman Garrett Burhenn will anchor one of the two starting duties in Saturday's doubleheader for the Buckeyes. (Press Pros File Photos)