The ex-president used to mention it all the time day.  Your congressman and senator talk about it.  But no one has yet to answer my letters and emails to explain just how much ‘your fair share’ of tax on income really is.

Federal income tax deadline always reminds me of a statement my dad often made in the latter years of his life.

He used to say, referring to the common phrase used by politicians, “Before I die I’d like one of them to explain to me…just what is my ‘fair share’, and how they determine it.”  He didn’t make it.

Of course, he was referring to the amount of taxes paid by Americans, and presidents and members of congress have abused the phrase ‘fair share’ for generations.  But none more assiduously as the former president, Barack Obama.

Assiduous, by the way, means to be diligent, unrelenting…and that’s what Obama was when he talked about the “middle class”,  assuring them that one day soon he would make the “rich” pay more than they’re presently paying in federal income taxes – their ‘fair’ share.  But in fact, in his eight years, I think we all did.

Now, Obama is gone, but replaced by mouthpieces like Alexandria Ocasio-Cortez and her movement to tax those earning more than $600,000 up to 70% to pay for proposed entitlement programs, like free college tuition and MediCare for all.

Like Dad, I’m at the age now where I’d like to know what ‘fair’ is, tax-wise, and how it’s determined.  I’ve asked countless elected officials over the years, and I’ve sent countless correspondence to Washington asking for an answer.  No one’s ever given me one, face to face, and I’ve never heard from any of my emails, either!

It doesn’t seem that hard to figure out.  For the sake of ‘fair’, if everyone, regardless of income, paid 15%…that would seem to be fair (and simple), and a long way from what Ocasio-Cortez wants.  Yes, we’d have to spend less (she doesn’t want that either), but is that not how you and I manage our own personal budgets?

As it is I paid 25% of my income in federal taxes again last week.  And when you count what we all pay in the other taxes…sales tax, real estate taxes, estate taxes, etc…that figure can come close to claiming 70 cents on every dollar you earn.

A friend of mine from Ross County really gets his hackles up over the term “fair share”.  Officially retired now, he works as a very skilled handyman…cash only – money that cannot be tracked.  “It’s the only way I can maintain the standard of living I think I deserve after 65 years,”  he claims.

“I’m sure I paid $75,000 last year in taxes.  And people probably think I’m rich because I simply live the way I want and do what I want to do.  But that’s not the case.  Every time you turn around you’re paying another, different tax – income tax, property tax, gas tax, inheritance tax, school tax, and taxes for things I don’t even use.  This is why I favor a ‘user’ tax on all this stuff, and quit paying for that which you already own, like property taxes.

Of course, the “rich”, as they’re disparaged, do pay a lesser rate on ‘capital gains’, that money earned through investments of one kind or another.  But we all have the same opportunity, or privilege.  If I sell a piece of property or other investment holdings, I only pay 15% on the profits I make on that transaction.  That’s not only smart, it’s good.  It encourages people to save, invest, and build personal wealth…so as not to be a financial burden on others.

But as it was, Obama wanted to see the capital gains advantage abolished, so that investment profits could pay for those financially burdensome federal programs.

And someone will say…but they pay far higher taxes in Europe – in Germany, France, and Sweden.  That’s because they’re foolish enough to do it;  and why we’re so privileged to live in the United States of America.

There is a line in the preamble of the U.S. Constitution that reads…to promote the general welfare.  I’ve read it countless times, and I’m sure the men who drew up that document didn’t mean to pay for the kind of “general welfare” that now comprises too much of the national budget.

Social entitlement programs are broke, or nearly broke, and after working 40 years and paying FICA taxes I have no real assurance that social security will last as long as I might.  What I wish is that I could have invested personally all the money that I’ve contributed since 1972.  At an average of 8% return per year in the markets  I’d be fine by now – no financial burden on anyone.

In fact, the entire preamble to the constitution reads like this.  We the people of the United States, in order to form a more perfect union, establish justice, insure domestic tranquility, provide for the common defense, promote the general welfare, and secure the blessings of liberty to ourselves and our posterity, do ordain and establish this Constitution for the United States of America.

Did you read the part about paying a fair share?  No.

Do you believe that you’ll ever read about it in the Constitution?  At the rate we’re going…yes.

But sadly, the line about the general welfare doesn’t hold much promise for those paying for ‘general welfare’.  And in a land where the constant cry is to give us what’s fair, fair is just a term where your money is at stake.

And by the way, if you don’t care, you should, while you count the vanishing days of the middle class.  And the cause of that is…paying more than your fair share! 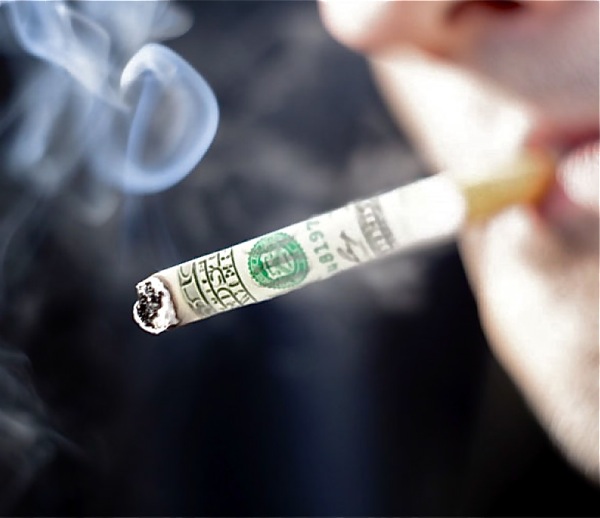 Tax dollars at work? Well, it seems that way when you consider what we pay and how it's spent. (Photo Courtesy of Sensible Taxes For Americans Group)