Northwestern pummeled Ohio State’s young bullpen and left town Sunday with their first series sweep over the Buckeyes in 39 years.  And to make matters worse (or better)…this week is Michigan week.

COLUMBUS—They need a fix here and they need it in a hurry. All is not right in the land of Ohio State baseball and testy days lie ahead.

On Sunday the Buckeyes dropped a 10-4 decision to Northwestern. The win completed a series sweep for the Wildcats and exposed multiple issues for the Bucks.

The last time Northwestern swept the Buckeyes was 1980, 39 years ago. The sweep extended the Bucks losing streak to five straight games. They are now 16-16 overall, 2-4 in the Big Ten.

Meanwhile, Northwestern improved to 14-14 and 4-2 in the conference. 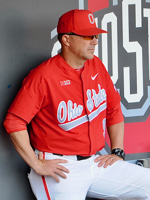 “We asked a bunch of different guys to pitch effectively this weekend and we couldn’t fine one who could do it.”  – Greg Beals

Understandably, OSU coach Greg Beals was not in a talkative mood following the game.

“I said last night, any loss is disappointing; same thing for today,” he said.

The devil, of course, was in the details.

The Wildcats scored 30 runs on 40 hits, holding Ohio State to 12 runs and 28 hits. In two of the three games, Ohio State had a lead and lost it. Saturday night they failed for the lack of a timely hit. In all three games, the bullpen was a bust, the numbers nothing short of staggering.

OSU’s relief pitchers gave up 23 runs on 25 hits, and all of those runs were earned. 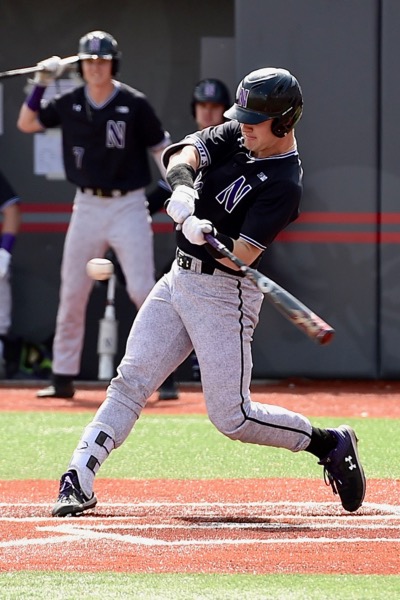 “We asked a bunch of different guys to do it (pitch effectively) this weekend and we couldn’t find one who could do it,” Beals said. “The crazy thing is last weekend Will Pfennig was really good and Andrew Magno was really good….”

This weekend, not so much. Of course, Pfennig and Magno had lots of company, too. Beals made that clear. Altogether, eight relief pitchers contributed to those ghastly numbers.

“None of the straws I pulled worked this weekend,” Beals said.

There was an exception to that statement. In all three games, the starters—Garrett Burhenn on Friday, Seth Lonsway on Saturday and Griffan Smith on Sunday left the game with a lead or the game in check.

Smith went six innings, allowing just one run on six hits and a walk. Ohio State was up, 3-1, when he was pulled.

“It was frustrating, for sure, to see (the game get away),” Smith said. “I would like to have gone back out there, but my pitch count was too high (98)…Yeah, it was hard to watch that.

“But the important thing now is that we stick together. It’s no time to start pointing fingers,” Smith continued. “We have to keep our trust.  But we have to flat out get better. We’re getting behind in too many counts. We have to go compete and pitch with conviction.” 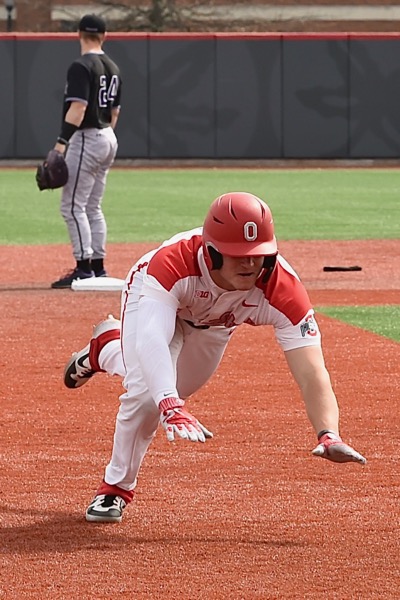 Smith was staked to a three-run lead in the first inning. Dom Canzone opened the first with a ringing double to right. He moved to third on Kobie Foppe’s right-side ground out. After Brady Cherry drew a walk, Conner Pohl lifted a deep fly ball to center good enough to score Canzone.

Up 1-0, Dillon Dingler delivered, ripping a shot to right center for a triple and scoring Cherry. At that point, Brent Todys drew a walk and Beals decided to play some “small ball”.

Todys broke for second and the subsequent rundown gave Dingler an opening to raced for home. Dingler beat the tag and OSU had an early 3-0 lead and looked as if they might be on their way to salvaging something of the series.

But, didn’t work out. Northwestern scored four in the seventh and five in the eighth against four different entries from the pen; nine runs the product of nine hits–five for extra bases– and three walks.

OSU did chase Northwestern starter Tommy D’Alise after 3 1/3 innings, but the Wildcats relief corps was as good as the Buckeyes’ short men were wanting.

In the series, the Wildcat relievers allowed two runs on 10 hits. On Sunday, OSU went scoreless from the second through the eighth. In that span, five Buckeyes reached base, two as a result of a base hit.

“They made pitches,” Beals said. “Maybe there is something to learn from that. Our talent is better but they execution was better than ours.” 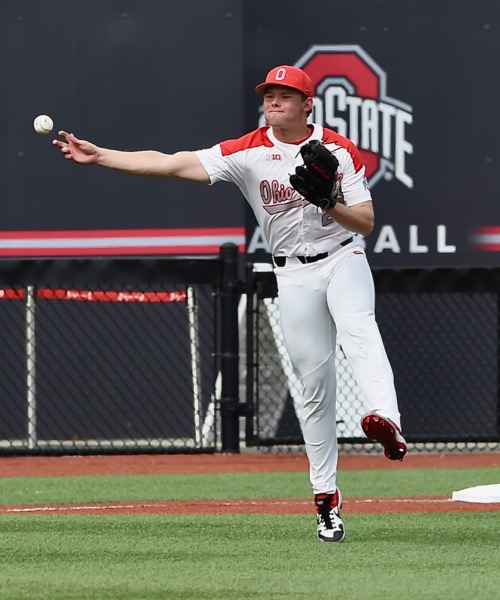 As many times as it has been said, it still bears repeating. It’s a young team and young pitchers are being asked to play pivotal roles. The bullpen is stocked with freshmen: Bayden Root, TJ Brock, Pfennig and Mitch Milheim.

“I think the biggest issue is trust,” Beals said, “trusting your stuff—pitching effectively and efficiently and making pitches. The stuff is good but you still have to make pitches. You can’t just throw a 92 mile an hour fastball belt high and expect to get away with it, not at this level.”

This was a series that could sink a team, or force it to find something inside that, thus far, has gone untapped.

If it is going to be fixed, it has to happen fast. After weekday games Tuesday at Ohio and Wednesday versus Dayton, Michigan comes to town. 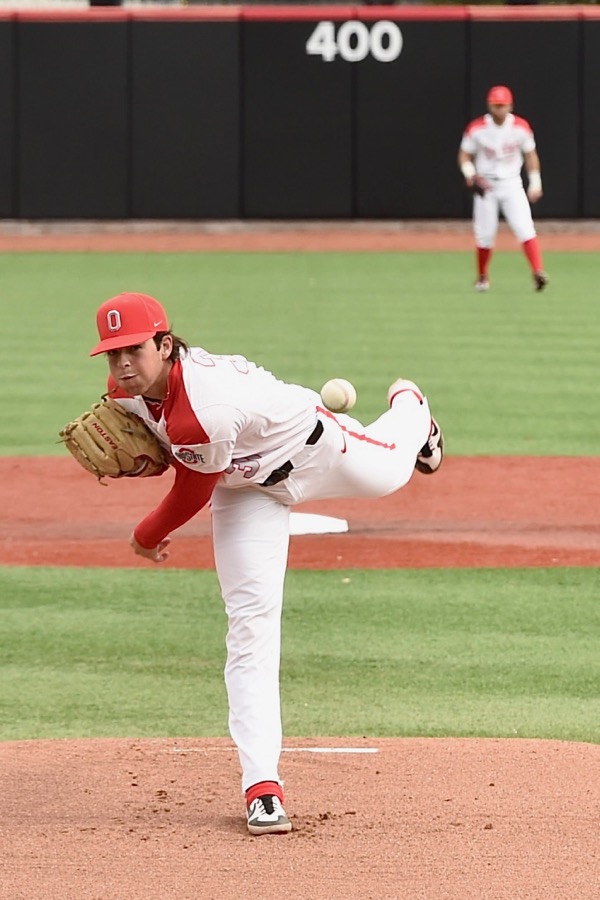