After a strong start…the doors came off as the Buckeyes’ bullpen spit, sputtered, and coughed up a 5-3 lead.  OSU suffers a loss in the series opener to Northwestern.

COLUMBUS—The best thing that can be said about Ohio State’s loss to Northwestern Friday night is thank goodness they get to play again. That’s because nearly everything OSU did in the first game of this three game series was nothing short of dreadful.

They lost, 13-5. They committed four errors, two wild pitches, a passed ball, as well as a few base running and fielding issues that don’t show up in the box score, but do stick in a coach’s craw. 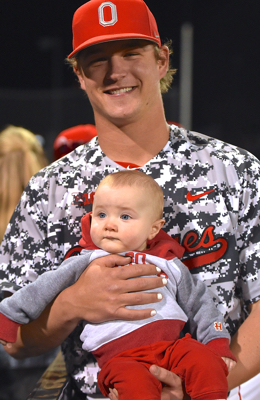 On a happier note, Dillon Dingler’s nephew was at the game to watch him play.

They scored four runs in the third inning, three coming on a bases loaded double by Zach Dezenzo, and a fifth run in the fourth on singles by Nick Erwin, Dom Canzone, who went 3-for-5, and Brady Cherry to take a 4-2 lead.

“After that, after the fourth it was as if our game just went somewhere else,” OSU coach Greg Beals said. “I don’t know. It was just gone.”

Ohio State had one hit after the fourth, Dezenzo’s second double of the game.

In one stretch—from the last out in the fourth through the seventh—Northwestern starter Quinn Lavelle retired 10 straight hitters. The sophomore lefty, 3-3 with the win, didn’t reach a two-ball-count on a hitter until Dillon Dingler reached him for a single in the fourth, when the Buckeyes had five of their 10 hits.

Righties Sam Lawrence and Nick Paciorek finished up for Northwestern, now 12-14 overall and 2-2 in the Big Ten, pitching a scoreless eighth and ninth, respectively.

The loss dropped OSU to 16-14 and 2-2 in the conference, and make no mistake it was a painful one for Beals. 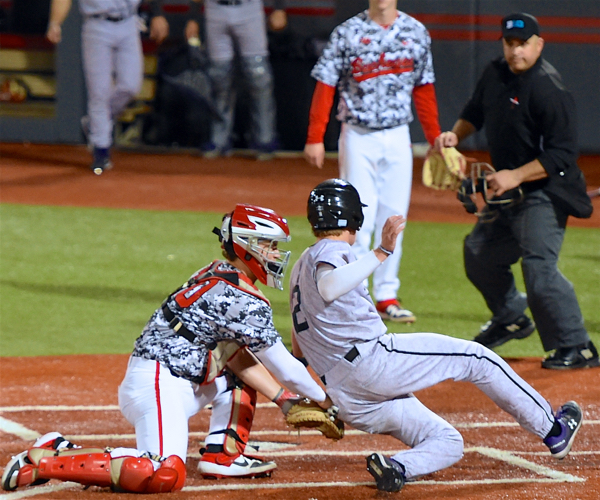 “It was a hurtful loss to the passionate human being inside me that cares so much about this game,” Beals said. “It was hurtful to the coach who is trying to prepare his team to play solid baseball from the beginning of the game to the end of the game.

Beals did credit starter Garrett Burhenn with turning in a “workmanlike performance.” 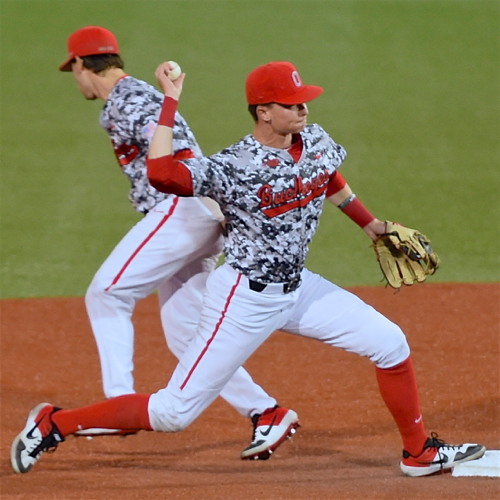 Burhenn, a freshman right-hander who has earned his place in the rotation, went six innings allowing, three runs, two earned, on four hits. He did struggle some with control, walking four. He threw 94 pitches, 57 for strikes.

“He left the game with the lead,” Beals said. “He gave his team a chance to win.”

The doors came off against the bullpen. Will Pfennig followed Burhenn and was tagged for two runs, both earned, on four hits.

Bayden Root was next he went an inning and 2/3. He gave up three hits and walked two. Five runs crossed against Root, who took the loss and is now 2-2, but only three were earned. Two errors were committed while he was on the mound, as well as a passed ball.

The worst came in the ninth. After two were out to start the inning, Root walked a batter, then allowed a run scoring double by Willie Bourbon and a run scoring single by David Dunn.

Left-hander Mitch Milheim entered the game at that point and yielded back-to-back singles, loading the bases.

Then came a moon shot by Casey O’Laughlin, a grand slam well beyond the fence in right. Canzone watched the ball leave the stadium like a falling star. 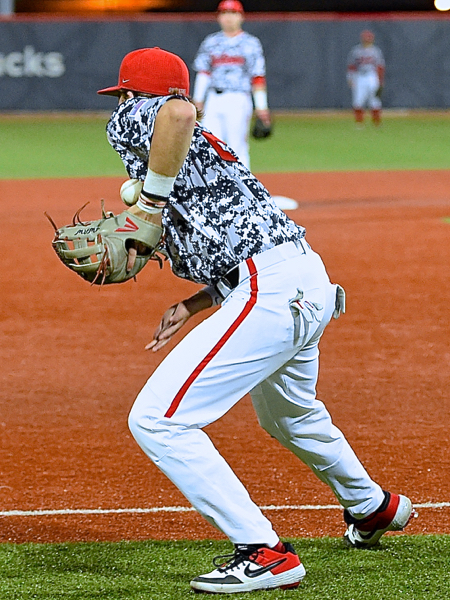 Nick Erwins struggles to control an errant throw from the outfield….

Afterward, Canzone was clearly unhappy and clearly determined to right the ship.

“I honestly just flushed this game down the drain,” Canzone said. “You’ve got to forget it. We didn’t do anything right. We have to do a better job than this pitching and playing defens.  The last three games have been awful. A lot of guys need to step up and grow real quick.”

To review, the last three games consisted of: a 3-2 loss to Rutgers in 15 innings, a 9-5 loss to Cincinnati, in which the Bucks committed two errors, a wild pitch, a passed ball and managed just six hits, and, of course, Friday night’s forgettable exercise.

“After the game, I told them we have to hold the line,” Beals said. “I ask them who (among you) is willing to stand up, hold the line, be a leader and go forward.

That’s the hour the Buckeyes will report to Bill Davis Stadium, roughly three hours before first pitch at 3:05 against Northwestern. Twenty-six games remain on the regular season schedule and none can be taken lightly. The season reaches the point where it cannot withstand slipshod play.

“We have to step up,” said Canzone. 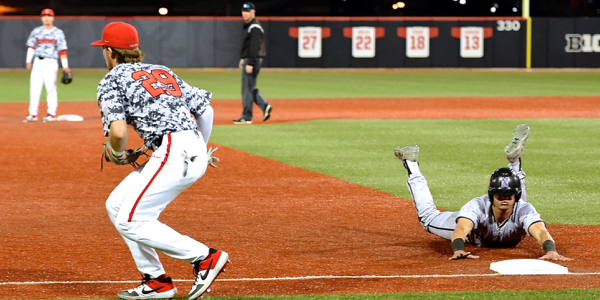 …which allowed for an extra base taken by Northwestern in Friday’s meltdown. 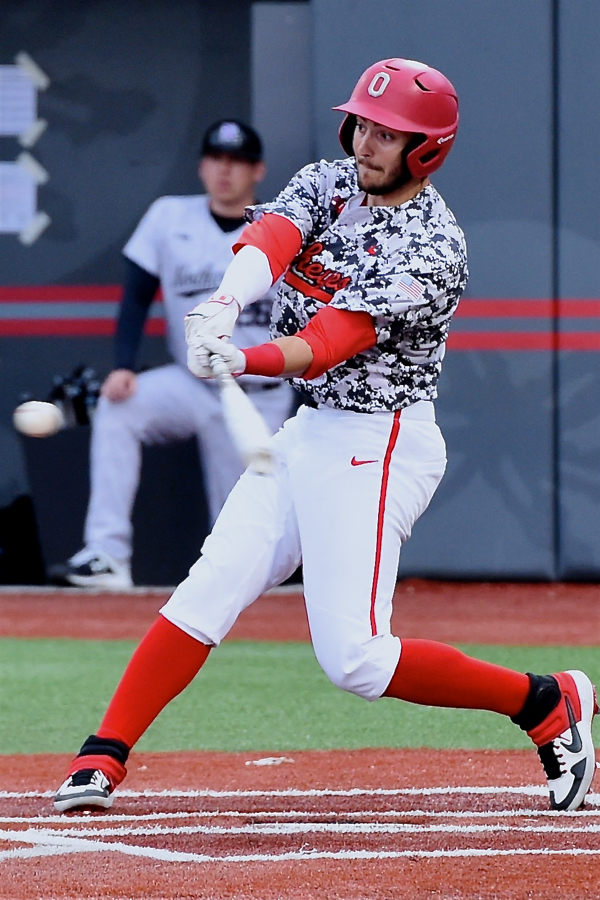 Dom Canzone had three hits on the night, but apart from that the highlights in a 13-5 loss were few. (Press Pros Feature Photos By Julie McMaken Wright)