It took years, and it took a comeback effort against a determined Columbus South team.  But Trotwood prevailed to win its first-ever title in basketball, 77-73.

Columbus – Coach Rocky Rockhold would say afterwards that he never doubted his team’s ability and resolve to come from a nine-point second half deficit to finally win the Division II state title in boys basketball.

Rockhold is human.  He’s a realist.  And he had to have some concern for his team’s prospects given that he, for once, ran into a team capable of handling the pace and pressure of playing Trotwood.

“They did a great job,”  said Rockhold.  “But, we made some adjustments, and I honestly believe that being here for the last two years really helped us today.  It helped us play with more maturity when we were down for three quarters, and people forget that we have played from behind before.  But I’m very proud of how they handled it.”

They trailed 39-32 at the break, as South simply beat them at their own game.  They beat Trotwood’s pressure defense to get to the rim for easy baskets;  and they were able to chase down the Rams’ offense and beat them at the rim with blocks and deflections.  Without a question, or regardless of denial, it caused some confusion and frustration.”

“They were yelling at each other and I saw some of them crying with frustration,”  said South guard Trevell Adams.  They were definitely frustrated.”

And some of that frustration continued into the third, when South actually built their lead to a game-high nine points. 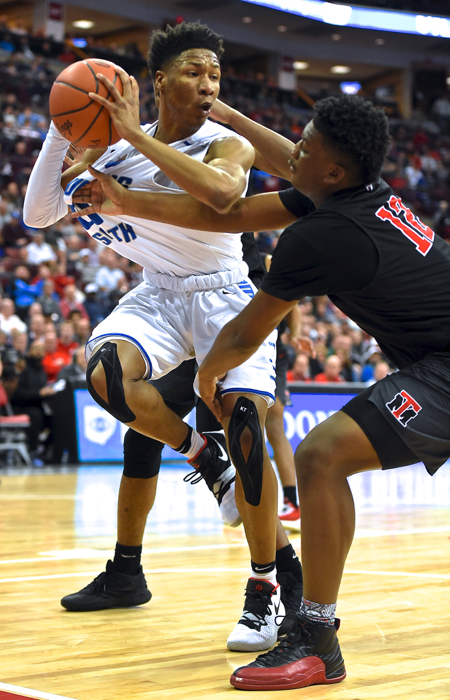 But then…Rockhold and the Rams seemed to learn from their past experience, and frustration, against teams like Akron St. Vincent-St. Mary, and Canton McKinley all the way back in 2006, when Ike Thornton’s team lost in the championship game, routed by the Bulldogs.

They quit doubling the ball in their full-court pressure, denying “easy baskets” to South, and instead began doubling the South guards in the half-court.  It worked, and it helped switch the momentum.

They gradually worked their back back with a 6-0 run at the onset of the fourth quarter and took the lead for the first time 73-72, on a stick-back basket with six minutes remaining.

However, South was hardly done and came back to retake the lead and force Trotwood to regroup and make one last charge for the lead, and the title.

That came with two minutes on the clock when senior Amari Adams (who’ll play at Wisconsin-Green Bay next fall) stepped up at the top of the key and coolly knocked down a three-pointer that gave Trotwood the lead for good.

Then, Rockhold did something you rarely see from Trotwood.  They HELD THE BALL!

“I had decided that if we got the lead in that situation we were going to hold the ball,”  he said.  “I told Tony Clemons (asst. coach) that we were going to do it and he said, ‘Are you sure?’  I said yes, and it forced them to come after us and foul.” 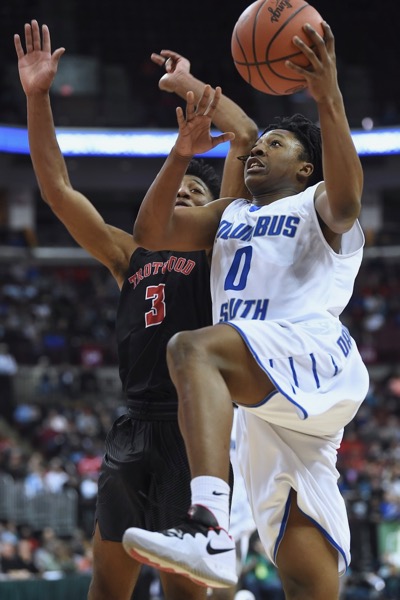 Still, South made it interesting at their own end, but missed three of four foul shot attempts in the closing minutes that went a long way towards sealing their fate.

For Trotwood, it marks their first title in boys basketball after failing in the 2006 Final, and suffering the frustrations of losing for the last two years in the semi-final round.  Amari Davis led them with a game-high 24 points, while Sammy Anderson joined him in double figures with 20 and Carl Blanton had 17.

For South Samual Barton and Trevell Adams had 16 apiece, while Marcus Johnson had 14, and Alvin Byrd had 13.

“This is how you want to end your career,”  said Amari Davis.  “I’m going to miss playing for Trotwood, my teammates, my coaches and the community support that we got.”

“I don’t have any personal feelings or appreciation for this, but I know in a couple of days I will,”  said Rockhold  “It’ll sink in that we’re state champions.  But right now I’m just feeling prideful for these kids, how hard they’ve worked, and what they’ve endured to get here and finally be successful. 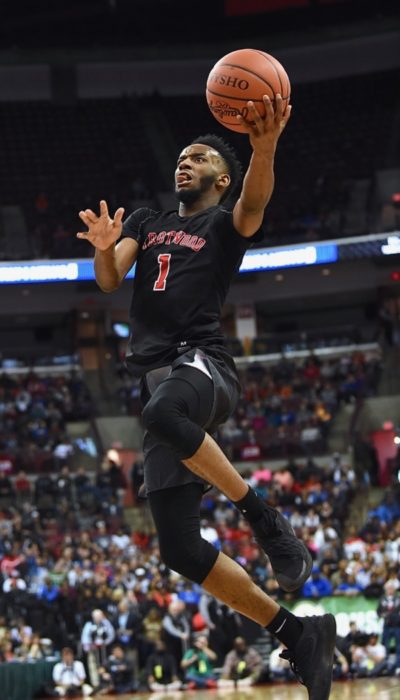 Amari Davis’ 24 points in his final game led the Rams to their first state title.

“We’ve had so much success in football, and some of these guys, like Sammy Anderson, have felt that joy and pride of winning in football.  But this is also for our community because they’ve been so supportive of the kids and all they’ve done to get here.  It’s a good feeling to finally get this done.”

Trotwood entered the tournament ranked #1 in state Division II, and ends its year with a 28-2 record.

Ironically, South entered the tournament as the state’s #2-ranked team and ends it season with an identical 28-2 record.

And if you’re looking forward to next year…South coach Ramon Spears’ Bulldogs return four of their five starters next fall.  Only senior Alvin Byrd graduates.

“It’s disappointing now, but you can’t give up as many points in the paint to Trotwood as we did in the third and fourth quarters and expect to win,”  said Spears.  “But this is a great experience and these guys will be able to regroup.”

Meaning, the 2020 title is again likely to go through Trotwood…or Columbus South! 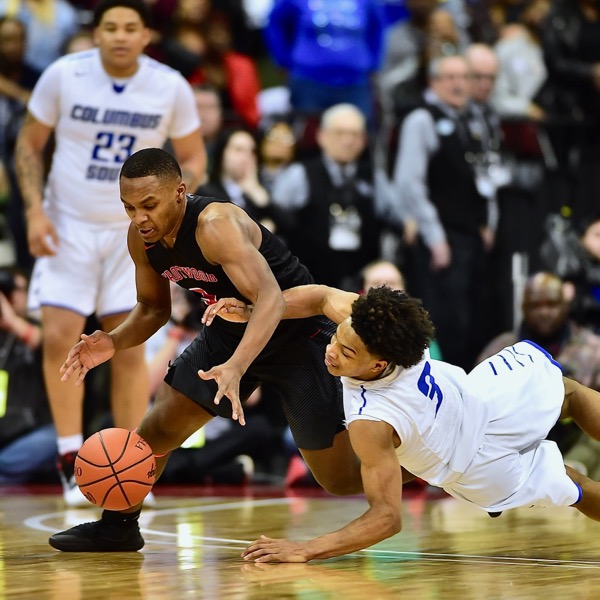