More Questions (And Some Of Yours) For Jerry Snodgrass…

The Executive Director of the OHSAA sat down at last week’s state tournament to bring clarity to issues of our and your asking. And in the end, he’ll tell you…there’s always more questions than answers, but they’re always working to make things better.

In addition to our current First Person video interview with OHSAA Commissioner Jerry Snodgrass, there were simply more questions than there was time and space to fit on video.  We never got to things like warm weather seasons for baseball and softball, for instance.

So here’s more time with the newly appointed executive head of the state governing body for high school sports. And some responses we think you’ll at least find interesting, if not what you want to hear.

PPM: We’ve talked about this for years and every time we do it seems the can keeps getting kicked down the road. But is there any chance, ever, of Ohio high school baseball and softball being played later, or even in the summer, to provide kids the same competitive weather environment that football and basketball gets?

Snodgrass: One of the issues we face in Ohio springs is that there can be huge weather differences between what you have in Cleveland, and what you have in Cincinnati. And that’s always going to be an issue with trying to make for a better competitive environment, as you mentioned. I think it was a start by moving the season back a week this spring, but even then there was so much resistance to that. This will be the first year of playing a later schedule (even a week). But as we go through it this year I’m hoping that just a week helps to open the door a bit more in people’s thinking. Maybe they will see that it’s not bad and that maybe we should continue to move it back a little bit more. Keep it in mind, too, that non-school baseball, and travel baseball is one of the big resistors to playing later in the spring and in the summer…because they view it as infringing upon their territory. And remember, too, that some of those kids who play travel baseball may have parents that are legislators, state senators, and school administrators. And while I don’t have any statistical proof of this, those kids usually play in the better programs and scenarios where they don’t see any of the challenges.  They may think the current way of doing things is still very good. 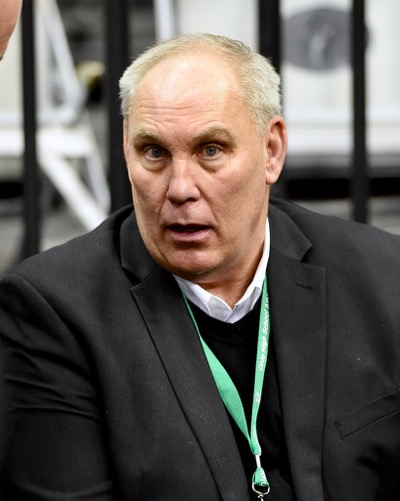 “Bowling has become one of our fastest-growing sports and we’ve attracted kids into recognition that they might not have gotten were it not for bowling.”

PPM: One of the challenges you spoke about in the past was how to make bowling a bigger opportunity for kids who don’t play football, basketball, or baseball. And for the first time this winter we covered it extensively on Press Pros and found it to be a wonderful experience. You must be busting at the buttons with pleasure over the growth and enthusiasm shown in just a few short years…for bowling!

Snodgrass: I’m telling you, I don’t brag too much but I was president of our board of control when we adopted bowling as a recognized sport. I think that was 13 years ago and at that time people looked at us like, “Bowling? Are you kidding…bowling?” I’m sure they were thinking beer frames and cigarettes and that kind of stereotypical environment, and they had no concept of what this could turn out to be. But the beauty of it has turned out to be that it attracts kids that don’t play another sport. And I feel like we’ve attracted kids into recognition that they might not have gotten were it not for bowling. It’s now one of our fastest growing sports, and there was no chance of kids getting that kind of competitive recognition prior to our adopting it as a sport. I’m so proud of being on the board at that time – not that it was my decision – but proud that we had the foresight to include bowling as one of our competitive opportunities. You look at those kids and they all have the same team shirt on, they all have the same school pride, and they all feel part of the competitive tradition of their schools.

PPM: Jerry, I spoke to better than fifty coaches and veteran basketball observers over the winter and asked them what they’d ask you if they could. And a great majority of them answered, “Ask him how we can make the state basketball tournament what it once was…and how it can be better marketed?” There’s obviously a lot of interest, or concern, over the  changes in attendance and cultural interest in tournaments, regardless of reason. Some people want to move it back to St. John Arena for tradition-sake, and tradition is important because it’s a big component in the value of the competitive experience. 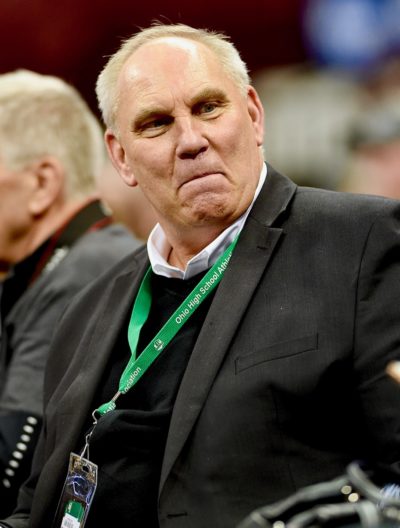 “We used to market the tournaments on HOPE – hope that the right teams won and that they would bring an enthusiastic crowd.  Now we need to do better.  We need to brand the product better and do a better job of getting the word out that IT IS a good tournament.”

Snodgrass: And I’m glad there is that concern because we’re just as concerned on our end here. Number one, we do need to do a better job of marketing all our tournaments because it’s our product – high school sports in Ohio. And since it’s a competitive market out there people have a need to know more about the tournaments so they can make a better decision about attending. For years we ran the state tournament and HOPED people would come…or worse, we assumed they would come. And I think for years our marketing plan for the tournaments was called “hope”. You hope the right teams get here and you HOPE they bring a large and enthusiastic crowd. We cannot do that anymore. Something we’ve already discussed is how to brand the tournament better. For next year we’re working to have an official logo and the event won’t be recognized as just the OHSAA tournament. We have to capitalize on the fact that IT IS a good tournament and we have to do a better job of getting that work out. There’s simply too many other opportunities from which to choose for perspective attendees and we need to differentiate ourselves and do more to compete for that interest.

To people’s issues, though, about moving it back to St. John Arena…there are simply too many issues with that to be practical. First, the facility is a technological nightmare for media people like yourself, besides not having enough space to accommodate all media that might show up. And people tell me they miss the Holiday Inn, and the popular spots that were convenient between sessions, but that’s all changed now, too.  There is no Holiday Inn, anymore. No, the obvious best choice for hosting the games is the Schottenstein Center, and for the sake of making it a better environment, and a better atmosphere, we have to do more in terms of marketing in order to better compete and make it a more desirable option. We need to do a better job of letting people know about our product. If we can do that we’ll go a long way towards making the tournament the kind of destination we all remember. 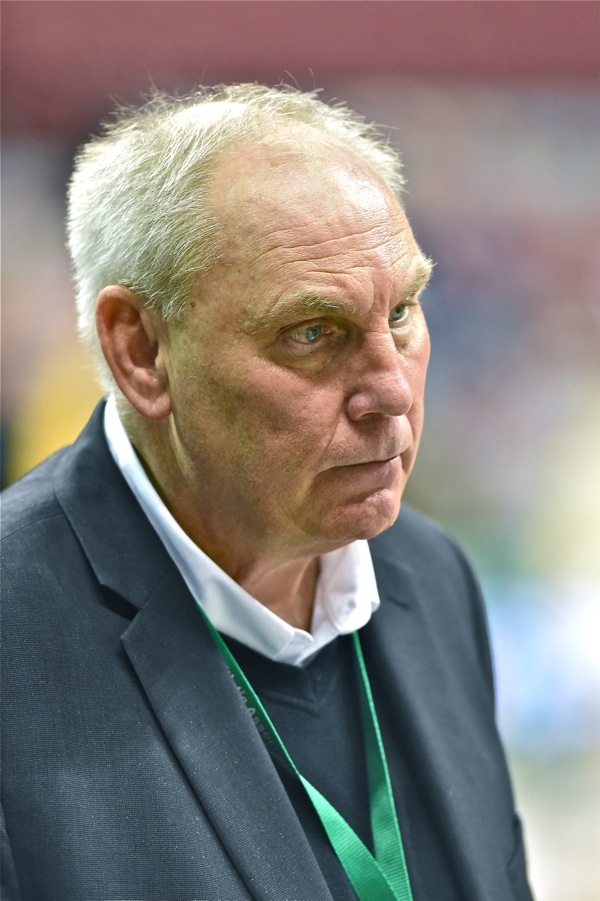 "I'm glad there's concern over the future of the tournaments, and we need to do a better job of marketing the product. There are so many alternatives now over the past, and people need to know more about the tournament so they can make a better decision about attending." - Jerry Snodgrass