Hoard: OSU Falls To .500 With Loss To Western Carolina

They could not hold an early lead, and a late surge against the Buckeye bullpen led to another exasperating loss – to Western Carolina – in the First Pitch Invitational tourney.

GREENVILLE, S.C.—They are learning, they say, but it is an unpleasant if not painful process.

After starting the season with four straight wins, Ohio State is sitting at .500, 7-and-7. Buckeyes coach Greg Beals would not divulge what his message to the team was after this loss, but it was plain that a challenge may have been delivered.

There were many somber faces as the Buckeyes left Fluor Field and later at the team hotel.

“Obviously, you can’t be happy with a loss—ever,” said Dom Canzone, whose solo home run in the seventh gave OSU a short-lived 4-3 lead. “But this was probably the hardest we’ve hit the ball as a group all season.

“We’re moving in the right direction but we need to clean-up our defense and our pitching a little bit…I know we’re 7-and-7, but it’s still early and we’re very young. We are going to find it. We got a lot of talent. We just have to figure out the pieces and parts and where they should go when.”

OSU took a 3-1 lead in the fourth on Brent Todys doubled off the wall in left to score one run and one out later, Nolan Clegg doubled to left scoring two more runs.

After Canzone’s home run, his fourth of the season, Brady Cherry hammered a single up the middle and it looked as though, OSU was about to stir something up.

But, Conner Pohl hit into a double play to end the threat and the inning. It was a slick 3-6 number and Western’s third double play of the game, none of which were run-of-the-mill. 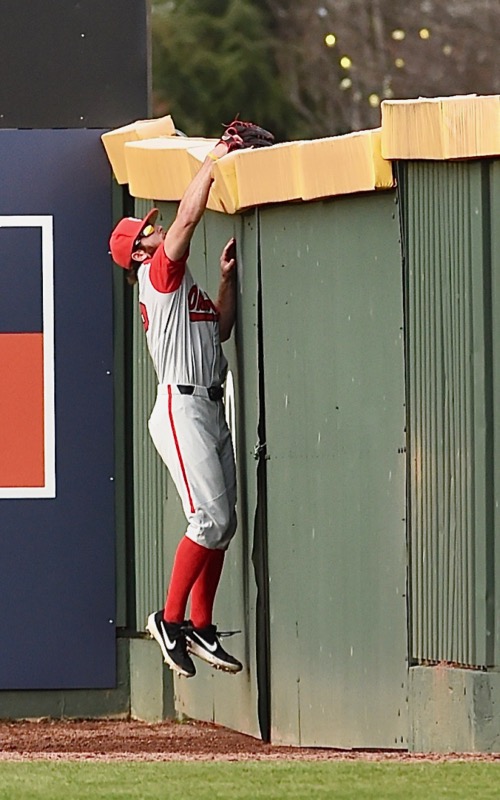 OSU’s Ridge Winand climbs the center field wall in an effort to bring back Matt Koehler’s home run in the fifth.

Then came the ugliness, the regrettable.

It started with a bunt single by Michael Goehrig. Then, lefty Mitch Milheim hit a batter. Then we get, of course, a sacrifice bunt to move the runners up. An intentional pass followed to load the bases, setting up a double play or a force at the plate.

Thomas Waning replaces Milheim on the mound. He walks three and allows a double. When it’s finally over five runs have scored and it could have been worse. Western left the bases loaded.

“That happens,” Canzone said. “You don’t like it, but it happens. Obviously, we have to control that a lot better. We’ve been giving up too many big innings and too many free bases.”

Ohio State did not slither away once the lead was lost. In fact, they may have played more intently and hit better in the last three innings than during any other part of the game.

With two out in the eighth, Nate Romans hit a home run deep to right and well beyond the wall. Ridge Winand followed, drawing a walk and when Noah West singled, it looked again like the Bucks were about to muster a rally.

But it didn’t transpire. Kobie Foppe, who continues to struggle at the plate, struck out to end the inning. 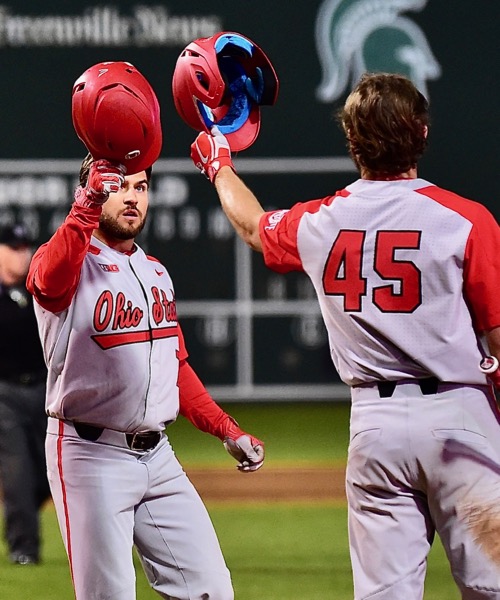 In the ninth, the Bucks fell victim to poor placement. Both Canzone and Roman hit impressive drives that were snared by Western shortstop Jalen Johnson, who was playing exceptional defense all night long.

“Those balls were scalded. If either one gets through,” Beals said, “we got a different ballgame. Who knows?”

As it turned out OSU lost the game with the bases loaded: the result of a walk and a pair of singles.

“As it turned out, it was too little, too late,” Beals said.

Beals believes his players are learning and he readily admits that he and his staff are right there with them.

“When you look back at the game (the seventh inning in particular) you have to question pitching changes,” Beals said, “and situations we went with…As a coaching staff we are looking and learning, too…The numbers I pulled there in the seventh didn’t work out.”

Freshmen Will Pfennig breezed through the sixth on eight pitches, striking out two and picking a man off first. It was the fourth man he’s picked-off this season.

There was plenty for all parties to consider before Monday’s game against Furman at Latham Stadium and Wofford on Tuesday in Spartansburg. After that, it’s home—Bill Davis Stadium and a three-game set with Lipscomb.

They would like to have some things straightened around by then, like overall intensity and stopping those big innings that have cropped up all too often.

“We need to be willing to play hard from the very first pitch, to be locked in from the first pitch, and play that way for nine innings,” Beals said.

That edge goes hand-in-hand with another important objective.

“We’ve got to do a better of preventing the big innings,” he said. “You look at our losses and there’s three runs or more in one inning at some point in the ballgame.

“We can’t let situations escalate and we can’t add to them. We have been responsible for fueling part of the fire. We can not do that.” 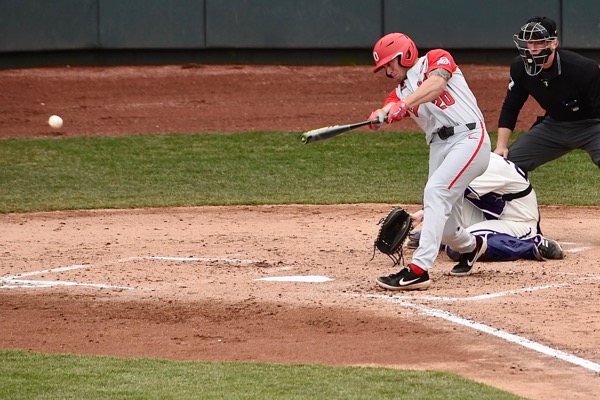 Freshman outfielder Nolan Clegg had a good day – a pair of hits, a double, and 2 RBIs. 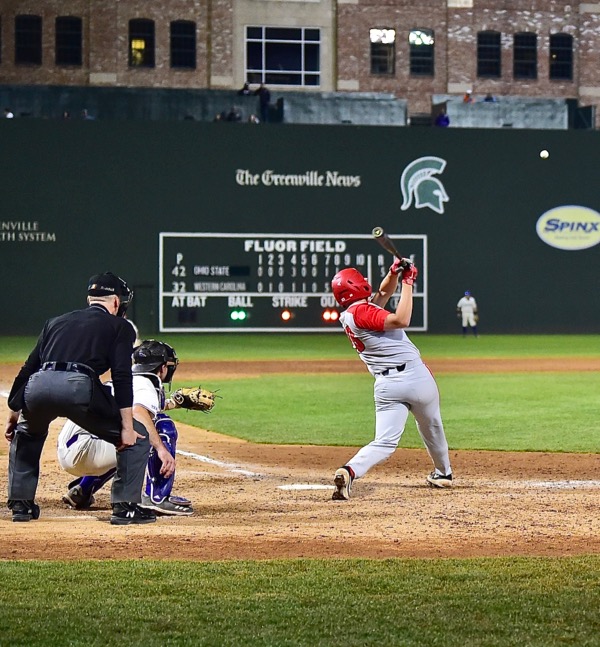 Marcus Ernst (above, #28) and the Buckeyes crushed the ball in the eighth and ninth innings...but right at 'Catamounts' with gloves. (Press Pros Feature Photos by Sonny Fulks)