A dedicated team effort shut down one of the most prolific scorers in the area and Jackson Center answered every challenge at both ends of the floor to win their 21st game and a district title.

“We knew it would be a monumental challenge,” Elchert said of containing the 6-4 Conley. “I mean, That dude’s phenomenal in the way he can score. He can bring it in transition and pull up, he can go off a ball screen, and obviously can take it inside. It was a great challenge for us as a team.”

Consider the challenge accepted and completed.

The Tigers harassed Conley all night, holding him to 10 points, 17 below his average, on 3 of 9 shooting. At the other end of the floor three Tigers scored in double figures to lead the way to a 56-47 victory, Jackson’s fifth district title in the last 8 years.

The win sets up a third meeting with Shelby County League rival Fort Loramie, a 49-41 winner over Cincinnati Christian in the first game of the evening. Tip-Off is set for 5:30 Tuesday at Kettering’s Trent Arena. 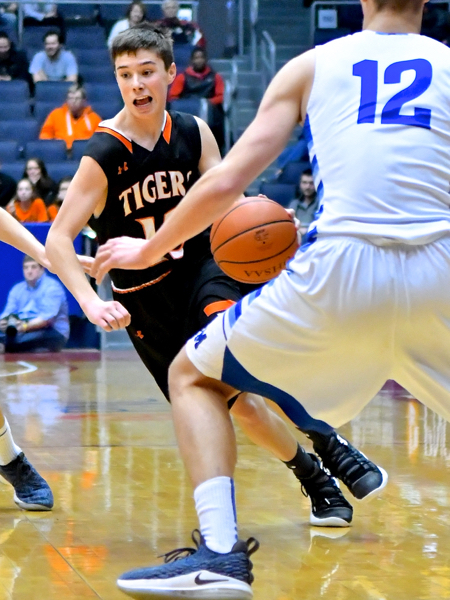 Christopher Elchert handles the ball in the open court for Jackson Center.

Friday’s encounter was close early with two ties and four lead changes in the first quarter. Trent Platfoot and Aidan Reichert each had four points as Jackson led 12-9 after 1, and never trailed  again.

Leading 21-14 at half, Christopher Elchert drilled a 3 from the top of the circle to stretch the lead to double figures for the first time. The Jets, out of the Cross County Conference, hit five of 6 from the line in the third period and trailed by nine heading into the fourth quarter.

Early in the final period, F-M coach Troy Meyers switched to full-court pressure, but the Tigers handled it. Reichert scored 6 points down the stretch, Jerron Reese added five and Garrett Heitkamp was four for four at the line as the Jets never got closer than 6, and that was in the final minute of play.

Elchert was pleased with the way his club responded when the Jets threatened to climb back in the game.

“We talked about that in the locker-room because in their previous two tournament games, they got down and they came back, usually started by a Conley three. We made enough plays when we had to and made some big free throws in the fourth quarter.” 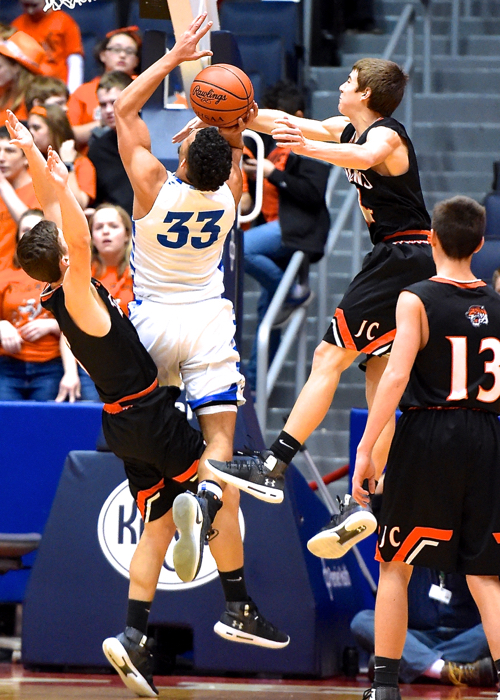 Reichart led the Tigers with 16 points, 11 in the second half. Trent Platfoot finished with 11, Elchert 10 and TJ Esser added 8 as the Tigers had great balance on the offensive end.

Connor Christ scored the first 10 points of the fourth quarter and finished with a team high 13 for Franklin Monroe. Jordan Rhodes added 12 and Conley had 10.

“We wanted to deny Conley the ball once he gave it up,” Elchert explained. “We weren’t going to throw some kind of junk defense at them, because that isn’t who we are. We just had to adjust our man to man to the type of player he is, and I was happy with that.”

“We weren’t that happy with the way we were running our motion offense, because we were doing way too much standing around. They were switching everything and we didn’t take advantage of some of the opportunities that we had. We went to a more open offense and that worked better.”

Jackson out-rebounded Franklin Monroe 17-12, and the Jets did not have a single offensive rebound the entire night. The Tigers had big advantages in the paint,34-18, and points off turnovers, 20-5. Jackson forced 14 turnovers while committing just 9. 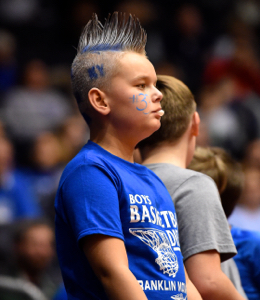 “We talked before we left the school tonight about how our schedule has prepared us for this moment. We want to build our team from game one until now, where we don’t change what we do. That way, when the tournament rolls around we are at our best. That is the goal every year.”

Elchert said that this team has been special.

“What makes this group of kids so good to coach is the chemistry among the 13 guys. Add to the fact that we lost Calvin Winner to injury in the pre-season. He would have been a three year starter for us and he hasn’t played a game for us. What we have accomplished is a real tribute to the other 12 guys.  It’s been a remarkable year.” 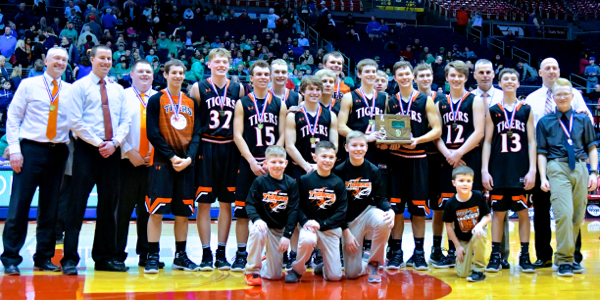 And the coach knows the third meeting with the Redskins will be a battle.

“To simplify it, Tuesday’s game will come down to who makes more open shots. Both teams know each other very well, and the players know the other players tendencies very well. It comes down to making shots and making big plays. That is what usually decide games like this.We have been here 6 times in the last 8 years, and this is our fifth title. I’m blessed to be a part of it again.” 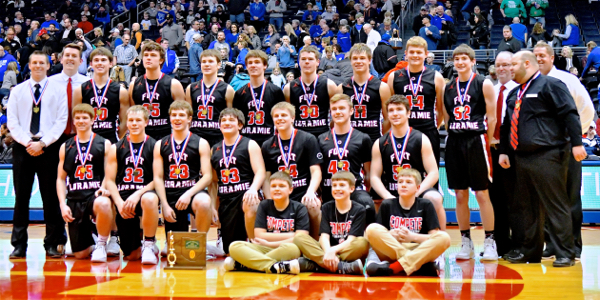 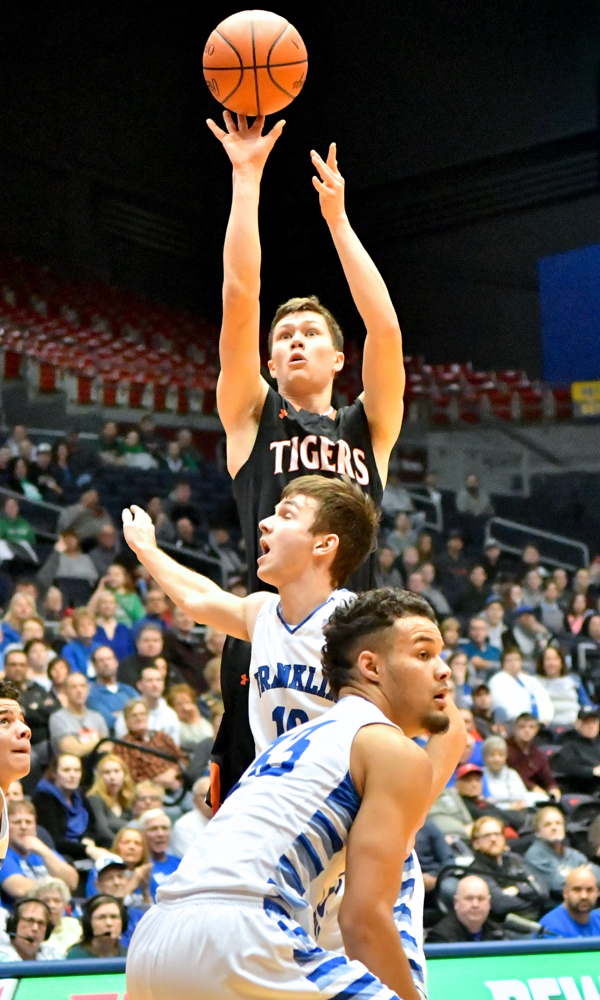