The Buckeyes played themselves off the NCAA tourney bubble Wednesday night with an ugly loss in Chicago, to Northwestern.

Columbus – These important days of March, when so many teams are playing themselves on and off the NCAA tournament bubble, it would be fitting to call an Ohio State basketball team that is playing without Kaleb Wesson headless horsemen.

They wouldn’t have scared Ichabod Crane and they certainly didn’t make a Northwestern team that had lost 10 straight Big Ten games shake just a little bit.

The Wildcats watched as the Buckeyes ran around looking for answers without their suspended big man and played through a bunch of mistakes of their own for a 68-50 victory at Welsh-Ryan Arena.

Before tip-off, the Buckeyes were being called a No. 10 seed by ESPN, an 11th seed by CBS Sports, The Sporting News and SBNation and a 12th seed by Howie Schwab for the NCAA tournament.

Schwab had them playing in the First Four in Dayton.

Now, all that is past tense with them having been whacked in the knees two straight games, including to a team that is guaranteed to finish last in the conference.

Wesson matches up nicely against the Wildcats’ 6-foot-8 Derek Pardon. In a 63-49 victory on February 20, he had one of his best games ever with 22 points, eight rebounds, four assists and two blocks.

The Buckeyes were forced to play without Kaleb Wesson for a second straight game. Northwestern coach Chris Collins called them, “undermanned”.

Without Wesson last night, the job of defending Pardon fell to Kyle Young, and he was playing on one leg with the after effects of a stress fracture that has limited him in practices and now a sprained ankle.

“Their size presented some problems for us,’’ Ohio State coach Chris Holtmann said. “We tried to play inside out and that didn’t really work. We just had no answer for (Pardon). It’s tough to zone because of how they shoot it, and they also throw the ball inside against a zone.’’

As for Young, Holtmann said, “He was giving us as much as he could on one foot.’’

And that was that from Holtmann. His 1-minute, 52-second news conference was the shortest of the season.

What else was there to say?

Northwestern was a must win if there was one, especially with his team going into Sunday’s regular-season final against Wisconsin at The Schott. The Badgers should be fighting for one of the four double-byes into the conference tournament.

Holtmann has said that Wesson, the team’s leading scoring and rebounder, would return before the end of the season.

If he doesn’t play against the Badgers, the team could be going to the Big Ten tournament in United Center in Chicago on a three-game losing streak and needing a deep run to catch the NCAA tournament committee’s attention all over again.

What kind of damage will 6-f00t-10 Ethan Happ do? He could be the conference player of the year, whereas Pardon is a pretty good player.

No one expected Ohio State to hang with first-place Purdue on Senior Day in West Lafayette last Saturday with Wesson’s suspension so fresh.

Ohio State shot 16-for-48 overall and 2-for-19 from three-point range and was out-rebounded by 12 balls by the Boilermakers.

A look at the schedule had to bring thoughts of “thank goodness for the Wildcats,’’ but they smelled a wounded opponent and went after it. This time, the Buckeyes shot 17-for-64 and, ugh, 4-for-26 from three-point range.

It’s hard to believe that at one point Muhammad might have been behind only Michigan’s Ignas Brazdeikis and Indiana’s Romeo Langford among conference freshmen making an impact.

Northwestern took a 31-17 lead after two free throws by Taylor with 19:04 left in the second half.

A three-point play by Duane Washington and three-pointer from the side by Keyshawn Woods cut the deficit to 33-26 with 16:58 left.

Andre Wesson picked up his third and fourth fouls within 69 seconds of one another, but the Buckeyes got within 37-30 when Washington took down a rebound, dribbled the length of the floor and completed a reverse lay-up after a head fake and shoulder fake.

This, though, was Northwestern’s night, and it was better luck next time for Ohio State after Pardon had a three-point play off a dunk for a 57-42 lead with 6:00 left.

“It has been a while,’’ Northwestern coach Chris Collins said of the win. “I’m so happy for the guys. They have a lot of losses, but they are fighting their tails off.’’

“They are undermanned,’’ he said. “We caught a break with Wesson being out.’’ 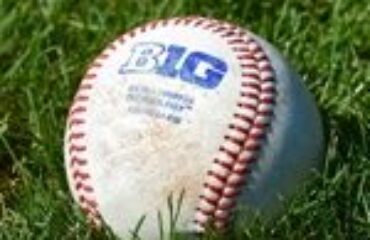 Tyler Cowles, And The Story Of Stories…As The Story Rolls On