‘Wishin’ And Hopin’… On This Date, Dusty Springfield

On this date twenty one years ago…the passing of a name you might not know, but for the sake of her contribution to the world of music, one you should never forget!

The day will go quietly by without anyone remembering.

But on this date…yesterday, actually – March 2, 1999 – Mary Catherine Bernadette O’Brien passed away, a legend for her voice and her music, if not for her birth name.

You see, most knew her by her professional name, Dusty Springfield, but even those who couldn’t get the name more than got her music.

She was nicknamed the “White Queen of Soul”, and beginning in 1963 Springfield began churning out one Top Ten hit after another…I Only Want To Be With You, Wishin’ And Hopin’, You Don’t Have To Say You Love Me, Windmills Of Your Mind, and Son Of A Preacher Man, voted in by Rolling Stone Magazine as one of the top 500 songs of all time, at #240.

In 2008, nine years after death from breast cancer, she made Rolling Stone’s list of the 100 greatest singers of all time, at #35.

Her voice was unmistakable, described once by songwriter Burt Bacharach in this way:  “You could hear just three notes and you knew it was Dusty.”  Springfield would later record Bacharach’s hit, The Look Of Love, and made it an iconic hit with her breathy, lyrical rendition.  Hers is still the standard by which that tune is known, 40 years after she recorded it in January of 1969.

She hit the charts in 1963 with I Only Want To Be With You, embedded above.  And from that point on her legend grew, along with the demons and obstacles that came with music industry and constant physical demands.  She was a heavy smoker, drank too much, and in time the abuses took their toll.

In later years her singles career faded, but Springfield continued to tour and perform on albums for artists such as Elton John and Anne Murray.  Diagnosed with breast cancer in 1994, she fought the disease for five years before succumbing quietly, at age 60, just weeks before her induction into the Rock And Roll Hall of Fame in 1999.  Gone long before her time professionally, she left millions of fans literally “Wishin’ And Hopin’ “ for more.

We may forget the date, but no one will never forget your music. 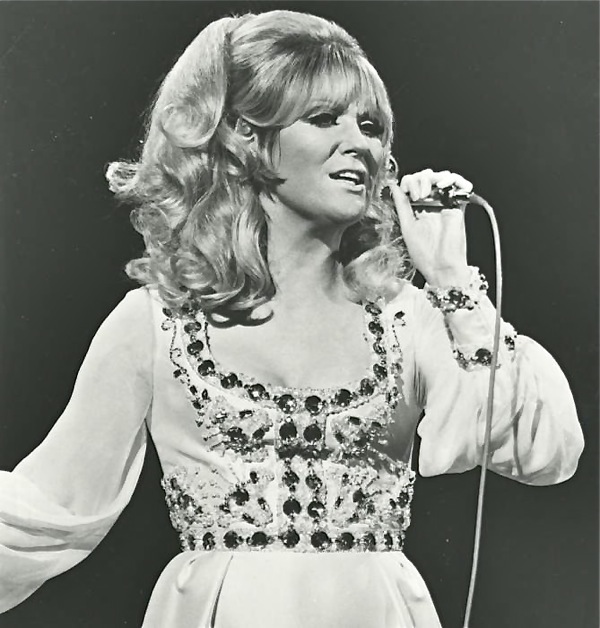