A Commentary On Gun Shows…

I’ve been to a lot of events over the years, including World Series and Super Bowls. But I never felt safer around better people than I did at the country’s largest gun show.

(Ed. Note:  Contributor Tom Cappell is a free-lance outdoors writer from Missouri whose views on our natural resources are always in keeping with the positive message of preservation, while ethically embracing the American tradition of hunting and fishing.  Enjoy his work, sponsored by the Olde English Outfitters, in Tipp City, Ohio.)

I’m taking some time away from writing hunting and fishing stories this time to share with you an experience that I think needs sharing.

We all hear enough these day about the evils of guns, and people who buy, sell, and collect them. But the average opinion about these people is drawn from the information they get from network news…or groups bent on bringing down the National Rifle Association and its influence on elected officials in Washington.

So I want to share with you my experience of attending the Tulsa (Oklahoma) Gun Show last spring, the largest that I know of in America – the biggest, as well – and one that takes at least two days if you want to see it all.

I’ve lived near it almost all my life, in neighboring Missouri. I’ve known countless people who have gone, had a great time, and even gone back as an eventual exhibitor. I’d heard nothing but rave reviews on both the event and the people who run it and attend. And of course, gun shows have become fair game for the cynics who cite loopholes in the law, and free passage for the nefarious to buy a weapon, or weapons, without proper background checks.  Frankly, I’m not sure that there’s anything more threatening about a gun show than a car show…or a knife show.  You can harm another human being with about anything, even a rowboat.

It was not my first.  I’ve been to shows in the past, on occasion – the small ones – but never the one in Tulsa, run by the Wanenmacher group.  I wanted to see for myself.

There were acres of exhibits – guns of every make, model, caliber, description – and accessories galore, what seemed mostly ammunition. It was professional, well-organized, and without exception every exhibitor that I personally took the time to meet was of the highest character. 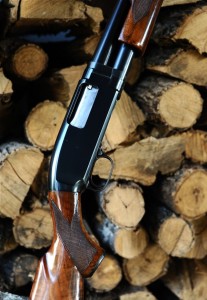 I didn’t go to buy anything, but I did. My sons and I are hunters, and I came home with a charming old Winchester ‘Y’ Model 12, a piece that will take the place of my Uncle Mel’s identical original gun left to me when he passed two decades ago. I’ve written countless times about that gun and the relationship it will always represent.

I also bought some other odds and ends, and ran across a gunsmith service that impressed me for the quality and price of their work.

And two, the people who operate and attend this show are as good as anyone you’ll ever meet at an event of any kind. I’ve been to the World Series and I’ve been to a Super Bowl, and witnessed behavior that I didn’t see at the Tulsa Gun Show. I found kind, respectful, and proud people who believe in the 2nd amendment and its place in the American tradition of honor and liberty.

I found people unlike those who would have reason to shoot up night clubs and schools, and commit the unthinkable atrocities that we witness on the news.

And mostly, I found people who come from sound homes of husbands and wives, and families who have learned and passed down the values of safe firearm ownership and usage. These are people who simply like to shoot – targets, hunt, or collect for the sake of history and nostalgia.

For a fact, they abhor the loss of human life through the unthinking, or unauthorized use of force involving a firearm. And the good news is…there’s tens of millions of them in the United States, as opposed to the miniscule number that make up the deranged and criminal element.

I came away from the Tulsa Show with a feeling of having been to a family reunion, not a place to buy a hot pistol. I came away believing that the best of constitutional Americans were actually at that show, and not at a rally at the capital trying to deny someone’s 2nd Amendment rights.

I’ll close with this. I saw no fights at the show, or vomit from someone who’d had too much beer. I can’t say the same for the last football game I saw.  And given that experience I went home wondering why we should outlaw guns shows, but yet allow tailgating for hours before the Chiefs game on Sunday.

I would gladly have shared a ride, or a meal, with anyone I met. I can’t say that about those who protest…gun shows!

Open this year’s hunting season with a trip to Olde English, proud to sponsor outdoor adventures on Press Pros Magazine. 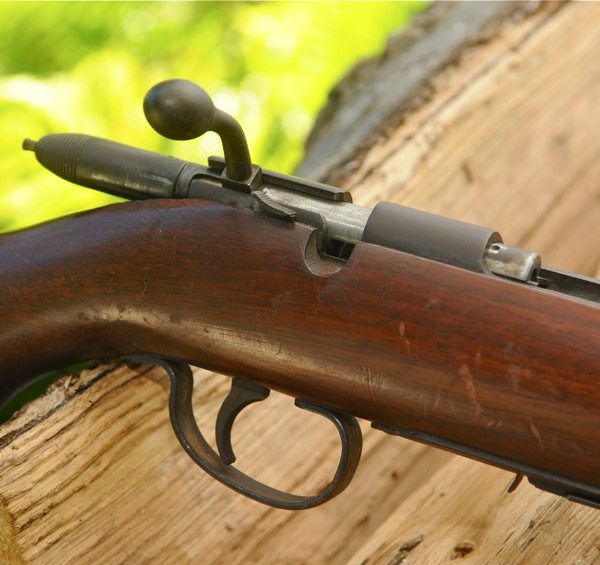