Joe Neves: This Week In Basketball

Conference action resumes this week…it’s showdown time for the Anna and Fort Loramie girls…Piqua and Troys’ boys teams made some noise over the holiday…and what’s the deal with all the power outages?

Happy New Year…and welcome to This Week in Basketball, Volume 5. Our effort today is sponsored by the Buschur Home Improvement Company and Richard Perkins, and our thanks to them .

To me, the month of January has always been the toughest month of the season. The excitement of the holidays is over, and the anticipation of the tournament is still weeks away. The weather is usually lousy, and the season can really become a grind. But every week has highlights and we have a few to look forward to this week. 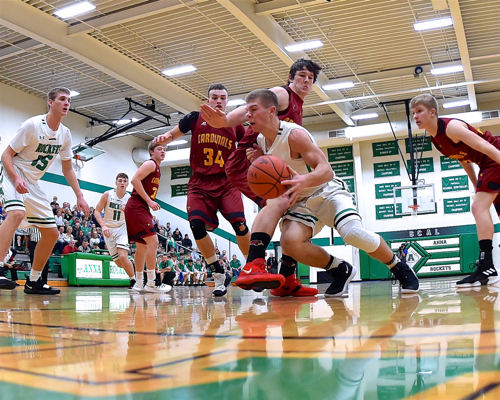 The Anna Rockets are still unbeaten as they get ready to host defending state champion Marion Local Saturday night.

First of all, though, what the heck is going on with all the power outages? I have been covering high school sports for nearly 40 years (is that possible??!!) and I can never remember a game being delayed or cancelled because of a power outage. Yet it happened three times in December! The latest occurred Thursday night at Piqua when the lights went out at Garbry Gym in the first quarter of the Piqua-Lehman game. The teams waited for about an hour before the lights came back on and the Indians rolled to a 64-41 win.

On the boys side…The Anna Rockets and Sidney Yellow Jackets continued to distinguish themselves among the areas top teams. Anna was held to season low in points but still won a slugfest with Fort Loramie, while Sidney won the game of the year so far, dropping Wayne in overtime Saturday night.

Sidney appears to get a breather this week with a trip to 2-8 West Carrollton before getting another test when Xenia comes to town. The Buccaneers feature 6-4 senior guard Samari Curtis, who became the school’s all time scoring leader over the weekend and is averaging a conference best 31.7 points per game. That sure to be entertaining contest in January 8th at Sidney.

Anna gets the league bye Friday and does not return to league action until the 11th at Botkins. That doesn’t mean Nate Barhorst’s crew doesn’t have some heavy lifting to do, as the Rockets will host defending D-IV state champion Marion Local Saturday night. The Flyers are 3-2 after dropping a 62-57 decision to St Henry in the Coldwater tournament, and will host the 6-1 Redskins in league play Friday.

Russia and Jackson Center are still very much in the SCL chase, trailing the Rockets by a game in the loss column. The 6-2 Tigers host Fairlawn Friday, while the 5-2 Raiders go to Houston.

The MAC race is really just getting started, with St Henry, Marion Local, Delphos St John’s and New Bremen all sharing the top spot after winning their conference openers. 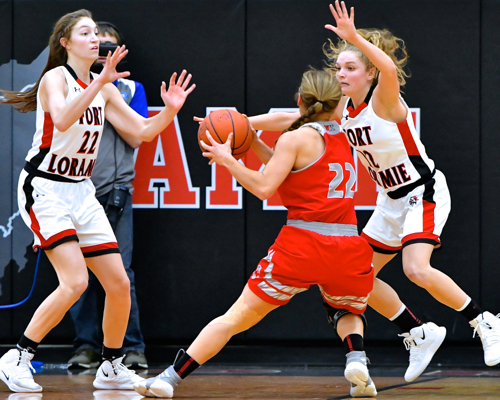 The Lady Redskins travel to Anna Thursday night for a showdown between 9-1 teams.

The strength of the GWOC North is still at opposite ends of I-75 with Sidney and once beaten Butler, but Piqua and Troy did show some improvement over the holiday. Troy had won three straight before getting whacked by Ponitz Saturday night, while Piqua swept their holiday tournament for just the second time in 11 years and has won three of four. That momentum gets a severe test when 5-1 Trotwood comes to town Friday night.

Troy, meanwhile, looks to get back on track by hosting Bellefontaine Wednesday before traveling to Miamisburg on Saturday .

Eleven teams have one or two conference losses heading into the new year in the Cross County Conference…ELEVEN! Twin Valley South and National Trail have the best overall records at 7-2, and they have already met twice. Trail won 40-31 in a season opening tournament, while the Panthers won the league meeting December 18th.

On the girls side…the Fort Loramie Redskins and Anna Rockets meet for the first time Thursday night at Anna, and if records mean anything, it could be epic. The Rockets allow just 31.6 points per game, while Loramie will roll into town averaging 58.5 per game. Both teams are 9-1 and lost in the same week to the same team (West Liberty-Salem), and enter the showdown on five game winning streaks. Get there early Thursday night at Anna if you want a seat. 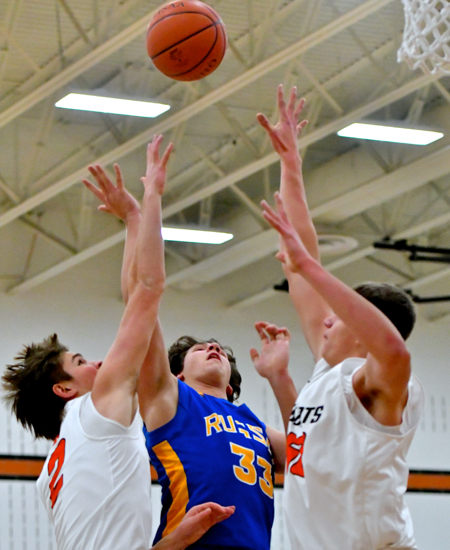 Russia is still very much in the Shelby County League race despite a tough loss to Minster last week.

In the MAC…the Versailles Lady Tigers enter the new year with some question marks after back to back losses to Fort Loramie and Anna. The 56-33 loss to the Redskins December 22 was the Tigers’ worst defeat since a 60-27 thrashing by Loramie back in January of 2011. The Tigers then dropped a heartbreaker to Anna Saturday to fall to 8-2. Versailles still shares the MAC lead with Minster and New Bremen and will host the 8-2 Cardinals Thursday in the first conference showdown of the season. The Tigers then go to Tippecanoe Saturday night to cap a four game run against opponents with a combined record of 33-6!

Speaking of the Red Devils, Tipp’s 6 game winning streak ended Saturday with a lopsided loss to Fairmont. The young Red Devils managed just 11 points in the second half in falling to 7-2. They remain unbeaten in the GWOC American Conference, meaning their 2 season-plus winning streak in conference is at 38. Tipp goes to Beavercreek Thursday before welcoming the Tigers on Saturday.

Back to the MAC for a moment…unbeaten Minster swept thru the McDonalds Classic over the weekend to improve to 10-0. The Wildcats jumped out to a 14-1 lead Saturday against Lima Bath and rolled to a 46-24 win. The Wildcats are home in conference action Thursday night against 4-4 Fort Recovery.

We are closing in on showdown time in the Cross County Conference. Covington and Tri-Village share the top spot at 5-0 and 10-1 overall. Both teams lost to Versailles…Tri-Village blew a 15 point lead and lost to the Tigers in overtime, while Covington was blown out 65-33. Covington hosts Newton Thursday and Arcanum Saturday, while the Patriots entertain Bethel on Thursday.

If form holds this week, the Buccs and Patriots will settle first place in the conference January 10 at Tri-Village.

That’s it for this week…enjoy the holiday (GO BUCKS!) and we will see you at the gym! 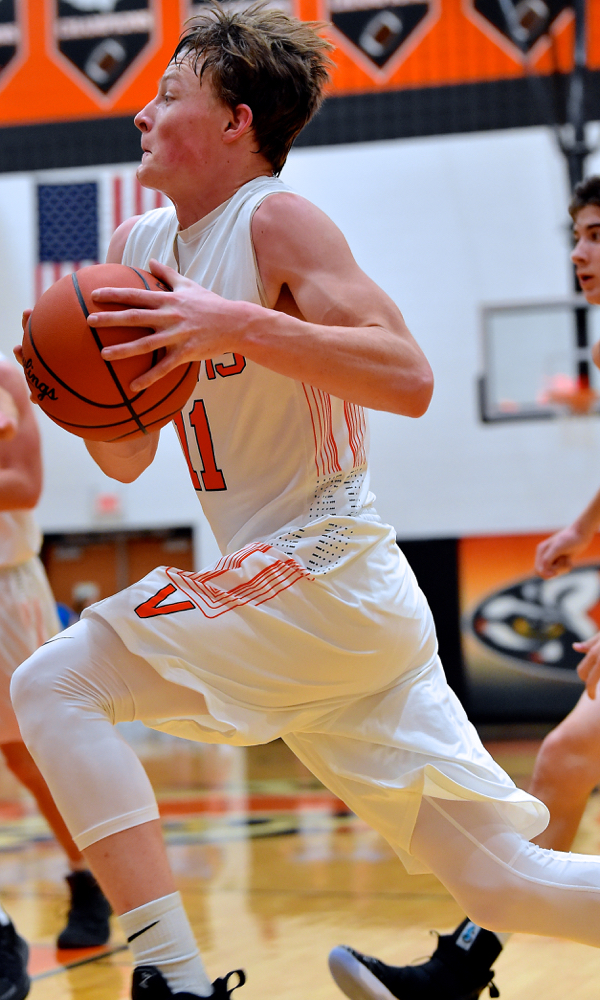