Several area teams area still unbeaten heading into the week before Christmas…there is a GWOC North showdown in Vandalia this week…the top two teams in the Shelby County League will meet Friday night…and there are several intriguing non-conference clashes this week.

Welcome to This week in Basketball,Volume 3..sponsored, as usual..by the Buschur Home Improvement Company and Richard Perkins, of Dayton.

It’s the week before Christmas, and area high school basketball fans are getting the presents. There are good matchups this week both in and out of conference, and we will know a lot more about who is capable of doing what by this time next week.

On the boys side…Friday night in Jackson Center, the 5-1 Tigers will host the 5-0 Anna Rockets to decide sole possession of first place. It’s a classic match-up of offense vs. defense…Anna is averaging a league high 79.2 points per game, while the Tigers are allowing just 40 points a night. Scott Elchert’s Tigers have locked up high-powered offenses in the past, but the Rockets may be another matter. Anna won both meetings handily last season, and tempo will be a deciding factor in this one. Expect a packed house at Jackson on Friday.

There should be a good crowd on hand Tuesday night at Vandalia’s Student Activity Center when the unbeaten Aviators host the high-flying Sidney Yellow Jackets in a showdown for first place in the GWOC North. Butler is 6-0, Sidney 4-1, and the teams split last season in two games decided by a total of 7 points.

Butler gets 15.5 points a game from 6-1 senior guard Michael Kreill, and three other players average between 8 and 10 points a game. The Aviators allow just 41.7 points per game, the best mark in the 20 team Greater Western Ohio Conference. Coach Darren Wyrick has turned the Butler program around quickly; between 2014 and 2016, the Aviators won 13 games. They have won 38 in the two plus seasons since.

Sidney,of course, is led by senior Andre Gordon, who averages 21.6 points a game despite getting extra attention from every opponent. If you haven’t seen his 360 degree dunk following a steal (one of five slams he had on the night) against Piqua, you can check it out on YouTube.

Sidney coach John Willoughby is concerned about the Jackets tendency to get off to slow starts, and if the game is close, remember this. Sidney shoots just 56% from the foul line, 15th best in the conference.

It’s a non-conference week in the MAC…Marion Local travels to Versailles Friday night for a game postponed by the Flyers late start, and that’s the only league game of the week. Marion dismantled Celina in it’s opener Saturday night, while the Tigers are 2-2 heading into a busy week. Travis Swank’s club hosts Bellefontaine Tuesday and will travel to Fort Loramie Saturday.

Delphos St John’s (4-0) is the only unbeaten team in the league and the Blue Jays hit the road this week. They are at Continental Tuesday, Van Wert Friday and Ottoville Saturday. If the Blue Jays are still unbeaten this time next week, they will have earned it.

Conference action in the MAC doesn’t resume until January 4th. 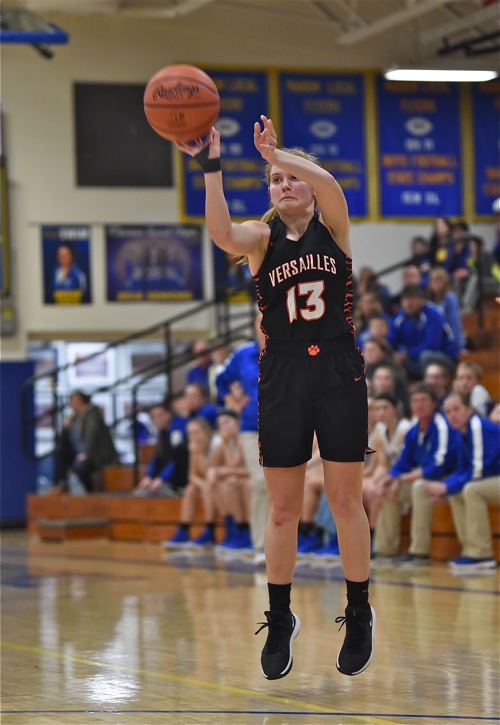 There are no unbeaten teams left in the Cross County Conference. Franklin Monroe leads the pack at 2-0 and 3-1 overall. The Jets have road tests at 3-3 Bethel on Tuesday and 1-2 Ansonia on Friday.

And something has to give at Piqua Tuesday night. The winless (0-4) Indians host the winless (0-5) Greenville Green Wave. The struggling Wave, coming of a 1-22 season a year ago, has lost 18 straight.

On the girls side, two of the four unbeaten MAC teams at this time last week lost, leaving Versailles and Minster at the top of the heap. The Lady Tigers have survived three overtime tilts in winning their first 7 games, while the Wildcats have not been tested in rolling to 7 straight wins. Versailles hosts Lima Bath Monday and travels to 5-1 Fort Loramie Saturday. Minster is home to 4-2 Russia that same afternoon.

West Liberty-Salem is the unofficial leader of the Shelby County League after handing both Fort Loramie and Anna their first losses last week. 5-1 Loramie has a tough week ahead, hosting 6-1 New Bremen Tuesday before Versailles comes to town, while the 5-1 Rockets host once-beaten New Knoxville Tuesday before traveling to Jackson Center Thursday.

A quick pat on the back here to the Piqua Lady Indians. There are no glittering numbers to talk about, but the Indians are 6-3 after winning just 14 games the past three seasons combined. Piqua hosts 5-2 Troy Wednesday in the most meaningful game in that rivalry in recent memory.

Three teams sit atop the Cross County Conference with 4-0 records. 7-1 Covington got a big road win at Bradford Saturday, while 7-1 Tri-Village’s only loss was in overtime to unbeaten Versailles. Miami East is 6-2 overall and has not been challenged in four conference assignments.

That’s it for this week…get that holiday shopping done and get out to see a game. We will see you at the gym! 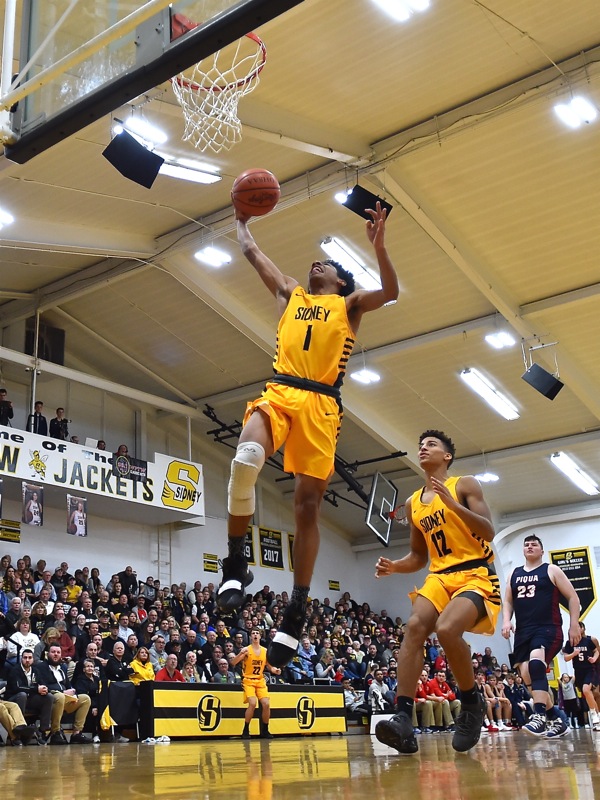 So far, Sidney has had more athletes than most opponents, but face unbeaten Butler this week. 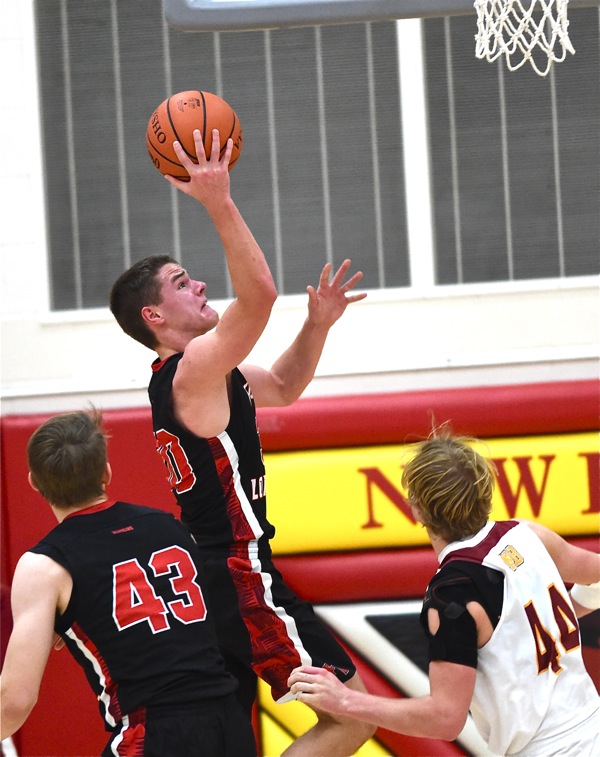