St. Ed Explodes In Second Half To Win In Division I

Lakewood St. Edward scored 17 unanswered points in the second half to take the Division I crown over Cincinnati Colerain.

Canton – Lakewood St. Edward was a decided underdog in Friday night’s Division I finale at the 47th OHSAA state football finals, but the Eagles apparently didn’t read the press clippings.

Instead, St. Ed overcame a 10-7 halftime deficit to defeat previously unbeaten Cincinnati Colerain 24-10 to capture the Division I title in Ohio football for the the fourth time.

Winners in 2010, 2014, and 2015, St. Edward scored ten points in the third quarter, seven in the fourth, to deny Colerain what would have been its second title in school history.

St. Edward outgained Colerain 342 total yards to 245, and quarterback Garrett Dzuro finished with a perfect 12 for 12 passing for 150 yards and two touchdowns.

St. Edward running back Jordan Castlebury led all runners with 19 carries for 89 yards and a touchdown, while Ivan Pace led Colerain in rushing with 20 carries for 77 yards.

Colerain was seeking its second Division I title, having previously won in 2004. 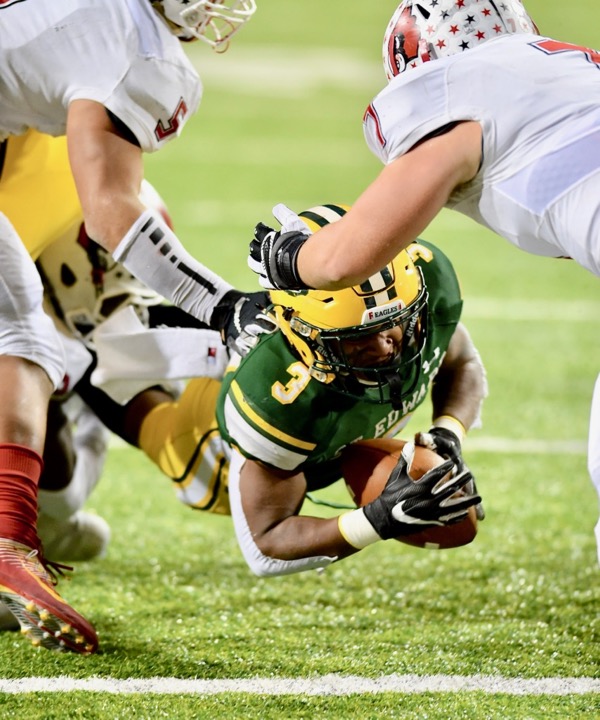