Hoard: Beating A Dead ‘Cat’ and The Greatest Loss of All

Like a recurring dream – the image of losing and frustration and hopelessness that is Bengals football.  And the dream (nightmare) goes on as other franchises figure it out and take their vengeance out on a helpless scenario.  There is no ‘Who Dey’?  Not any longer.

CINCINNATI—The recurring dream seems to come around in the fall. Never seems to fail. There are some derivations, but not many. The dream goes something like this.

The sun hasn’t come up yet on he city. It’s as dark as an old, iron skillet but the buildings are lit up. Streamers and confetti spills down from the windows of every high rise. Banners are being draped across the Fountain Square. The streets are filled with people carrying flashlights and lanterns. Old dudes and their dates—escapees from a Dead concert—are waving Bic lighters back and forth, cheering and dancing. Millennials are showing them how to work the flashlights on cell phones. ? They are asking, “Who’s The Dead? Pretty good.”

It’s the grandest celebration I’ve seen during my 50 years in the city. Bill Cunningham is repelling down the Macy’s building in an Uncle Sam costume.

It’s fantastic. But, I can’t find out what it’s about. Then, I run into one of my doctors, big sports fan. He’s dressed in one of those wrap-around vests that they wear in the X-Ray room.

Then, of course, I wake up. I’m in my bedroom. There is no party, nothing new and—Good Lord, worst of all—Marvin Lewis is still coaching the Bengals.

For a moment, let me preach to the choir. The man has had more than enough time to prove he is not up to the task of coaching this NFL team, perhaps any NFL team.

“Tell me another profession where a man can be this inept and keep his job. You can’t. It’s ridiculous.”

Those were the words of ESPN’s Stephen A. Smith Monday, and he went on-and-on, kicked it real good. This came on the heels of Sunday’s 35-20 loss to Cleveland, which dropped Cincinnati to 5-6, and, yes, it looks very much as though the Bengals are headed to their 10th season under Lewis with a .500 or worse record.

Conventional psychology tells us that recurring dreams are an attempt to explain the inexplicable. They represent: “Something that needs to be resolved…Your dreams (which are there to make sense of day memories) can’t make sense of that subject, and keeps trying.” That, from Psychology Today.

And why all this pounding on a dead horse, because when an entire community begins to turn its back on one of its professional sports franchises, begins to see it as irrelevant and a bit of a laughing stock, it’s beyond time for a change. 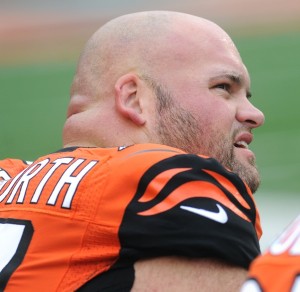 Players come and players go, and when they leave (like Andrew Whitworth, above) they tend to become successful on winning teams.

In my time on the job covering professional sport teams, I can tell you this. When the community turns on a team or a coach, the players are not far behind. They may posture and preach and profess their allegiance and forever lasting loyalty to the man on the hot seat, but you can bet they don’t want to be the ones cast as the cause or the laughingstock.

(A quick aside. The only exception I’ve ever seen to this path of human behavior came in 1984 when after months of criticism, we learned that Reds president Bob Howsam had fired Vern Rapp and replaced him with Pete Rose. The team was in St. Louis and when I approached Rapp prior to the game and ask him for a word, he turned on me, his eyes afire. “Not for you, Hoard. You had a job to do and you got it done.” With that he stormed out of the dugout and headed to the clubhouse.

Cesar Cedeno and Davey Concepcion had been standing behind Rapp during this exchange. As he brushed by them and disappeared into the tunnel, they rushed me. “And, Greggie,” Cedeno said. “We thank you so much.”

“So very much,” Conception said. “Greggie, choo are de man.” 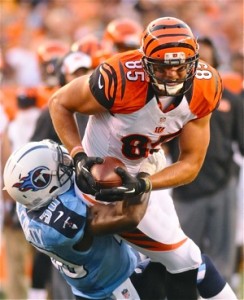 The Bengals have become a franchise of perpetual injuries (Tyler Eifert, above) and damaged psyches.

In any case, my city has had enough bad news of late. Some very serious—the shootings at Fifth Third Bank Center—and some of it downright foolish: the multi-million dollar boondoggle that is the streetcar and the negotiations surrounding the location of the new FC Cincinnati stadium.

Cincinnati, once such a proud city, needs a shot in the arm—real bad.

Of course, I write this—hopefully you read this—and we both know that a change is not in our sights. Mike Brown is not an idiot. In fact, he is extremely smart and he can be extremely kind.

I honestly believe that his failure to fire Lewis is based on: 1) money, and 2) acting as a human being rather than as the ranking executive in a highly visible business.

The Bengals aren’t making widgets. They are supposed to be putting on a weekly show that is an object of pride, a reflection of its city, and above all else, something—damn-it—that is entertaining.

They are doing none of these things. They are failing at all these things and, for right or wrong, Marvin Lewis is the face of the franchise, and game after game, he stands there on the sidelines looking lost and frustrated.

Early Monday morning I had a doctor’s appointment. This particular doc–same doc as in the dream–is a Cincinnati native. I asked him if he watched Sunday’s game, the loss to Cleveland.

Thankfully, he wasn’t holding my X-Rays.

“I can’t watch them any more, Bud. I’ve become a Steelers fan. No S#$@. Can you believe it, me? They (the Bengals) show no signs of getting out of this age-old funk.

“And (Mike) Tomlin, now there’s a coach. Stand-up guy, win or lose and you believe in the guy.”

This is when it’s bad. The Bengals are confronting their greatest loss—the city. Soon all the seats will be open for the drunks. 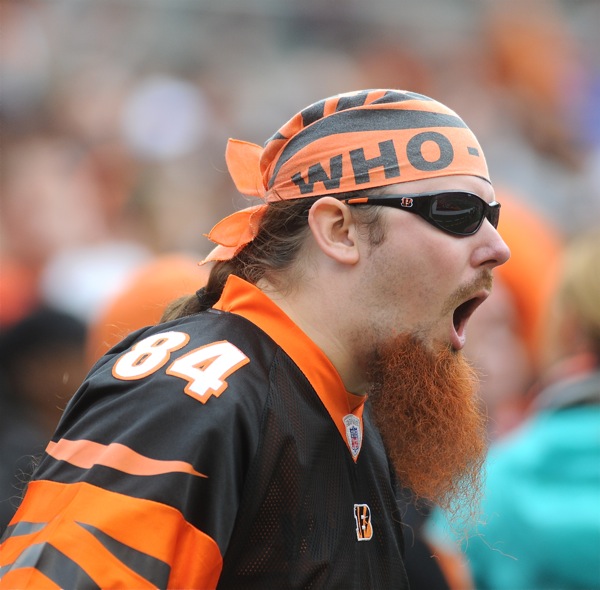 Who Indeed? The Bengals are a beat-up franchise searching for help from whence there is no source. Not until next year, and then....well, you know. (Press Pros File Photos)