My (And Your) Memories Of Dan Thobe….

Few coaches you meet in this business make a truly indelible mark.  Marion Local Dan Thobe was one of those, for his kindness and appreciation for everyone around him, even in the worst of times.

The word was given to me on Friday, prior to Marion Local playoff football game with Spencerville.  Favorite son of that community, and long-time coach at Vandalia Butler, Fort Loramie, and Marion…Dan Thobe, was expected to lose his life to cancer before the weekend passed.

And then, on Saturday, it was confirmed.  Thobe had lost the fight, to the sadness and dismay of everyone who knew him, or had met him.  At Minster high school’s football game it was announced at halftime, and fans from that MAC community rose in unison after a moment of silent respect, to share a tribute of applause for a life well-lived, and generously shared.

This is particularly sad for me, personally, because it marks the third such loss of a friend and colleague in a span of just six months, following the death of Stan Wilker (Press Pros associate and former AD at Marion Local), Jim Morris (outdoors columnist for Press Pros), and now Thobe, whom I first got to know during his time as head coach at Vandalia Butler.

He had been a standout football player at Marion, and later at the University of Dayton, and quickly matriculated into the coaching ranks with long-time icon Steve Pelfrey, at Butler, following his graduation from Dayton.  He was an assistant with ‘Pel’ for several years before taking the head position with the Aviators when Pelfrey retired following the the 2003 season.  Popular, knowledgeable, and always optimistic, it was assumed that Thobe would pick right up with Pelfrey’s record of success, but such was not the case.  ‘Pel’ didn’t leave behind any Tyler Kochs or Branden Godseys, and Thobe struggled to win over the next five years, his best record coming in 2007 when won five, and lost five.  In his tenure as coach he would go 16-34 before resigning in 2008.

But it was during his time at Butler when I first met him as a writer, an experience I won’t soon forget.  In a conference game with Piqua one night, at Piqua, Thobe’s Aviators built a huge early lead only to have the Indians come back in the second half and win on the game’s final play.  Already under fire for his won-loss record, it undoubtedly was one of his lowest moments in coaching.  And yet, Dan Thobe took the time on that night, before addressing his team, to face the media.  I apologized for the inconvenience, and for the stress it must have caused him.  But Thobe was gracious in that moment beyond any other interview with a coach I can remember. 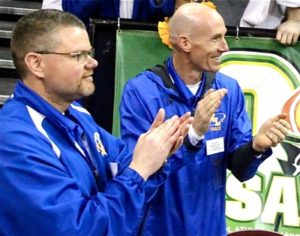 “That’s OK,”  he said quietly, and with a smile.  “You have a job to do, too, and thank you for coming.  I’m happy to answer your questions.”

And he did, taking several minutes to make sure that I, and a couple of other writers, had what we needed to write about before leaving for the locker room and his team.

After leaving the Butler position he got back into coaching as an assistant at Fort Loramie, with a brand new head coach in his first-such position…Matt Burgbacher.

“We met at Buffalo Wild Wings in Troy to talk about him taking the position,”  says Burgbacher.  “I had never met him, or talked with him before, but I knew the moment we talked that I had to have him on our staff at Loramie.  I had heard good things about Dan, but when I actually met him I knew that it was all true.  He was so positive, and energetic to coach and teach.  And he made a huge contribution to the success we had during my time there.

“I know he didn’t have a winning record during his time at Butler, but let me tell you…the record had nothing to do with his qualities as a coach.  Dan Thobe was a winner in every sense of the word.  He was a great human being, and sometimes that says more than any record.”

Four years later Burgbacher would leave to take the job at Troy, but Thobe chose to go back to Marion Local and join ranks with Tim Goodwin during Marion’s run of four consecutive state titles.  And because Press Pros regularly covered the Flyers’ games, I saw him often and realized for myself that Dan Thobe was about much more than football.  Our conversations were rarely about football – but about family, and work, and happiness.  He ALWAYS asked about my work, and if I was happy doing it.  It mattered to him, because that was how he prioritized his own life. 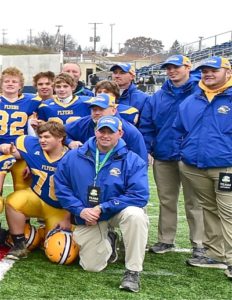 Following last year’s football title win over Kirtland…Thobe is in the back row, third from the right.

I talked briefly with Tim Goodwin after Friday’s game with Spencerville, and as I left I mentioned Dan, his condition, and prognosis.

“This is going to be a tough week,”  Goodwin said quietly.  “How do you lose someone who’s your best friend?”

But it happens, and it has happened as Dan Thobe leaves behind a community of people heart-broken by his passing, while buoyed by their faith and their memories of how he lived…and of what he lived for.

Like with Stan Wilker and Jim Morris, this is a hard blow.  But I can honestly say that my first impression of Dan on that night in Piqua was his best impression, and one that will live forever in his absence.  For you see, he treated everyone that way.  People, and what they were doing mattered most to him.  And he let you know that it was always HIS privilege…just to spend some time. 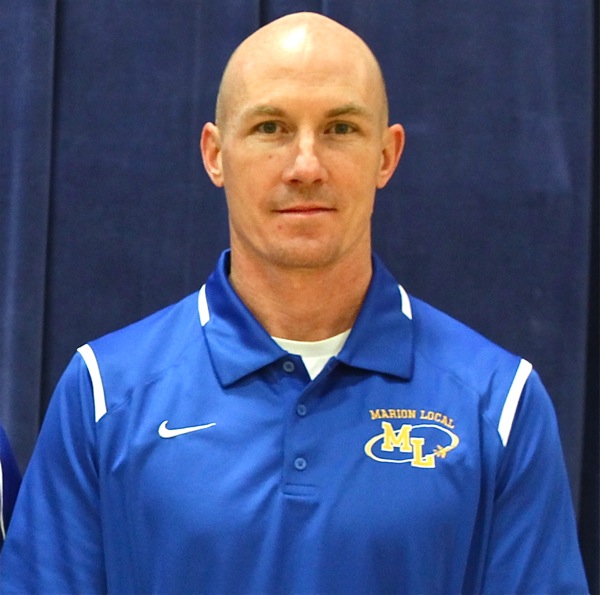