Sonny: Some Things I’d Change About Sports (And Sports Reporting)…..

With respect to what Hal McCoy and Greg Hoard have already shared about sports and change, I have my own…and if I had my way, I’d go a few steps farther.

Hal McCoy and Greg Hoard are on to something, as they recently wrote about what they would change about modern sports – what they could do without.

Some of what they wrote about was actually petty stuff, but annoying just the same.  Baggy shorts in basketball, indeed.  And Hoard has long had a beef with the way sports is broadcast on television and radio, because he’s an ex-broadcaster with an informed perspective.

But I have my own opinions on some deeper issues, and some I’ll share that rarely will anyone else touch…because these issues, like a lot of others in contemporary America, are simply ‘hands off’ for the sake of what some would call ‘fair’, or even politically correct.

Some I’ve written about before, and some you’ll read today for the first time.  Beginning with….1)

1)  Without question I’d do away with aluminum baseball bats.  Gawd, I hate ’em.  This, too, is petty, you might say, but I can’t stand the way they sound, and the old argument about them being more financially feasible is nonsense.  A quality aluminum bat now costs as much as $400.  A quality wood bat for amateur play can be bought for $50 to $75.  The issue of safety has been dealt with through the BB Core modification, but look at the number of .350 hitters that turn out to be .250 hitters at higher levels of baseball because they grew up using aluminum bats.  And by the way, aluminum bats break, too. 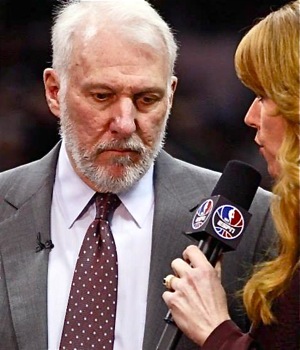 Necessary, or even interesting? One of the worst example of sideline interviews is San Antonio Spurs coach Gregg Popovich, who clearly isn’t in favor of the practice.

2)  Why does there have to be a sideline interview with football and basketball coaches as they leave the field for halftime?  Coaches obviously don’t want to do it, the questions are trite (at best), and the answers aren’t much better.  It’s window dressing for the networks, window dressing for the interviewers, as well, and I suppose, something else for the marketing department to sell.

3)  But again, everything is over-hyped and talked about to the point of you just wanting to turn it off.  Every sport – college football, the NFL, the NBA, and major league baseball – has become one continual analysis show after another.  I love baseball, but it simply doesn’t get any worse than Kevin Millar and Chris Rose’s show on the MLB network (Intentional Talk)…and that’s what it is.  It’s intentional talk that serves no purpose or entertainment value.  I love Kirk Herbstreit, and he’s one of the best in the business, but three hours of College Game Day on ESPN is simply too much.  And while Charles Barkley is refreshing, he, Shaq, Ernie Johnson, and Kenny Smith trying to explain the NBA is off the charts for the sake of being unnecessary.

4)  I’m convinced that one of the reasons why baseball is falling in popularity (besides length of games) is the over-infatuation with statistics that are meaningless to the average fan. For instance, “WAR”, is an attempt by the sabermetric  baseball community to summarize a player’s total contributions to their team in one statistic. WAR is all-inclusive and is used as a reference point for comparing players and a possible replacement.  But along with the other statistical crap being thrown around now it’s simply too much, and too complex, to digest for the sake of watching and enjoying the game.  I know this…in the glory days of major league baseball what mattered was batting average, home runs, and RBIs if you were a hitter.  If you were a pitcher it was wins, losses, and earned run average.  Wins above replacement (WAR) I don’t need, and apparently, neither do the Reds.  They need much, much more.

5)  If I had my way we’d pare down the high school tournament process in all sports…to eliminate early blowout games, provide some extra time between seasons for rest, and simply, respect for the game.  Or for that matter…some respect for the patrons who pay to watch awful, awful tournament games!  I’ve said for years that if teams don’t win a requisite number of games in the regular season they shouldn’t be qualified for post-season play.  And we actually do that for high school football;  but not volleyball, basketball and baseball.  The argument for it is to give everyone a chance to play for a state title – the one-in-a-million chance that of a longshot actually coming through, and we say we do that for the sake of the kids.  But in reality, we do it for the sake of added games and added ticket revenues for the governing body.  So, we have a championship process for volleyball that runs over into basketball, basketball into spring sports, and in football…the ultimate teenage champion ends up playing 15 games, one short of an NFL schedule.  For the sake of the kids, you know.

6)  Finally, wouldn’t you like to see a World Series game played in the daytime again?  I know I would.  And for that matter, why can’t the Super Bowl be played in the afternoon, as well, instead of starting at 7 in the evening and droning on towards midnight?  The answer to these questions, of course, is television ad revenues and the perception that nighttime is prime time for potential audiences.  But if you go back and watch film of the 1971 World Series between the Pirates and the Orioles, and Roberto Clemente making his final statement as one of the game’s absolute best players, all-time, it’s wonderful to see the game played under the sun, instead of under the lights.  It will never be that way again, but it WAS better.  And for that matter, if you go back and see re-runs of the early Super Bowls (before they were actually called Super Bowls), the broadcast came on a 1 pm and kickoff was promptly at 1:15.  They played the Star Spangled Banner, let off 10,000 helium-filled balloons, and then played football…on grass!

There’s more, of course, but I don’t want to risk putting you to sleep with too much analysis.  And there is such a thing as too much…and I’d like to change that! 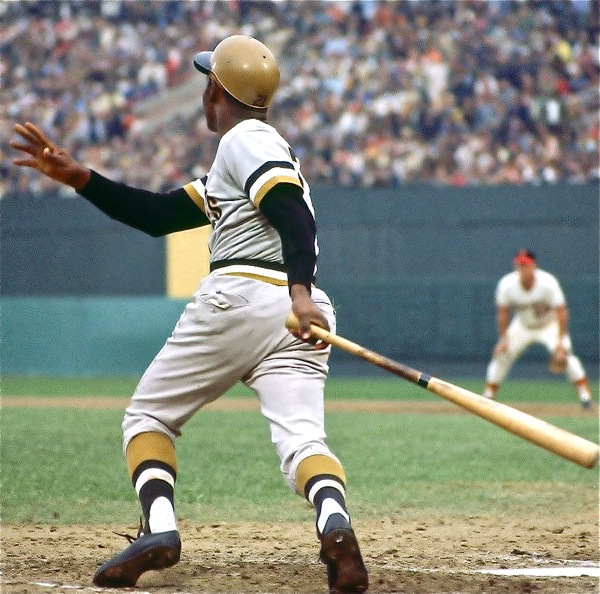 How many can actually say that they remember watching the World Series when it was played in the afternoon? Roberto Clemente bats against Baltimore (above) in a day game played in the 1971 Series. (Press Pros File Photos)