Buckeyes Bruised By Gophers But Hang On For Win

COLUMBUS — The way Dwayne Haskins operates in the pocket, you know you’re watching something special — easily the best passer in Ohio State history and someone you don’t want to miss seeing in action because he might make a throw that leaves you shaking your head in wonder.

He can dissect defenses with a flick of his wrist. The nation’s leader in touchdown passes this season is playing at such a high level that you’re surprised when the offense DOESN’T reach the end zone. And if the Buckeyes could just supply him with a grinding run game and dogged defense, they’d be ready to do battle with Alabama and other heavyweights in the college football playoffs.

But as a slipshod 30-14 win over Minnesota revealed — a game that wasn’t decided until deep into the fourth quarter — it’s time to put out an All-Points Bulletin for the help Haskins needs.

Urban Meyer likes to say Ohio State is an offensive line-driven program, and that’s what he’s had in the past. But his current five-man unit has trouble getting a push and seems to be regressing. That’s how the Buckeyes can have two backs who each have had 1,000-yard seasons and not generate much of anything on the ground.

They had 92 yards on 32 attempts against the Gophers for a 2.9 average, a five-year low. In Meyer’s six previous seasons, the Buckeyes never went more than two straight games with fewer than 200 yards on the ground, but Saturday’s anemic total was the fifth consecutive time they’ve fallen short.

That’s putting enormous pressure on Haskins, though he doesn’t seem to mind.

He finished 33-of-44 for 412 yards and three touchdowns with no interceptions — despite being continually harassed. There’s been three 400-yard passing games at Ohio State: Haskins 2, Art Schlichter 1.

The third-year sophomore completed three deep throws in the first half for a 17-14 lead: 42 yards to K.J. Hill to set up a field goal, a 41-yard rocket-propelled grenade to Terry McLaurin for a touchdown and a 36-yard TD to Hill where he made a sensational one-handed grab. 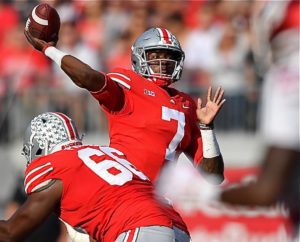 Dwayne Haskins had another big day and is bearing down on the Buckeyes’ season record for touchdown passes.

After the Gophers missed a 49-yard field goal with 5:46 left in the fourth quarter that would have made it 23-17, he uncorked another perfect throw to Hill for a 27-yard score.

But even with Haskins’ brilliance and prevailing in the turnover battle, 3-0, the Buckeyes still were pushed to the limit by the 3-3 Gophers, who were blasted by Maryland and Iowa in their previous two games.

Does that mean any future opponent is a threat? As folks are fond of saying in friendly Minnesota, you betcha.

The 7-0 Buckeyes gave up a robust 397 yards and were wretched on the visitors’ first four possessions. They allowed a pair of 75-yard touchdown marches and two other drives that crossed midfield.

In keeping with a season-long theme, they gave up a slew of chunk plays: 13 and 15 yards on the first two snaps, a 25-yard run on the second series, a 29-yard completion on the third and a 34-yard gain on the fourth.

They did slightly better in the second half (0 points, 159 yards), but they still gave up explosive plays. Running back Mohamed Ibrahim rushed 23 times for 158 yards and two TDs. Yikes!

The Indiana success last week may have been a post-Penn State hangover, but the abuse administered by Minnesota would suggest we’re starting to see a trend. 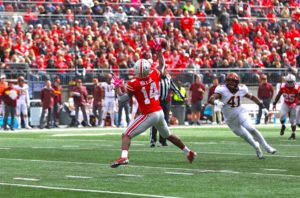 K.J. Hill’s acrobatic one-hand touchdown pass was the offensive highlight of the game.

All-American defensive end Nick Bosa is out, yes. And two other injured starters, outside linebacker Malik Harrison and defensive end Jonathan Cooper, missed the game, too. But the issues seem to go deeper than that.

The front four is frequently getting blown off the ball, and the back seven are either too young or just plain subpar.

We’re so accustomed to seeing a lock-down defense at Ohio State. Think of the last two Michigan games. That unit carried a mediocre offense to victory.

But the Gophers had their way for much of the day, and they started a true freshman walk-on at QB in Zack Annexstad, too. Tougher competition is coming.

The coaches gave the usual spiel afterward about needing to get better. But we’re seven games into the season. How much better can we expect them to get?

The Buckeyes went into the day hoping to find solutions to some problem areas, but they left the field with more questions than answers.

Yep, better send out that APB. 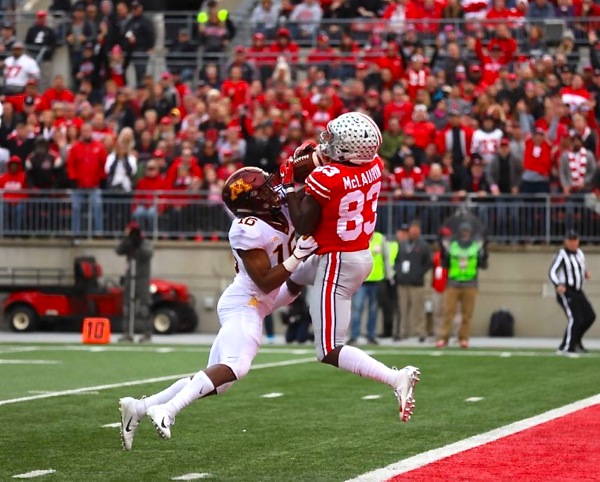