As another lost season for the Reds comes to a close, it sheds new light on future seasons and an alarming trend of apathy for the game at all levels.  Here’s why.

The Reds mercifully packed their bags after Sunday’s final game with the Pirates, while no one seemed to care.  And here’s what their annoying habit of losing 90 games a year has come to mean.  No one even talks about ‘Wait ’til next year’, as was the rallying cry of the old Brooklyn Dodgers.

Of course, when those Dodgers (not today’s Dodgers) played it was the heyday of baseball.  People adopted players, followed them statistically, visited with them at the ballpark, even had them over to the house for a home-cooked meal.  Try doing that today.  Some security goon would throw you to the ground and have you in ‘cuffs if you even tried to get a selfie with Joey Votto.

Now, the game has lost the average fan, especially in towns that don’t win, like the Reds and Cincinnati.  The club has never relied on Hamilton County residents to fill the stands.  Rather, they’ve boasted for years that it’s a regional franchise.  But now there’s just no reason to travel from Huntington, Ashland, Circleville, Columbus (Indiana), and Lexington (Kentucky) to see a team that’s not competitive and unfamiliar from one week to the next.  The roster is a revolving door of Double A and Triple A players shuffled back and forth out of desperation.

And the product on the field – the game itself – hardly resembles the game that I grew up with at Crosley Field.  In fact, the game at any level of baseball is not the same as the one I played in high school and college.  Because, for today’s fan it’s just not that interesting to watch.  And here’s why.

On a recent rainy day I cleaned out some drawers and files in my office – some old scorebooks and notes from the 2015 high baseball season.  Looking at the 30-some-odd game we covered that year I did some math and found that in the average 2015 game area teams had almost six strikeouts per game.  A light came on in my otherwise dim brain, and I did a quick comparison with last year’s scorebooks and notes.  In the forty-some-odd games we covered in 2018 (including the state tournament), area teams averaged almost nine strikeouts per game. 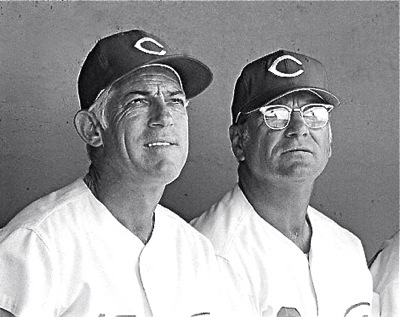 Good Ol’ Days…George Scherger (right), with Sparky Andersson as they appeared with the Reds in Anderson’s rookie year as manager, 1970.

Those same stats, when compared to major league baseball are even more alarming – the percentage of increase for strikeouts even more poignant, as power arms and power hitters come face-to-face.  Something’s gotta’ give.  More often than not, it’s the hitter.  For every Joey Gallo whose up there to hit the ball out of the park (he hit 39 for the Rangers this season, but he’s hitting .210 with 200 strikeouts), there’s a Jacob deGrom (for the Mets) who’s average three strikeouts for every Joey Gallo hit – almost ten to one over a nine inning game.

What this says, of course, is there’s not enough action apart from the pitcher and hitter to warrant interest for today’s fan.  Billy Hamilton makes a fantastic catch about twice a month, yes, but is that enough to make you take a chance on coming to the ballpark on the night he does it?  No!

And no longer can you give the kids even a ten dollar bill for hot dogs and a beverage.  Baseball, you see, has become impersonal, and very expensive.

I write this often, and many scoff, but the quality of major league baseball has become so watered down that the comparisons you can make with Division I college baseball make you wonder if you’re watching the same game.  Big Ten outfielders absolutely never miss a cutoff man, and they throw to the right base in the first place.  College infielders delight in taking pre-game infield practice, and put on a dazzling show turning the double play.  Big leaguers haven’t taken infield practice for years.  It’s simply too much work, and time out of their already-busy day. 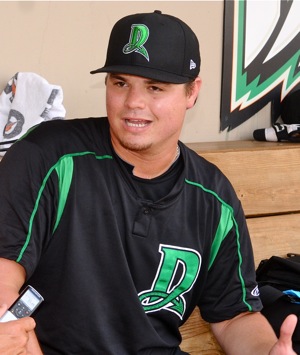 Who’s on the way?  Nick Travieso was a first round draft choice years back, but never got out of the farm system.

Yeah, the Reds lost 95 games this year, and there’s nothing short of an overall change from ownership to bat boy that prompts me to believe they won’t lose 90 again next year.  While scouts say their farm system is the 6th best in baseball, with Senzel, Trammell, Spillane and India on they way (all hitters), time and experience has left me to wonder who will pitch?  And in an effort to sign free agents, who would look at their record and the prospects of pitching in a home run ballpark and sign up for that?

For that matter, who would sign up for the seeming instability of the overall organization?

This is a far cry from the Reds of 1990 (the last time they appeared in a World Series), much less the Big Red Machine.  And now they’re playing before a culture that simply has more, and better things to do than watch boring baseball that’s overpriced and non-competitive.  They’re not alone.  The Marlins, White Sox, Royals, Rangers, Padres and Orioles are right there with ’em – teams that lost 95 games or more.  And to address it, they’re all promising a change of manager and a fresh approach in 2019.  Wonderful.

None of them say anything…about better baseball! 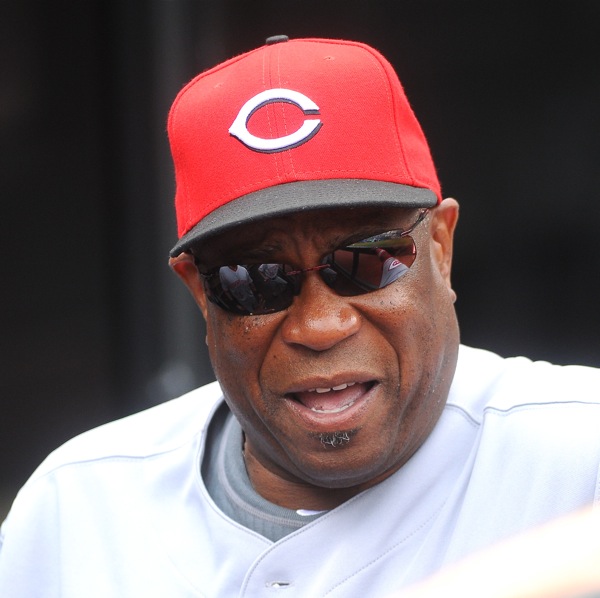 They fired Dusty Baker back then because he didn't win enough. Now they're firing managers that lose as many games as Dusty Baker won. (Press Pros File Photos)