What You Immediately Notice About Football…..

It’s another year of high school football, but with an overtone of safety that’s immediately noticeable. Win or lose, the word for now is better safe, than sorry!

Sidney – There’s one thing that stands out at this week’s initial high school football scrimmages.

There always is, in fact.

For some teams it’s a specific player – the quarterback with a cannon arm, or the running back that’s the fastest kid on the field with thighs the size of power poles.

Some years it’s a rule change, or a point of emphasis for rules already written. And for about a month they enforce them to the point of too much emphasis. Frankly, I think there are too many illegal procedure calls made in high school football – like trying to strictly enforce a 17-inch wide home plate in baseball. But the only way to learn, they say, is run the game with an attitude of ‘no tolerance’.

But this year…to my naked eye it appears that the emphasis is on safety in tackling. Take no chances, don’t lead with your head (in fact, keep your head out of the way), hit with your shoulder, and limit the collateral damage. It may cost you a few yards or a first down, but hey…it’s the way football is bound to be played from now on. 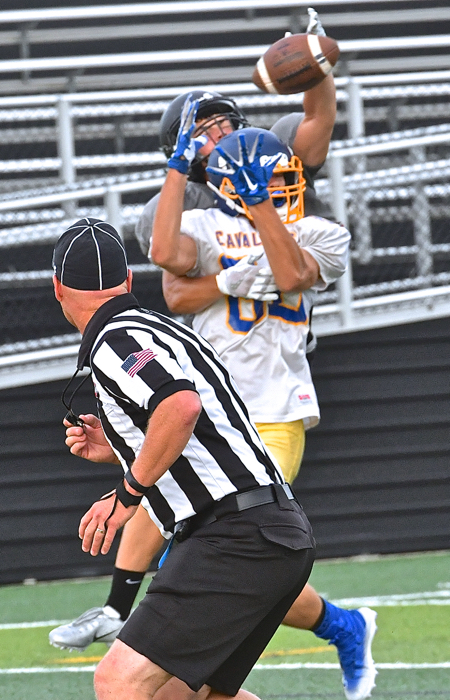 The official had a better position than the players during Tuesday action at Sidney.

It was clearly evident Tuesday morning in Versailles’ tussle with visiting Brookville…or was it?

“Actually,” said Versailles coach Adam Miller, “Saturday was the first contact in practice that we’d had. So what you saw today was just bad tackling.”

But Miller is one of a growing number of coaches who’s willing to let education and a commitment to safety set a precedent for the future of football.

“It used to be that we’d have a lot of head-to-head tackling with players that ran right at you,” he said after Tuesday’s scrimmage. “You may have spent one day early working on tackling and that was it.  Now, we’re teaching more,  and better technique in recent years and educating the kids on how to actually tackle better, and our incidents of concussion have gone down significantly.”

Others, both on the sideline and in the stands, have a different perspective.

“Yeah, but we’re about to educate football instinct right out of the game,” says Russ Massey, a dyed-in-the-wool Friday night fanatic from Sciotoville, Ohio.

“My worry is that the more kids have to think about how to tackle the more likely they ARE to get hurt. And by week three, or four, if they haven’t won a game you’re going to see a lot of them revert to more instinctive play, which sometimes means their head is going to get in the way;  because you can account for yourself, but you can’t account for the guy you’re trying to tackle.” 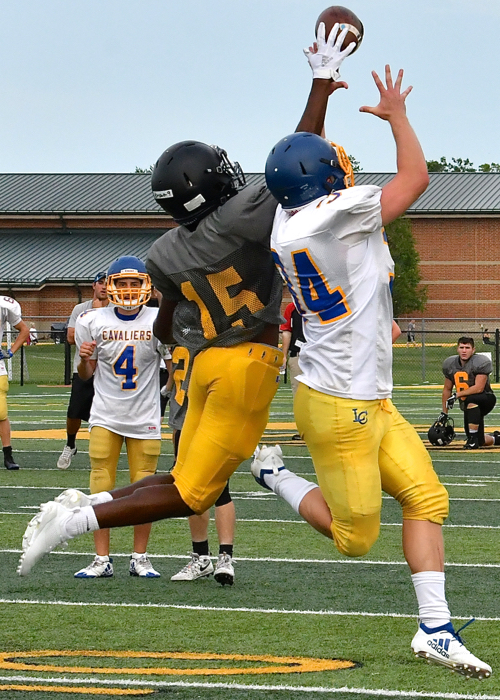 Clearly, it’s early. And clearly, these are young kids learning to play varsity football in many cases, which, in Adam Miller’s words, means that three days of football contact is hardly a big enough sample size.

But there is concern among veteran coaches in all sports…that to legislate safety at all cost will someday exact a far greater cost in terms of the instinct to simply compete.

“I guess I don’t see that,” says Sidney’s Adam Doenges. “But maybe it’s because I haven’t coached as long as some of those guys, like my old coach from St. Marys, Doug Frye.

“I know some of them say they’re worried about where the game is going, but I look at the immediate future and try to make it as good, and safe, as I possibly can. It’s still a great sport – eleven on eleven – and everything’s got to go perfectly for things to work out, and football still teaches more than any other sport.”

In another example of what you notice immediately, Lehman coach Dick Roll talked hesitantly Tuesday evening about the obvious disparity in roster numbers as his Cavaliers took the field for a controlled scrimmage against the cross-town Sidney Yellow Jackets. 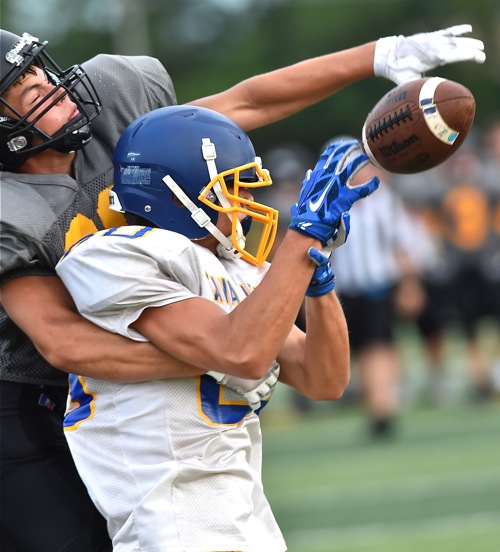 Sidney had at least 80 kids in pads in helmets. Lehman had 22 on hand, by actual count, the smallest turnout for football in Roll’s decade-plus with the Cavaliers.

And you have to be, regardless of the size of the fight in the dog. It’s hard to play football safely, and responsibly, with just twenty two kids.

“But I told the kids, I’m treating it like Lima Perry did last year,” he said. “They had this same number of kids and got second in the league and made the playoffs. So that’s how I’m treating it. You can win with this number, and we’ve got some good kids. But you have to stay healthy. We don’t have much margin for error.”

No need to mention that to quarterback Elliott Gilardi, one of the area’s best throwers, who in his senior year will be slinging it without benefit of giant receivers like graduated Cam Lee and Michael Bunker.

“You just have to fight through it,” Gilardi said bravely on Tuesday.

It was hard to notice…if he said it with much conviction. 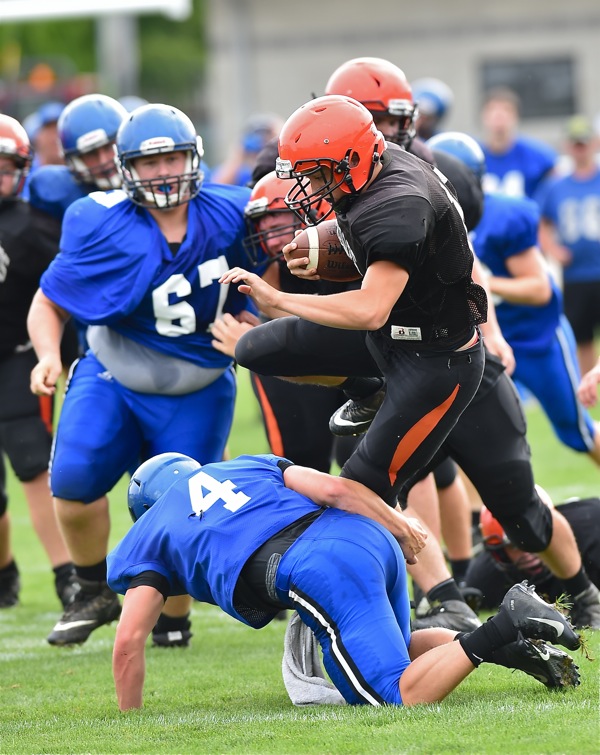