For fifty three years it has been the iconic rally song of the Ohio State Marching band, but few no much if anything about, Hang On Sloopy, or even ‘The McCoys’, the group that gave it life.

As a member of the Ohio State Marching Band from 1970 thru 1972, I can honestly say that we played  Hang On Sloopy to death – so much, in fact, that  many of the band members groaned back then when the tune was called up.

And in case you doubt me, none other than the director of the band back then, Dr. Paul Droste, confirmed that the song had grown tiresome to both members and the staff by the time he took the reins in the fall of 1970.

“John Tatgenhorst had done the arrangement in the fall of 1965, and begged Charlie Spohn (the director at that time) to play it,”  said Droste in an interview last fall.  “He said it would be a hit on Saturday afternoons in the stadium.  Well, Charlie finally played it on October 9, 1965 at a game against Illinois, and the crowd loved it.  They liked it so much that they began to demand it.  They would begin chanting at the start of the fourth quarter, “We want Sloopy. We want Sloopy’, and of course, we played it.

“But by the time I replaced Charlie in 1970 I felt that it had gotten tired.   We were playing it ten or twelve times a game – pre-game, halftime, in the stands, and post-game. So I decided that I was going to rein that in, so I’d wait until the stadium got kinda’ nasty about it, “We want Sloopy, We want Sloopy”, and when they’d start throwing things I knew it was time to play Sloopy. I cut it down to twice a game, and I saved the tune, in my opinion, because it was over-played. The band was tired of it, and I can’t speak for audiences, but I think they were, too. Now it’s something that’s uniquely ours, like the ‘Script’, and I’m glad it’s still around and popular.”

Just about everyone in Ohio knows ‘of’ the song because of the Buckeye marching band, but hardly anyone you ask knows much ‘about’ the song, as recorded by an Indiana pop group called The McCoys back in the summer of 1965.  The original attempt at writing the tune came from a high school kid in St. Louis, Missouri, who unsuccessful in his attempts to get it noticed, sold it to another writer named Bert Russell (aka, Bert Berns).  Little is known about Russell and any adaptation of the lyrics, but there is a story that a club singer named Dorothy Sloop, from Steubenville, Ohio, became the inspiration for the song as we know it now.

Somehow Russell (Berns) found a group on the west coast that did like it and recorded it as early as 1964 (The Vibrations), and then in early 1965 a group called the Olympics gave it a run.  It achieved some popularity, but never migrated east.  That is, until The McCoys, from nearby Union City, Indiana, got hold of it in July of ’65 and laid down their own track.

The lead guitarist and singer of the group, by the way, was a guy named Richard Zehringer, from Fort Recovery, Ohio, who eventually changed his named to Rick Derringer…before working with Edgar Winter – and then later with Steely Dan and Cindi Lauper.  Derringer is second from the top in the above photo.  Whatever they did differently made it an instant national success, and by October that fall it was the #1 record in America.

The rest of the story is pretty much history.  Hang On Sloopy is still around, it’s still popular through the Ohio State band, and while the McCoys would go on to record other songs, none of them ever stuck in the minds and the hearts of music lovers – not like ‘Sloopy’ did.

Rick Zehringer (Derringer) is still out there, still performing, and appeared with the Ohio State Marching Band at a football game in 2015 to perform his legacy hit.  But largely, he’s become a victim of “what have you done lately”, and made the news headlines in 2017 by accidentally carrying a loaded pistol onto a commercial airliner.

Still, he gets great credit for being the core answer to one of music’s best trivia questions.  And for all we know…probably tired of hearing someone else play Hang On Sloopy! 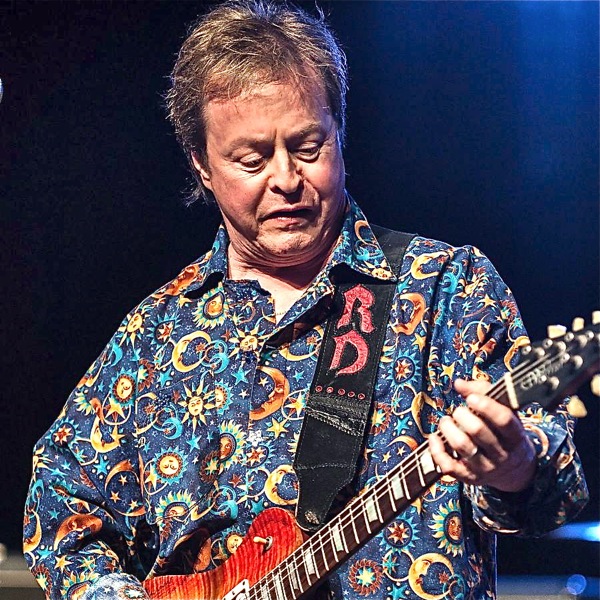 Fort Recovery's Rick Derringer (Zehringer) was the lead vocal with the band, The McCoys, on the country's #1 hit when he was 17 years old in the summer of 1965...Hang On Sloopy.