The story behind two of America’s most recognizable tunes, traditional favorites from the nineteenth from the 19th century…and how Ray Charles’ recording would make one of them a contemporary masterpiece that sealed his place as an American musical icon.

It’s really not hard to find something to write about America on this 4th of July.  Despite our issues, and clash of cultures, we still shine brightly as the beacon of freedom and liberties to the rest of the world.

We’ve worked for it.  We’ve died for it.  And frankly, in contemporary respects I’m of the opinion that it belongs exclusively to those knowledgeable of the ultimate price demanded for what we have…or to those willing to pay it themselves.  It’s been suggested already that immigrants seeking refuge in America serve a mandatory four-year term of enlistment in a branch of service just to understand that nothing good in America, or about America, comes free.  If they’re willing and can cut it, fine.

In the past I’ve shared military perspective about our national holiday, the day we celebrate who we are and how we got to be.  I’ve shared some historical minutia about the sensitivities of Americans to wars and their outcomes.

For instance, it will come as a surprise to many that in Vicksburg, Mississippi the 4th of July was not recognized officially as a national holiday until 1945, 82 years after that city surrendered in the Civil War to the forces of Ulysses S. Grant and the Union Army, in 1863.

I’ve written about how the 4th is commemorated in Gettysburg, Pennsylvania, where the greatest battle in the history of the continent was fought over July 1,2, and 3rd, 1863, during that same period at Vicksburg.  Those three days of fighting amounted in more casualties (51,446) than nearly ten years of fighting in Vietnam a century later.  Each year now thousands of curious spectators come to the small Adams County town to witness the annual re-enactment of the battle.  It’s sweltering hot, like it was in 1863, and quite the spectacle!

And previously, I’ve shared the history of the music that we’ve come accustomed to hearing as the 4th’s official song, The Stars And Stripes Forever, written by the ‘March King’, John Phillip Sousa, in 1896.

Sousa wrote the tune of Stars And Stripes from memory – of a melody that popped in his head during an ocean cruise back to America from a European vacation.  When he got to the states he committed the notes to music and later explained that the complex nature of the march was due to his appreciation for different parts of the country.  The trio of Stars And Stripes, he explained, was a tribute to the North.  The piccolo solo was in recognition to the South, and the brash trombone notes written in the bridge was meant to represent the personality of the great American West.

It was popular, yes, an American favorite since its debut.  But it also had competition…by the mistaken notion held by many that another march, The National Emblem, written by E.E. Begley in 1902, was the ‘official’ march of the United States of America.  That was not ‘officially’ true, of course, and any and all confusion was cleared up in 1987 when the Stars And Stripes Forever was officially designated by Congress as the nation’s official march.

But since 1976 Stars And Stripes has had competition of another kind for recognition as America’s favorite patriotic song, in the form of a well-known poem written by Katherine Lee Bates (no, not that Kathy Bates) in 1895.  Her inspiration came from a trip out West where she saw the Rocky Mountains and Pike’s Peak for the first time (purple mountains majesty), and she called her composition, simply,  America.

Separately, a church organist from Newark, New Jersey named Samuel A. Ward wrote music for it a decade later, and while Bates and Ward never met, music and words were combined in 1910 to become America The Beautiful.  It caught on with the American public and became popular, so popular in fact as to be claimed in some parts of the country as ‘the’ national song.  However, another national song, The Star Spangled Banner, would later claim that designation, officially, on March 3, 1931, as signed into order by President Herbert Hoover.

America The Beautiful remained popular, and was sung by every school choir in America, recorded by numerous artists as a patriotic statement.  But in 1972, soul artist Ray Charles laid down vocal tracks with his rendition as a tribute to the upcoming American bicentennial. Charles’ version, he would later claim, was meant to give flavor to the tune that would appeal to every American taste in music – a little soul, a little country, and just enough tradition.  It took the country by storm. 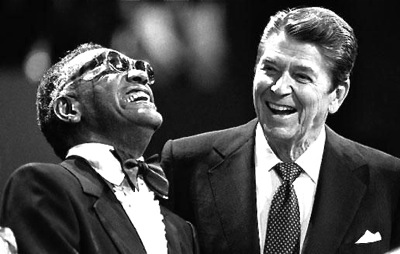 Ray Charles performed America The Beautiful for President Ronald Reagan at the Republican National Convention in 1984.

He did it in a slow, rocking tempo that removed, or reorganized, some of the more familiar verses and emphasized the bravery of those Americans who had died to preserve the rights of others…”who loved their country (and mercy) more than life”, as he sang.  He emphasized little-known lyrics, like “til all success is nobleness, and every gain Divine.”  Later he would claim, “I just spun a little country to it and this is how it came to me.”

It was a hit, there was new appreciation for the tune and Bates’ words, and it was played millions of times on radio in 1976 to commemorate the 200th birthday of America.  And over the years beyond the bicentennial it became Ray Charles’ most requested song for command performance – at major league ballparks, at the Super Bowl, and the Republican National Convention in 1984 as a tribute to Ronald Reagan, running for his second term as President.  It is to this day his most popular recording of all time…ahead of I Can’t Stop Loving You, Georgia On My Mind, Hit The Road Jack, and numerous others.

Charles, of course, died in 2004, but his music lives on in popularity that rivals every genre before, or after.  And on this 4th of July, John Phillip Sousa, would be surprised, and probably a bit upset, if he listened to AM, FM, or XM radio.  You may not hear the Stars And Stripes Forever at all.  But every one of them will be playing Ray Charles singing America The Beautiful.

And a lot of people will be claiming it as…’America’s song’. 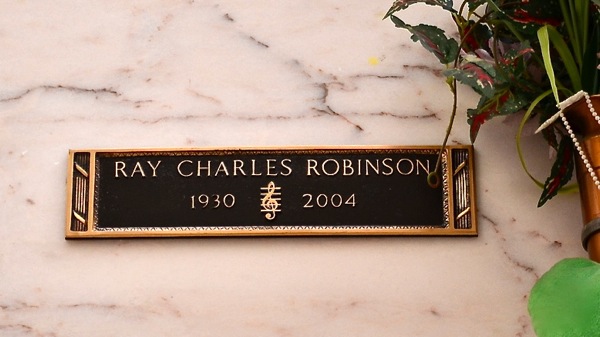 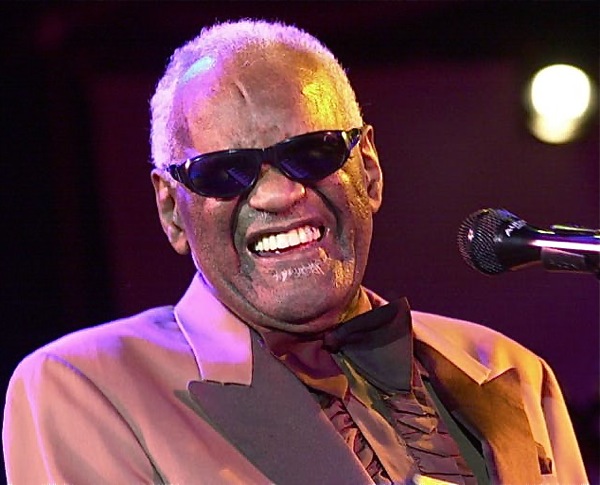 He originally recorded America The Beautiful in 1972 as a tribute to the American centennial. But the song would later become Ray Charles' most popular recording of all time.