At the time of it’s American release in June, 1963, this Japanese hit record became one of the best selling singles of all time.  So popular at the time, it’s now been lost for nearly fifty years. 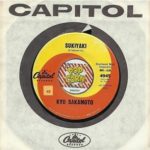 It happened this coming week 55 years ago, on Father’s Day, 1963. A Japanese singer named Kyu Sakamoto released a mysterious record in America that would become the number one hit single for an incredible two months.

All summer long people were humming, whistling, and trying to figure out what Sukiyaki (the record’s title) was all about. Sakamoto, a popular young crooner in his native country, recorded the song in Japanese.  And Sukiyaki, in Japanese, translates to being a dish of cooked beef, with no relevance at all to meaning of the lyrics.

It was written by lyricist Rokusuke Ei, and the music was composed by Hachidai Nakamura – a song about Japanese student protest over US Army presence on the island after World War II. It’s about a young man mourning the loss of his country’s sovereignty.  But the lyrics were written in such a generic manner as to represent  political protest, hope, or lost love. Over the years it has been modified and released by various artists in different countries to represent little more than a sentimental love song with a catchy tune.

But in America, in 1963, Sakamoto’s tune took America by storm. The 45 rpm single sold a record 13 million copies – incredible for the fact that hardly anyone in America, outside of those of Japanese descent, could understand the lyrics. Released a year earlier in Great Britain, in the spring of 1963 a disc jockey in Washington state heard the British version and started playing it in Seattle.

He used as a title, “Sukiyaki”, which was easier to digest for Americans than the Japanese title of “Ue O Muite Aruko”, and requests from the Asian community of Seattle started pouring in. It spread, and within weeks Capitol Records obtained the American rights to the song and released it on June 18.

To many Japanese, the song and its title (which translated means, I Look Up When I Walk) suggested Japan’s re-emergence to the world following the devastation from the nuclear attacks on Hiroshima and Nagasaki that ended the second World War.  They interpret the song as meaning there’s no looking back at a lost culture – to only look forward to the opportunities of a new day.

But to stateside music enthusiasts, it represented something new, different…and the only song by a Japanese artist, and the only song with lyrics entirely in Japanese, to hit #1 in the United States. It still is.

As for Kyu Sakamoto, the song made him a huge star in Japan as a recording artist. Unfortunately, his fame was short-lived because at age 43 he died in a commercial airlines crash in Japan on August 12, 1965. The deadliest single-aircraft accident in history, it killed a total of 520 people.

The song, like Sakamoto, disappeared. For forty years it was only occasionally played in America as a trivia novelty, and as radio evolved and music went from vinyl, to cassettes, and eventually online.

Once described as one of the prettiest tunes in the history of pop music, it became a lost hit of the 60s – one of the biggest hits of all time.  But people of my generation, who depended on their radio for music back then, might click on the embedded link and remember Sukiyaki…this week in history, 1963.

Dave Arbogast is a proud sponsor of sports of all sorts on staging.pressprosmagazine.com 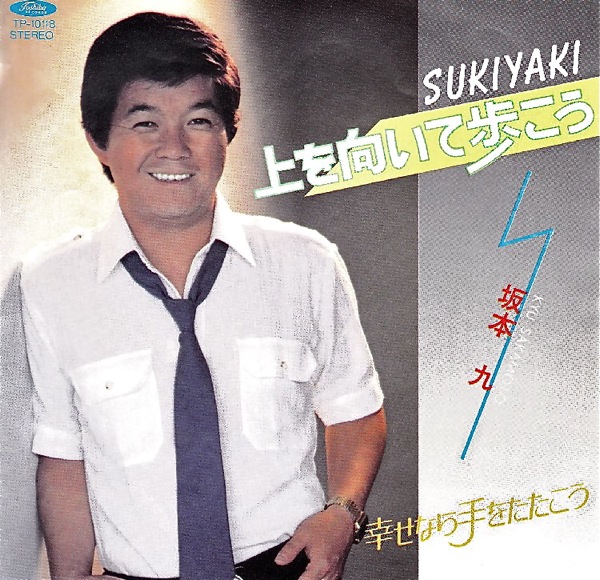 Kyu Sakamoto became a Japanese sensation, and his one hit single record became the #1 record in America for two months in the summer of 1963.