Ohio State Runs Out Of Arms, Falls To No.1 Minnesota

Ohio State’s tired bullpen collapsed in the sixth inning against Minnesota Saturday, resulting in the team’s elimination from the Big Ten tournament after reaching the semifinals.

By Andy Anders For Press Pros

Omaha, Nebraska – Ohio State senior left fielder Tyler Cowles batted in the game’s first run each of the Buckeyes’ first three contests in the Big Ten tournament. But Saturday Patrick Fredrickson started for top-seeded Minnesota, a pitcher with a 1.80 ERA and an 8-0 record on the season. There was no one on base this time. What was Cowles going to do, down 0-2 in the count? 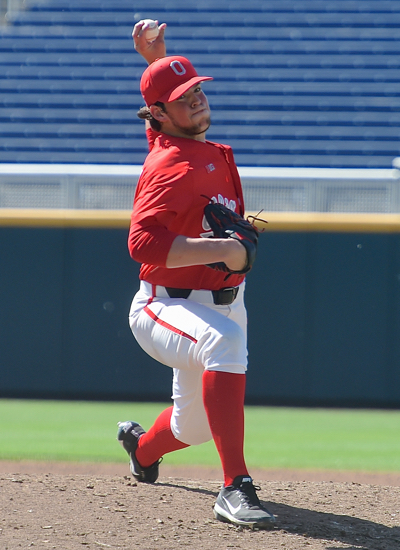 Clang an inside fastball off the top of the left field foul pole, of course.

“It was a two-seam running in on me and I just got a barrel on it,” Cowles said.

Unfortunately, that was the only highlight for the Buckeyes during an 8-1 loss to the Minnesota Golden Gophers in the Big Ten tournament semifinals. Ohio State is going home to await news on NCAA tournament positioning.

Fredrickson turned out to be as good as advertised.

“I think the biggest thing for him was locating the fastball at the knees, locating every pitch at the knees,” Cowles said. “He’s the Big Ten pitcher of the year, so if we’re gonna beat him we have to make sure he makes mistakes and he didn’t do that today.”

“I try and have the same attitude every start,” Fredrickson said. “I try to remind myself, ‘No, it’s just another game, you’ve gotta come in with the same intensity and attitude as you did the game before.’”

Minnesota’s offensive strategy entailed wearing down Ohio State’s two spot-starting relievers, senior Yianni Pavlopoulos and freshman Griffan Smith, and attacking at the end of their time on the mound. Then all that remained were the tired arms of the Ohio State bullpen.

If nine walks is any indication, those arms were indeed tired.

“One of our main goals on our stat sheet is the free base category, and our number was bigger than we’d like it be,” Ohio State coach Greg Beals said. “We didn’t [give up free bases] the last two days. We did that today.” 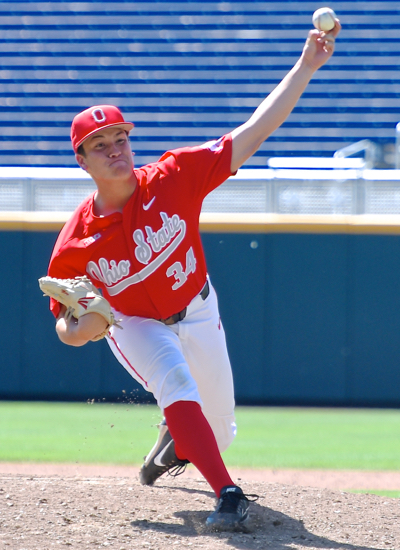 With the Buckeyes running low on pitching options, Andrew Magno made a rare appearance.

Pavlopoulos started well, given his 5.01 ERA and Minnesota’s .301 team batting average. A couple runners got into scoring position but none crossed home plate in his first three innings of work. Then the fourth came and he lost control, walking a batter and surrendering a pair of singles to load the bases with no one out. At that point, Smith entered for his first appearance of the tournament.

The left-hander looked like a world beater his first two innings. He got out of the mess Pavlopoulos left with a tie game, 1-1. The Gophers only got a runner to second base because of an error in the fifth. Otherwise, Smith handled the order easily, recording a strikeout.

“I’ve been in Ohio State’s place, it’s no fun. Try to figure out who you’re gonna run out there and who’s gonna pitch, and if you win you’ve gotta play another game, and another game,” Minnesota coach John Anderson said. “No question, we just had to battle and keep the game in balance and try to get into their bullpen and force ‘em to keep running guys out there.” 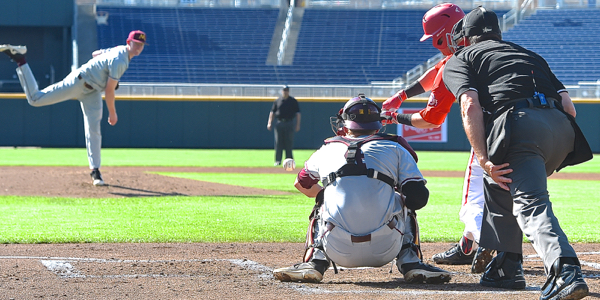 Ohio State turned to reliable senior Kyle Michalik next, but the fatigue from two appearances in the previous three days was apparent. He retired a pair then issued back-to-back, five-pitch walks. Junior first baseman Cole McDevitt’s two-run single closed the book on Michalik and brought on sophomore Andrew Magno.

“I was hoping to get Michalik to get another ground ball in there and get us out of that sixth innings,” Beals said. “I thought we were right in it to that point. 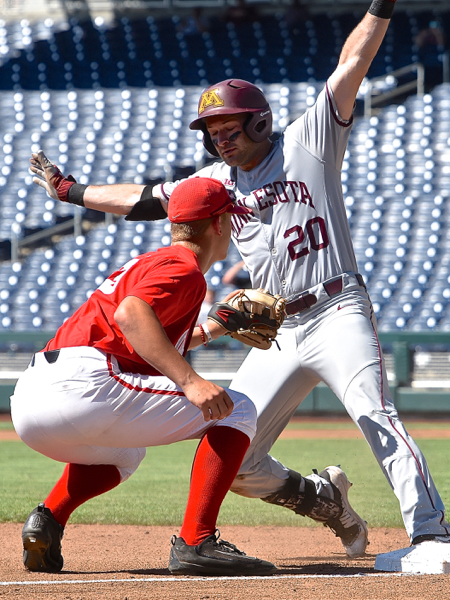 Curtiss Irving gave up the final bit of damage for Ohio State, another two-run single from sophomore right fielder Jordan Kozicky. With the score 7-1 in favor of the Gophers, Beals cleared the bench.

Thus concludes Ohio State’s run at the 2018 Big Ten tournament. Reaching the semi-finals as a seven-seed after losing they opening game could be viewed as overachievement.

“I’m proud of what we did this week,” Beals said. “The way we played with our backs against the wall on Thursday and Friday, and I’m really really hopeful that the NCAA selection committee is going to recognize the body of work, the strength of our conference, and put these very deserving young men in the NCAA tournament.”

Assuming Ohio State makes the NCAA tournament, a positive from today is that it should be well rested when it gets there. Star relief pitcher Seth Kinker didn’t pitch today, and all three starters only appeared once in the Big Ten tourney. Sophomore Dominic Canzone’s thigh contusion will also get some time to heal this week. 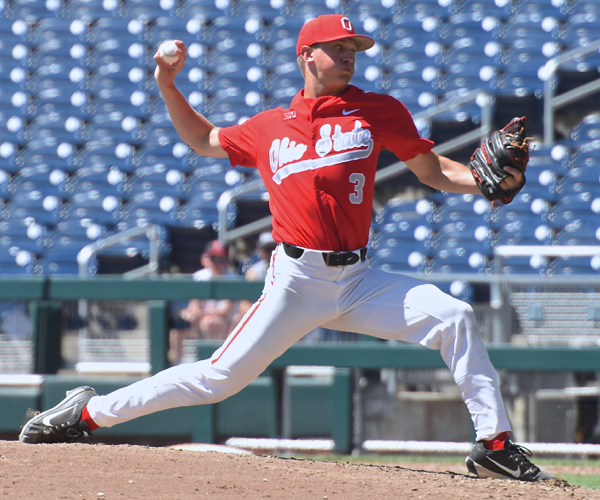 Jake Vance closed out a rough pitching day for the Buckeyes, the last of six hurlers to see action. 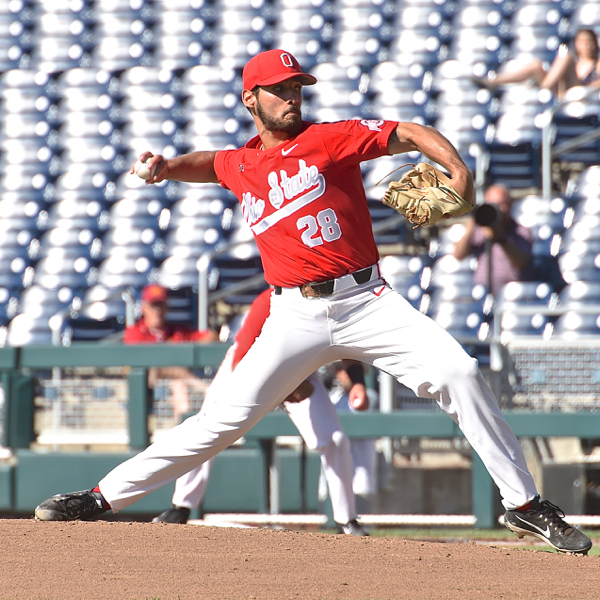