It was odd in its doing, and unorthodox.  But it doesn’t matter at this point in the season.  Any way it takes to win, which is what #1 seed Russia had to do to beat Lehman Wednesday in the Div. IV district semi-final.

Pleasant Hill, OH  –  I don’t know if Lehman’s Dave King or Russia’s Kevin Phlipot believe in omens, or not.  I didn’t ask them.

But, heart of hearts, they must have been thinking at some point during Wednesday’s Division IV baseball semi-final.

King must have been thinking of the runners he had in scoring position (and the bases loaded in the third) in each of the first three innings when Russia starting pitcher Hunter Cohee couldn’t find home plate.  He scored one run…that’s it.  One run.

Phlipot, for the unusual move of taking out Cohee with two outs in the top of the third after he’d loaded the bases with three walks and an infield error…for outfielder Jack Dapore, who routinely retired Lehman’s Drew Barhorst for the final out of the inning on three pitches (all strikes) to leave the bases loaded.  For his part, all King could do was pull his cap down over his eyes.

Then, in the top of the fourth, Phlipot gave Cohee a chance for redemption.  He put him back on the mound and moved Dapore back to center field.  It worked.

You put your starting pitcher, who had walked five of the first fifteen hitters of the game, back in…and it worked!

Russia, which had collected just one hit over the first three innings against Lehman starter Jared Magoteaux, then woke up offensively in the bottom of the fourth to score four times, rallied behind Cohee for the final three innings, and moved on to Friday’s district final with a 6-1 win.

Magoteaux was good, great in fact, for the first nine outs, but perhaps fate got the best of him, as well.  Failing to score early with six men left on base can do strange things with your mind in tournament baseball. 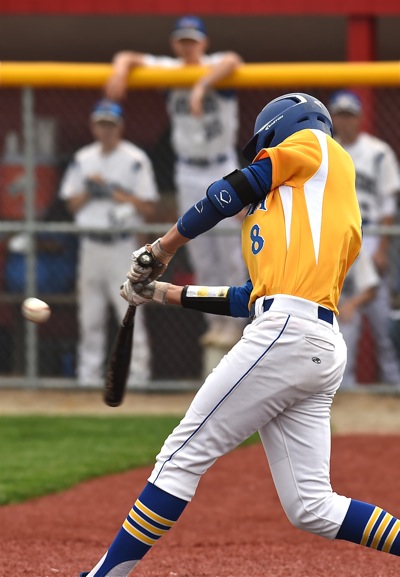 In the fourth the Raiders strung together a dropped fly ball in right field, a walk to Carter Francis, a base hit by Evan Monnier…and after Jack Dapore had struck out for the second out, leaving Magoteaux tantalizingly close to escaping the inning, Daniel Kearns punched a double down the right field line to score all three on base.  To be honest, it landed just inside the foul line, but such are the omens of tournament baseball.

“That was a big hit,”  said King afterwards.  “But give Russia credit.  They got the hits when they needed them, we didn’t, and they scored all those runs with two outs.”

The stuff of omens!

Jordan York would follow Kearns with another hit and RBI, four runs were on the board, and in the dugout before the top of the fifth there was a little ‘how bad do you want this?’ meeting between Kevin Phlipot and Cohee.

“It wasn’t something that we planned,”  said Phlipot.  “But Hunter was struggling to throw strikes and Lehman did a great job of being patient.  He (Cohee) battled, but I didn’t like what I saw and you know what Jack Dapore can do.  He did his job, got us out of the inning, and I challenged Hunter before the fourth and asked him if he wanted the ball, and he did.  He was on a short leash, but he went out and threw the best inning he’d thrown in the game.”

And then, they scored.

“We preach all year long to get guys on base and keep things moving.  We’re not a power hitting team but someone has to shoot the gap one time and Daniel was able to do that for us in the fourth.  We were there, Magoteaux did a nice job of keeping us off balance, and finally the second time through we got some better swings at him.  Daniel got in a hitter’s count and was able to put the ball in a gap.”

It wasn’t a thing of beauty – Russia would score insurance runs in the fifth and sixth – but consider that Cohee, for all his troubles in locating home plate, held Lehman to just one hit over 5.2 innings.  He struck out nine, and he walked seven, but the name of the game in late May is doing what it takes to win.

And to make the game all the more odd, Jack Dapore came back in the top of the seventh to retire the side, giving up nothing except Lehman’s second hit of the game. 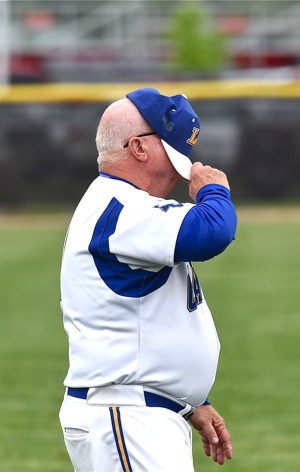 Lehman’s Dave King might have known…after his team stranded six runners on base in the first three innings, and the bases loaded in the third.

“It was tough,”  admitted Cohee, one of the most affable guys you’ll ever meet, even when things ARE tough.

“I thought the strike zone was tight, but I have to be able to adjust.  I was having trouble, but after Jack came in to replace me in the third I was able to come back and build off the lead that we got.  Jack did a great job, and then Coach came to me and asked if I was ready to go back in, and of course I wanted to.  Then after Daniel’s big hit all the momentum seemed to go our way.”

Look…you just don’t see that happen very often, where a pitcher is taken out for his inability to throw strikes, his team comes back to take the lead, and he gets a chance for reprieve.

“You must not have seen Bill Sturwold coach enough,”  grinned Phlipot afterwards.

Well, perhaps, but he, like most others, was want to go with a hot hand when he found one…one like Jack Dapore, when your season is on the line and the other team has the bases loaded and threatening to break the game open.  But somehow Phlipot, who coached with Sturwold for many years, had a reason Wednesday to challenge his senior starting pitcher to go back out, settle down, extend the leash, and pitch his team to the district finals.

Final line:  Russia won with 6 runs on 8 hits and committed one error.  Lehman had 1 run on 2 hits and 2 errors.  The ominous part of their line was….8 men left on base, and six of them in the first three innings.  The Cavaliers finished a positive year, having won 15 times.

Russia, a team about whose destiny you have to wonder, given their experience from last year’s state finals and returning so many of those players, moves on to Friday’s district final at Tipp City versus the winner of Seven Hills and Deer Park.  They’ll show up with whatever it was that did it for them on Wednesday – Jack Dapore, Daniel Kearns, Hunter Cohee…omens?  Who knows?

It’s mid-May now.  The idea is to just win.  Whatever it takes. 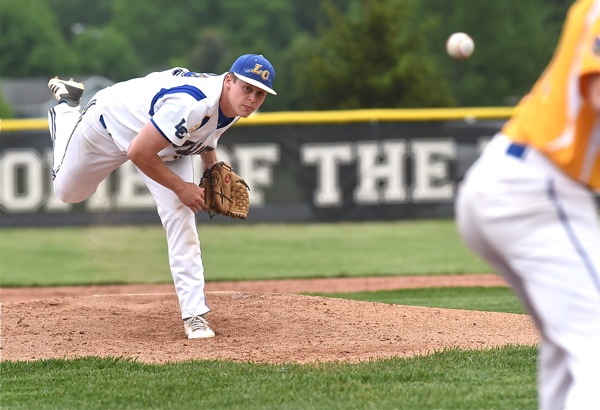 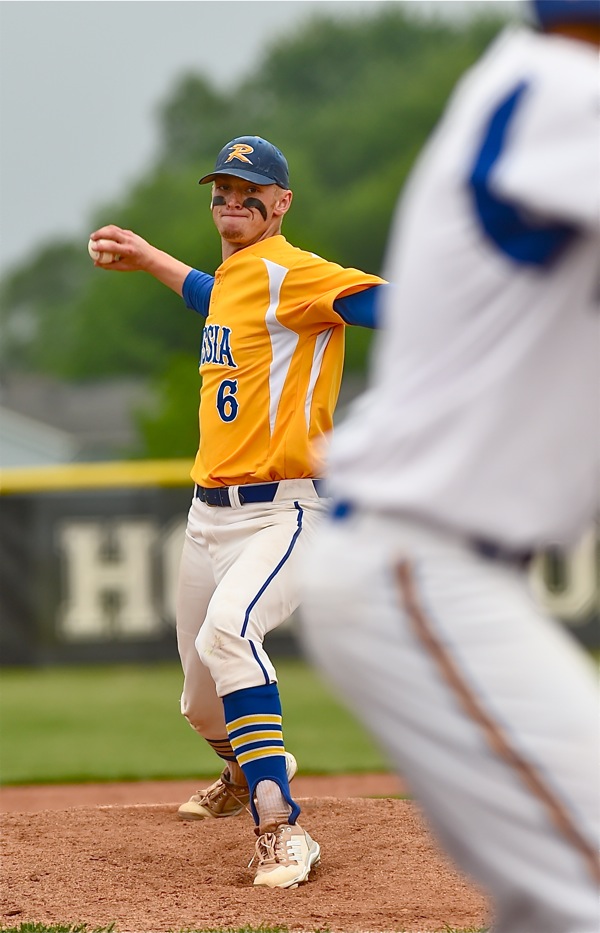