It’s tougher than meeting a 2 am story deadline when you have four of them to post.  We’re talking about the embarrassment of riches in selecting a yearly recipient of the Midwest Athletic Conference Student Athlete of The Year recipients, presented by the respective business and institutions that sponsor coverage of MAC sports on Press Pros.

This year’s female recipient is Danielle Winner, of Versailles High School, a four-year varsity letter winner and two time state champion…once in basketball (her freshman year) and once in volleyball (her senior year).  A 4.0 student, as well, Winner was also a two-time state runner-up in Division III basketball on one of the most statistically-dominating teams in Versailles basketball history.  She is a multiple-year captain in both volleyball and basketball, and plans on furthering her education in the field of architectural engineering at the University of Cincinnati.

This year male recipient is Minster High School’s Jared Huelsman.  Huelsman, a 6’2, 210 pound quarterback for the Wildcats, guided Minster to the 2017 Division VII state championship with a win over Cuyahoga Heights last  December.  He was also a freshman on the 2014 championship team that defeated Kirtland in that Division VI title game.  Huelsman also played basketball and baseball, and plans on attending the University of Toledo next fall to pursue a degree in engineering. 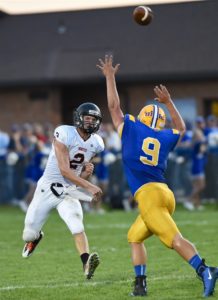 Minster quarterback Jared Huelsman was acknowledged as one of the MAC’s most impactful players…on both sides of the ball.

Recipients will receive scholarships of $2,000 each, and the awards are determined on basis of equal achievement in athletic competition as well as the classroom.  The Presentations will take place on Thursday, June 7, at Moeller Brew Barn, in Maria Stein, beginning at 6 pm.  All interested MAC fans and supporters are invited to attend. 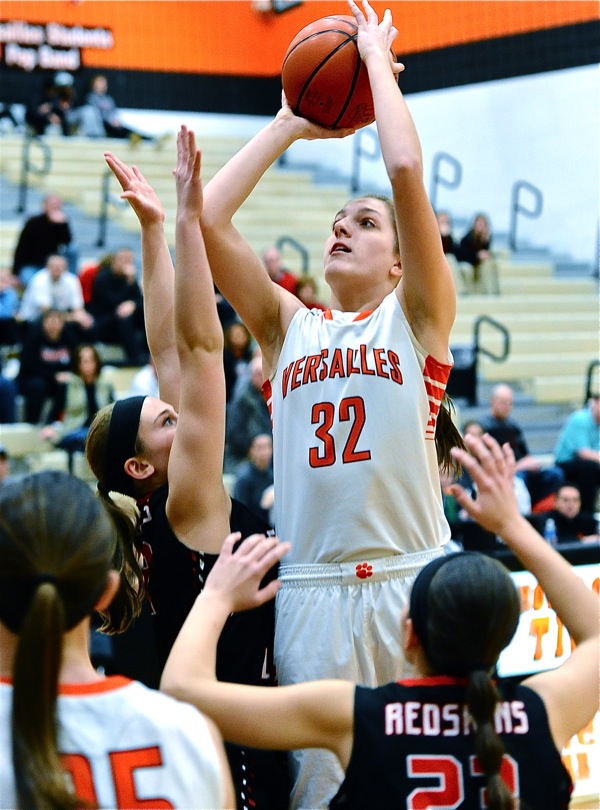