Handicapping Area Teams In The Tournament….

We’ve seen about all of them, so if you ask…and someone did…which area teams have the best shot at making Huntington Park on the first week of June… well, here’s what we have to say, and why.

At a high school baseball game last week, and after the tournament draw, a good baseball man who reads this site daily approached and asked the inevitable question.

“You’ve seen just about all the area teams, so which ones do you think have the best chance at getting to the regionals, or beyond?”  he asked.  “And is there another state champion in our midst this year?”

Well, it’s a good question, but a tough one to answer – tougher, I think, than predicting football or basketball.

For you see, all it takes for a tournament favorite to get knocked out is a team with a hot pitcher that you take lightly on a given day.  That’s a deadly combination – overconfidence on one hand, and well-placed strikes by a pitcher with mounting confidence on the other.  One of those situations where the more outs he gets the tougher he becomes to hit.  I’ve seen hit hundreds of times.

But, it is a fair question, and a good topic for a column.  So with some hesitation, and in no particular order of favoritism, here’s my half dozen of area teams that I believe have enough of both pitching and offense to get past the others, and maybe even to Huntington Park. 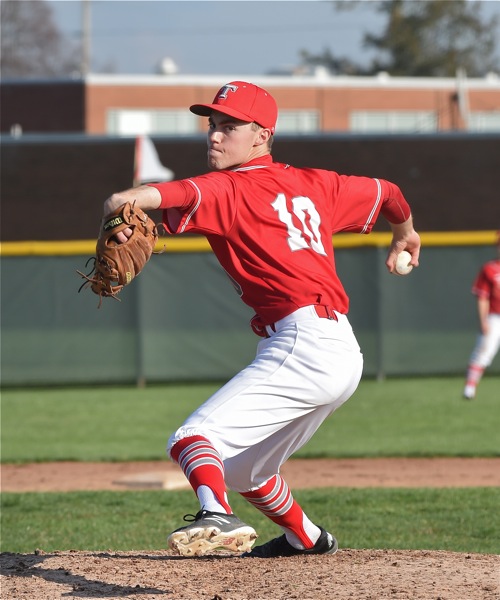 There’s probably a lot of pitchers out there that do more than Troy’s Cole Brogan. But few of them throw as many strikes.

My next pick would be…the Fort Recovery Indians, in Division IV.  The reason I like Jerry Kaups Indians is for their having perhaps the ‘best’ one-two punch in area pitching with Kent State recruit Nick Thwaits and Cade Wendel, who no-hit MAC rival Minster last week.  I also like teams that can catch it and throw it, and in the four times I’ve seen Recovery play this spring they’ve made a total of three errors.  There seems to be enough offense, and they don’t strike me as a team that’s stubborn about how they get on base.  If they have to bunt to get on, they’re willing to do it.  They’ve been to the state semis twice, and Thwaits has pitched there, so all of this might just come together for their benefit this year.

Third on this list…is St. Henry, likewise in Division III.  Again, when you have pitching you tend to win games, and senior Daylon Lange has been as good as you can ask for in 2018.  They have others, as well, and in tight ballgames over the years John Dorner has played ‘small ball’ as well as my old coach at Piqua, Jim Hardman.  It’s also a team of good athletes from other sports – football and basketball – that know how, and like to compete.  That doesn’t take the place of turning the double play, but it doesn’t hurt you, either.  They’ve seen the elephant already.

“Bunkers” is proud to sponsor coverage of GWOC baseball on PressPros Magazine.com.

Four…the Troy Trojans, in Division I.  They don’t have the eye-popping record, but if throwing strikes is the key to winning one game it’s hard to beat what Cole Brogan and Derek McDonagh can do.  We’ve seen each of them twice this year and they’ve won by pressuring opposing offenses by…throwing strikes.  You cannot over-emphasize it enough, regardless of what pitch or what part of the strike zone, or what part of the state.  It’s still a three inch ball and a three inch bat.  It’s not that easy to hit at 80 miles per hour.  In addition, the Trojans can score.  Their issue, as we saw on Saturday, is catching and throwing it – defense.  But what high school team can’t you say that about? 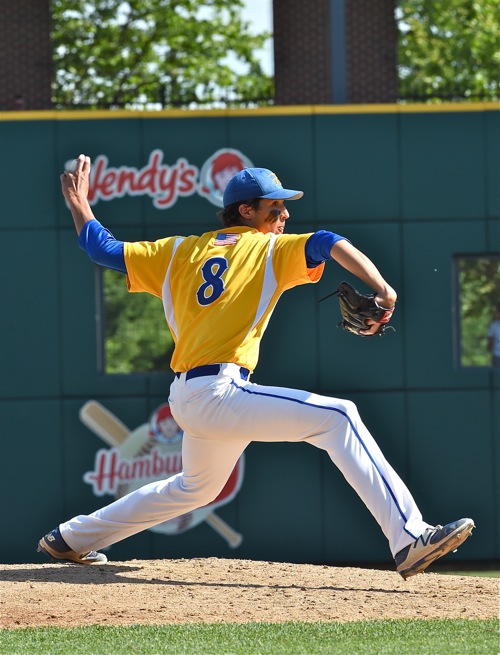 Five…I’m going with Tipp City in Division II, with one of the area’s best overall records.  Perennially, they’ve been through more sectional and districts than you can shake a stick at because of their tradition of great pitching.  They’ve got that again, listing no fewer than 14 on their roster.  Zach Losey and Mason McClurg are the two that I’ve specifically seen, and they’re capable of getting them there again.  But the Devils have been beaten by good pitching before, as well, which only proves…when all else fails throw strikes and take your chances.  This could be the year for things to break Tipp’s way.

Six…Minster, in Division IV.  Now, the Wildcats barely have a .500 record in league play, and they were no-hit the other night by Fort Recovery’s Cade Wendel.  But they’re also capable of throwing a no-no of their own, as sophomore Austin Brown did almost a month ago…against Versailles.  They’re not the team they were last year when they won in Division IV, but they’re a team that always seems to peak and play its best at the right time.  Austin Brown and Jack Heitbrink make them competitive against anyone in Division IV on a given day;  it’s just a matter of scoring runs.  Sometimes the best thing you have in handicapping is a hunch.  And over the years I’ve found that a hunch and Minster coach Mike Wiss kinda ‘ go hand in hand.  We’ll see.

There’s plenty of other capable teams, just outside this list – Coldwater, Versailles, Anna, and teams we haven’t seen, but heard about….Wapakoneta and Lincoln View.  Any one of these teams, on a given day, can break the hearts of one in our top six.  And we can easily be wrong because good pitching always beats good offense, but ‘great’ pitching usually beats ‘good’ pitching, as well.  All it takes is that one pitcher on that one day.

And unlike football and basketball, you just can’t defend against that…not since about 1869! 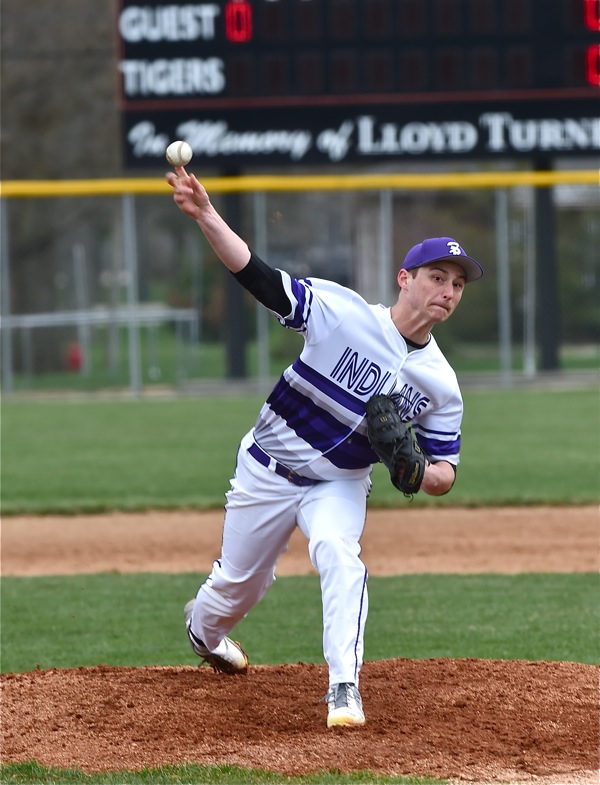 Ft. Recovery's Nick Thwaits has big game experience and has been clocked this year as high as 93 mph. (Press Pros File Photos)