This edition of ‘The Reader Speaks’ is dominated by comments on two recent posts:  1)  Iowa baseball coach Rick Heller’s comments on high school baseball in the summertime.  And 2)  What constitutes your ‘fair’ share of income taxation?   And, appreciation for the argument of why Jackie, or Larry.

Those who have read the Press Pros site for the past few years are very familiar with our stance that high school baseball gets ignored in contrast to other, more profitable revenue-producing sports like football and basketball.  There’s no denying it when you consider that we ask high school kids to play as many as 27 games in a window of about six weeks, and in 30 degree temperatures and constant wet conditions.  And, the tournament draw is this Sunday…with some area teams having played less than a dozen games.

There are those who’ve accused us of making this up…or exaggerating the issue beyond fact to fit a manufactured narrative, saying that if playing summer high school baseball (as they do in Iowa) was such a good idea more states would follow that example.

So when University of Iowa baseball coach Rick Heller took time earlier this month to outline why it works in the Hawkeye State (Press Pros, April 8th), and why it doesn’t work in others, we wrote it straight from the horse’s mouth…and it brought an anticipated reaction.

“What a great and revealing article.  Thanks for going to the trouble to show such an outstanding example of how to do it better where baseball is concerned.  I’ve shared this with several people.”  …  David Goodhart (Sandusky) 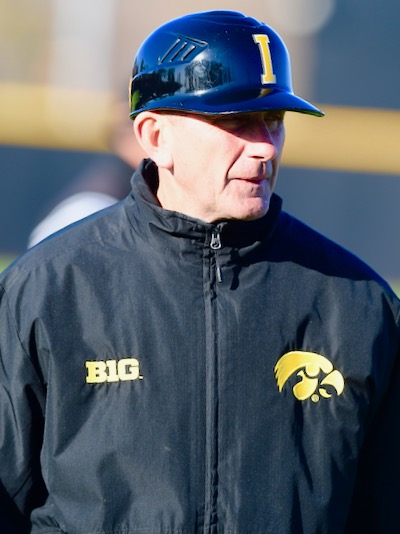 “I know it (summer baseball) won’t be popular with administration,” says University of Iowa coach Rick Heller. “But it works in Iowa and the kids like it.”

“If you quoted Coach Heller correctly it doesn’t paint a positive picture of athletic administration (“I know administration doesn’t like to give up two months of their summer for $3,000″ – Rick Heller).  Wink, wink…we’re doing all this for the good of the kids, of course.”  …  Joe B (Siesta Key, Fla)

“The problem is having too many sports, the seasons are too long, and competition for a limited number of kids that try to play more than one sport.  While Heller said that they make it work in Iowa, you don’t have that in other places where football, basketball, and baseball could, but won’t find a way to make it work.”  …  Ray Perdue  (Columbus)

“I would appreciate not being identified because I have boys who play high school baseball, but I’ve asked our athletic director and superintendent twice…why baseball cannot be played in the summer.  In both cases I was told that it was more trouble than it was worth, and that kids would rather have their summers free to work and make money.  Won’t speak for others, but mine would rather play baseball.”  …  (Name Witheld)

“He hit it right on the head when he said that it would not be popular with school administration that had to give up time, and vacation, to supervise summer baseball.  Our superintendent has already said he’s against it.”  …  Robt. Walker (Butler County)

“People say that summer baseball, or starting later in the spring would interfere with other activities, like graduation.  But wouldn’t it be easy to hold graduation in the evening, and play baseball in the afternoon?”  …  Rick (Greenville)

“Kids who play baseball do not get the same respect in terms of conditions and safety that football gets.  They would not play football on a hundred degree day because of fear of heat.  Yet, they’re willing to play baseball on a 35 degree day and risk arm and leg injuries.  It’s not about what’s best for the kids.  It’s what’s best for the adults making decisions for the kids.”  …  Don Smith

“If someone’s civil rights were being threatened they’d fix that.  But something as simple as playing baseball in warm weather is impossible?”  …  John Maloney  (Columbus)

“I hear that they’re going to extend the season by a week next year, which is funny.  Prom gets more consideration than that.”  …  Bill Jordan

On the topic of what is one “fair share” when it comes to taxes, some said a little, some said a lot, and some admitted…they’re afraid to say anything.

“The tax code is like retail.  There’s always a different price for those who can afford to pay more.”  …  Daniel Flynn

“With respect to your opinion, I don’t mind paying my fair share because I believe that those to whom much is given much is expected.  In terms of helping the less fortunate I believe we should all pay our fair share.”  …  Donna Hoke

(Ed Note:  I cannot disagree if that’s your personal decision.  But given the record of waste and corruption, I think we all know that the worst possible source of playing Robin Hood is the federal government.  My point is…once again, it’s hard to trust government where your dollars are concerned.)

(Ed. Note:  Hmmmm.  The problem was, Caesar didn’t understand what a fair share was, either.  And look what it got him.)

“Thanks for the column, and for having the courage to say what you did.  After what we learned about the IRS targeting during the Obama years it makes you wonder about anyone’s freedom to ask any questions pertaining to fairness.”  …  Keith Lewis

“Thought provoking article.  I’ve always concerned myself with giving to help others because I know the need is great.  However, giving has never served the problem.  The more we give the bigger the problem seems to get.”  …  Mike Dunnally

“Like you, I’ve asked for years for a definition of what a ‘fair’ share is with federal income tax, and how it’s determined.  I’ve never gotten a response from my congressman, either.”  …  Bob (New Boston, Oh)

Finally, while we celebrate Jackie Robinson day every April 15th, our column about the first black player in the American League spurred just one reader to ask why.

“It’s doesn’t seem fair to talk about Robinson without equally recognizing Larry Doby if they both came to the big leagues in the same year, and just weeks apart.  Has anyone ever asked why?”  …  Mike Francis

(Ed. Note:  It’s been talked about for years.  One, Robinson was a totally different personality than Doby and some say he actually welcomed the kind of challenges he endured for the sake of making a political statement.  Two, Branch Rickey knew what he was doing and it brought more attention to the Dodgers than they would have otherwise had.  It sold tickets.  And for the sake of the numbers,  Doby actually had the longer career, with more home runs (253) and RBIs (970) hitting in the middle of the order.  He was a six-time all-star.  Yet, Larry Doby’s #14 is not ‘retired’ or on display in major league parks.  And no, I don’t hear anyone ask why.) 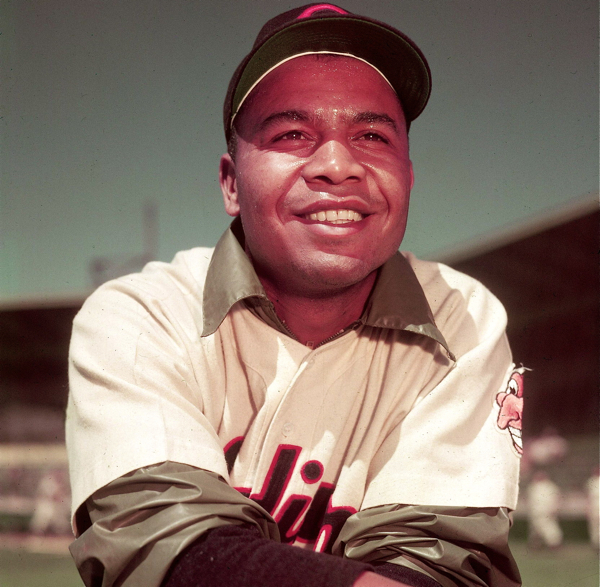