For the second year in a row, Trotwood fall to Akron St. Vincent-St. Mary, this time in the finals for the Division II title.

Columbus – They had hoped for redemption, a stinging loss to Akron St. Vincent-St. Mary in last year’s semi-final round their stated incentive.

But of the second year in a row SVSM proved that they have the Trotwood’s number, tumbling the Rams 60-51, this time in the Division II championship game.

Akron did it with steady play from senior guard Scott Walter, whose 17 points, 3 assists, and 2 steals kept the Rams on their heels throughout the game.

In claiming their eighth title (and their second title in a row) in 15 trips to the Final Four, St. Vincent-St Mary controlled the tempo of the game, played zone defense throughout, and Trotwood could not shoot effectively enough over that zone – just 27% from three point range (3 of 11). 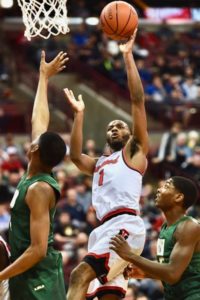 Trotwood was led in scoring by Myles Belyeu, who had a game-high 20 points.  Amari Davis added 19, Malachi Matthews had 6 points, and Sammy Anderson, Justin Stephens, and Carl Blanton each had 2.

For Akron SVSM, Lunden McDay had a team-high 19 points, while Walter had 17, Keyshawn Jones had 10, Seth Wilson had 6, Darius Cone had 4, and Chris Painter and Malaki Branham each had 2 points.

“A lot of credit to Drew Joyce and the job he’s done with that young program,”  added Rockhold.  “I’ve learned a lot from him, and we’re happy for the Irish today, even though we’re sad for the Rams.

“But the game boiled down to three things.  One, we got our butts kicked on the boards (35-20).  We did not rebound well at all today.  I’m not sure we got a 50-50 ball at any time today.  And finally, we missed some very makeable shots…and we needed more than just two guys (Davis and Belyeu) to score.”

Trotwood finishes its year with a record of 26-4. 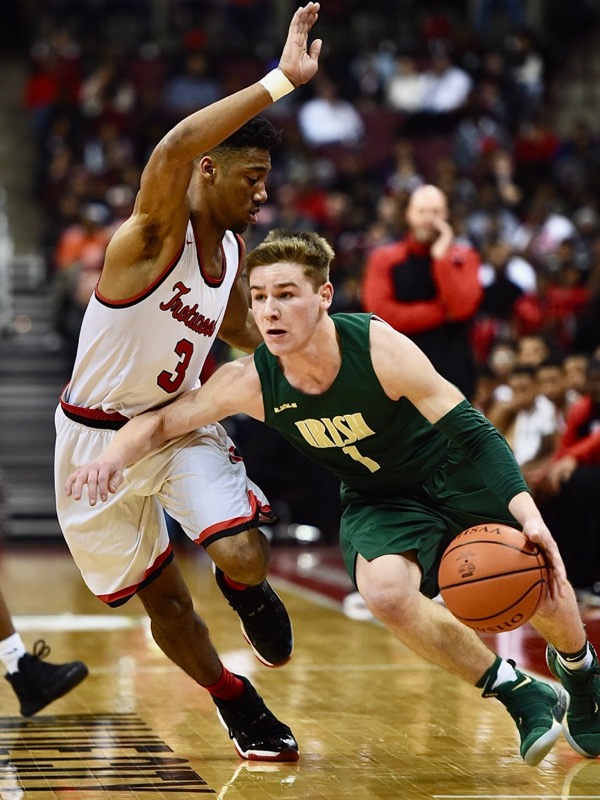