Trotwood Gets Its Wish…Akron St. Vincent-St. Mary Comes Through

The Division II title will be a rematch of last year’s semi-final, as Akron St. Vincent-St. Mary pushes past Lexington to meet Trotwood.

Columbus – As it turns out the Trotwood Rams will get their hoped-for rematch with Akron St. Vincent-St. Mary in the State Tournament.

Winners earlier on Friday over an outmatched Byesville Meadowbrook team, the Rams sat by and watched as SVSM swept past the Lexington Minutemen in the day’s second Division II semi-final game, 62-51.

It’s not the same Akron team, by any means – much younger.  But Drew Joyce’s Irish (20-8) played with that same flair for the big stage, shooting 54% from the field while limiting Lexington to just 43%.

Played even statistically in every other facet, it was SVSM’s ability to knock down shots – and their dominance in the paint – that spelled the difference in the game.

But shooting percentage, and the play of SVSM’s bench spelled the difference in the final margin.  Akron’s bench score 21 points;  Lexington’s had 9.

SVSM was paced offensively by Lunden McDay’s 15 points, while Marcus Johnson had 8, Seth Wilson had 8, Scott Walter had 6, and Darius Cone and Jordan Addison each had 5. 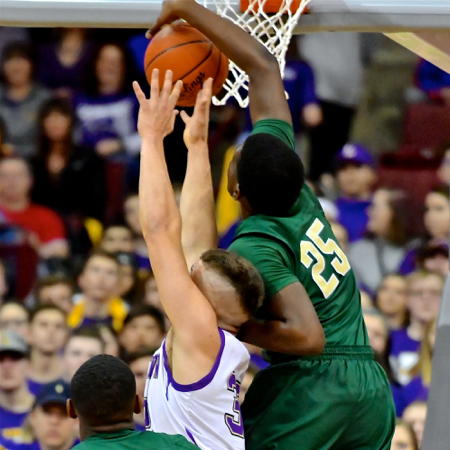 Akron St. Vincent-St. Mary’s defense was tough in the paint.

Lexington was led by Cade Stover and his 17 points.   Mason Kearns had 10.  Ben Vore had 9, Kyle Johnston had 7, and Bryant Givand and Nick Stehle each had 2.

Yet to win a title in basketball, Trotwood has an even more impressive win streak – 18 games in a row – having lost last to Kettering Fairmont back in early January.

But in last year’s semi-final round the Rams squandered a sizeable first half lead and saw St. Vincent-St. Mary come back to win the game in the final seconds.  “We let ’em off the hook,”  said Trotwood coach Rocky Rockhold earlier on Friday.  “We didn’t play our best basketball, and we didn’t finish.”

It’s unknown as to whether LeBron James, SVSM’s most famous alum, will make an appearance on Saturday as he’s done for previous Irish championship games.  James and the Cleveland Cavaliers have an off-day on Saturday after a Friday night game with Phoenix. 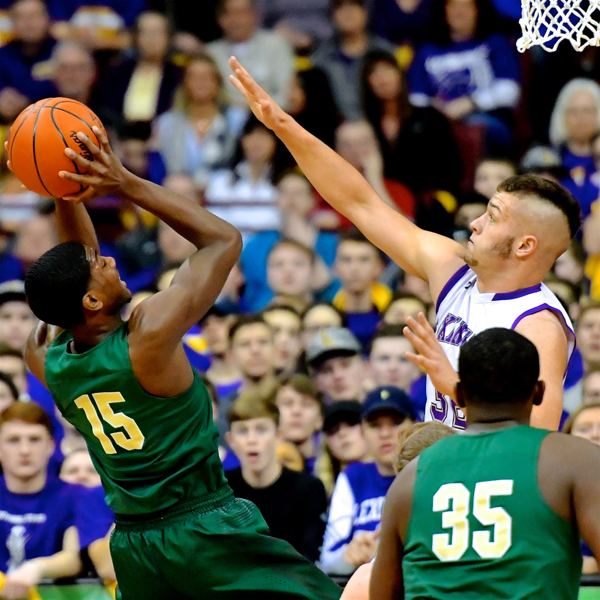