Div. II: Trotwood Rips Past Meadowbrook To The Saturday Final….

It was simply no match…Trotwood blows past outmanned Meadowbrook to play for the Division II title on Saturday.

Columbus – Almost every state touranment, in any sport, has a clinker – that game that’s such a mismatch it’s hard to watch.

It came Friday morning in this 96th edition of the OHSAA boys state tournament, as Trotwood (26-3) bludgeoned an outmanned Meadowbrook team (22-7) from Byesville (Guernsey County), 88-42, to advance to Saturday’s championship round.

It was close, or at least competitive, for exactly six minutes, Trotwood pulling away in the final two minutes of the first quarter to lead 23-14.  By halftime it was 49-30.  And from that point the Rams outscored the ‘Colts’ 19-7 in the third quarter, and with the clock running non-stop in the fourth, 20-5 over the final eight minutes.

“We thought they were a well-prepard, gritty team,”  said Trotwood coach Rocky Rockhold, with an obvious touch of ‘coach speak’.  We thought they had a good game plan.  That’s a pretty darn good team, and we talked about that all week.  But I thought our guys just executed tonight.”

It conjured memories of what former Tampa Bay football coach John McKay once said, when asked about his winless team’s execution.

And that about describes what happened to Meadowbrook.

Trotwood got out and ran, forced pace, and scored 23 of their 88 points off turnovers – 24 points in transition. 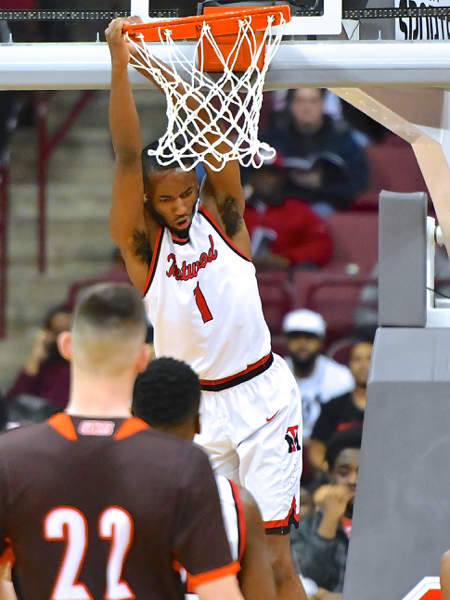 Left hangin’….Amare Davis hangs around for emphasis after a pair of second half points.

The Rams were led by Amare Davis’s 21 points, the first of four players to score in double figures.  Myles Belyeu and Carl Blanton each 18, and Justin Stephens finished with 12.  Sammy Anderson added 5, Malachi Matthews had 8, Terrance Gates had 4, and Carter Mims had 2.

“We did what we do best,”  added Rockhold.  “We got out on the break and we finished.”

The win sets up a most anticipated matchup for Trotwood, should Akron St. Vincent-St. Mary and Lexington in the day’s second Division II semi-final.  Trotwood squandered a sizeable first half lead against Akron SVSM in last year’s semi-final, a stinging loss that left a bad taste in the mouths of Rockhold and his players.

“Some of these guys were on the floor for significant minutes in that game last year,”  he said in the post-game media room.  “We feel like we’ve put ourselves in a really good situation, and this group of guys has never looked past any game, even early in the year.

“That game (that loss) didn’t just stick with these guys, it stuck with our program.  Its fueled our intensity and work ethic, not because we lost to Akron, but because we didn’t finish.  We let them off the hook.  I don’t want to take anything away from Akron, because they were a great team.  But we didn’t play our best basketball.  And you have to do that if you want to win a state championship.”

The Rams, though frequent visitors to the state semi-finals in recent years (2017, ’14, and ’06) have never won a state championship in basketball, finishing runner-up to Canton-McKinley in the 2006 Division I title game, 63-33.

Akron St. Vincent-St. Mary returns to the 2018 tournament with a record of 19-8, but with a 10-game winning streak entering the state tournament.  A team that plays a lot of Division I schools in the northeast Ohio region, their last loss came to Akron Hoban, in January, 67-65. 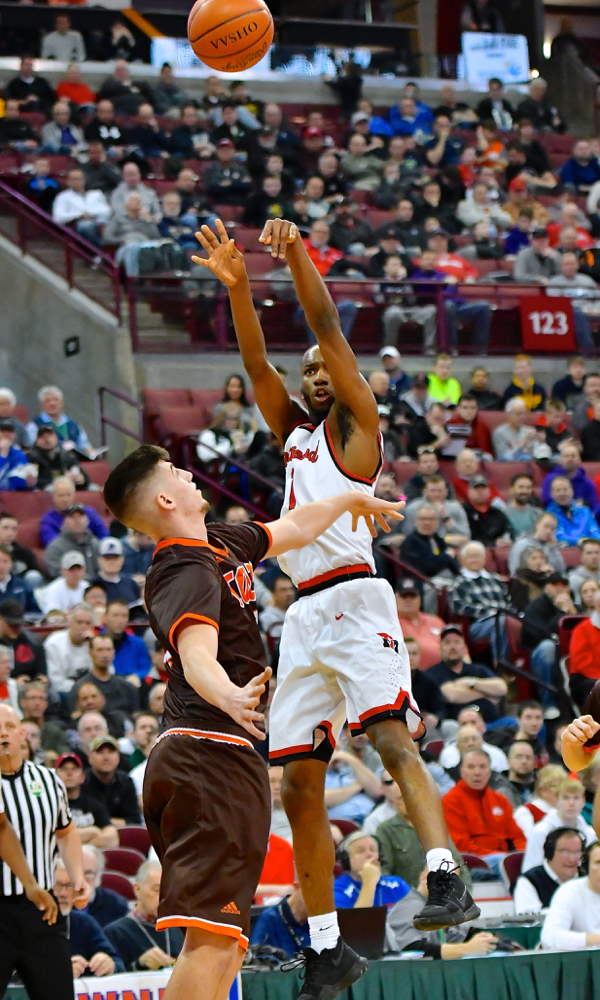 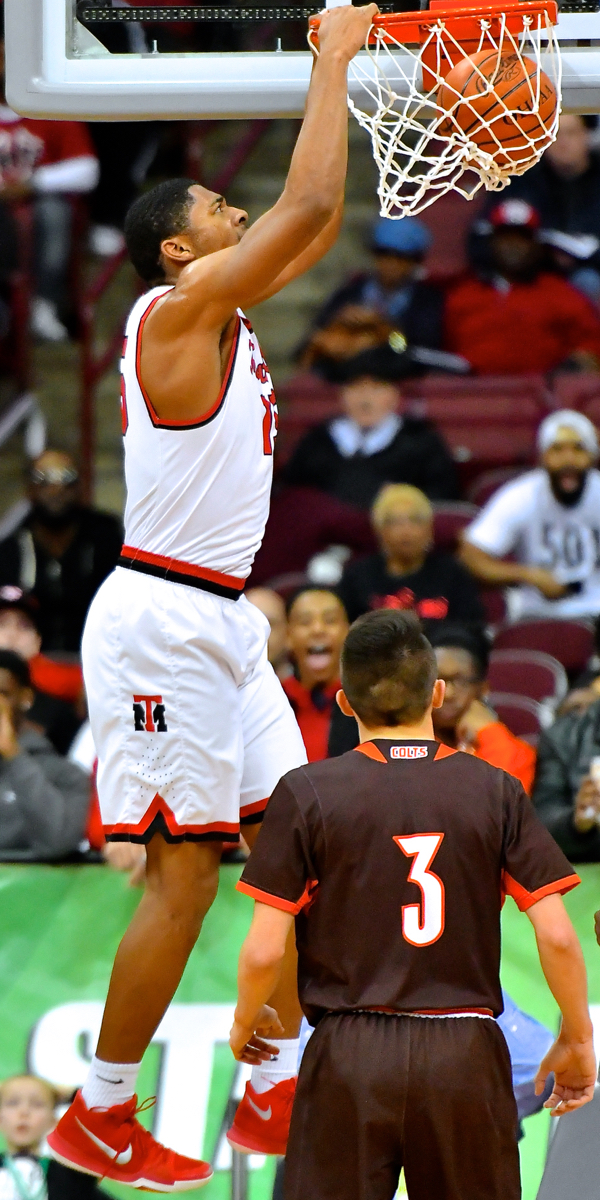