As district and regional play opens this weekend, some perspective from around the area (and state) on which area teams stand the best chance of bringing home a title come month’s end.

There will be just one more edition of TWIB (This Week In Basketball) following this week’s post, as the 2018 high school basketball season comes to a conclusion in just two weeks with the boys state tournament in Columbus.

And look, we’ve had some fun with this feature, thanks to the contributions and insights of so many area coaches…and fans who take the time to write and share their thoughts on teams in the GWOC, the MAC, the Shelby County League, and the CCC (Cross County Conference).

We also want to take this occasion to announce that TWIB WILL RETURN come next December, presented by a new sponsor, the Buschur Home Improvement Company, of Dayton.  Our thanks to Richard Perkins and the Buschur staff for their support and energy in supporting area basketball for the future on Press Pros.

But as the tournaments draw to a close over the next two weeks we’ve spent some time during the sectional rounds asking fans, coaches, and in some cases…retired coaches, as to who they think stand the best chance of bringing home a title for southwest Ohio in each respective division.

Consensus seems to center around three teams, in two divisions.

Overwhelmingly, the number one favorite among the girls is the Versailles girls (25-1), in Division III, who won their most recent district title Monday night with a 53-48 win over Purcell Marion (19-6) to move on to the regional round.

“They just have so much experience,”  says one knowledgeable reader from Tipp City.  “They’ve got great talent, they’ve won before, and they’re really well coached (Jacki Stonebraker).”

Another responded in favor of the Tigers by writing:  “You always need some luck to win a state title, but I think they Tigers might be good enough to win even without it.”

The sentimental favorite among area girls teams is Tipp City, that plays tonight (Tuesday) in Springfield in the Division III regional round.  They’ve had great teams at Tipp for years but they Red Devils have never been able to get through the regional round (or past Kettering Alter) and on to the Final Four.  They’re in position once again, and like we mentioned…they have to be the sentimental favorites amongst all four divisions.

Another favorite, and a perennial one at that, is the Fort Loramie girls, who play Covington this week in the regional round.  Loramie has won a pair of titles under coach Carla Siegel, previously, and realistically at least one area coach says that while youth is fearless…they might be a year away from being that same serious threat of years past.

“If anyone can prepare them it’s Carla,”  this individual mentions.  “But you can only teach so much. The rest of it has to come by being there and experiencing that kind of pressure.  It’ll be hard for these freshmen and sophomores to do it for the first time.”

Covington, coached by Jim Meyer, is back in the regional picture for the first time in a decade…and Tri-Village, also from the Cross County Conference, gets positive marks for their fine record and past success.

The Minster girls, and coach Mike Wiss, get plenty of response from those who say that defense, plain and simply, wins titles against bigger, flashier offensive teams.

“They’re going to hold the score down on a lot of teams,”  says a frequent reader from MAC country.  “And if they can score like they did against Fort Recovery and New Bremen they’ll be hard to beat.”

A former coach added, “Ivey Wolf (a freshman guard) is the most exciting player in area Division IV.  She’ll be a tough matchup for a lot of teams.” 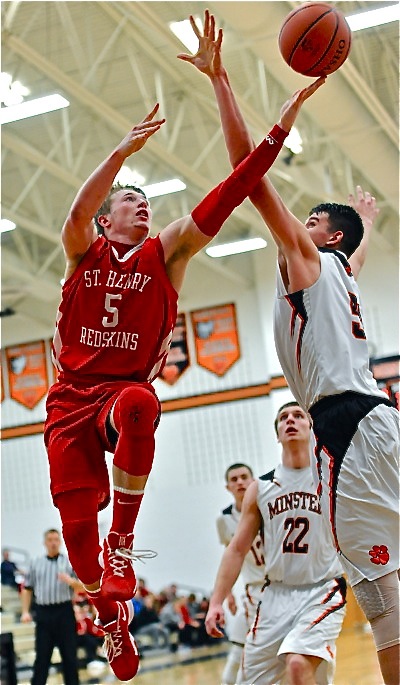 St. Henry lacks overall size, but senior Tyler Schlarman (and their defense) makes them a tough out for anyone in Division IV.

Amongst area boy teams…much of the talk since December has centered around Versailles (21-4) in Division III, and Fort Loramie (23-2) in Division IV.

Another Division III team, Bethel, is playing this week at UD Arena districts, but questions about Caleb South’s availability have clouded the tournament picture of an otherwise fine year for the Bees.

And Anna, with Wyatt Bensman, is another 20-win team that’s very much in the hunt for a regional berth come next week.  The Rockets are in action at UD Arena on Tuesday.

But the question among many who’ve watched Versailles is whether they can win under tournament stress when Ohio State recruit Justin Ahrens is minimized by opposing defenses.

And that question is a concern for many, given their late-season losses to St. Henry and Marion Local.

Loramie, in Division IV, is another sentimental favorite, seeking their first boys title since the Dan Hegemier teams of 1987 and 1993.  A senior-laden team with lots of experience, those who have seen them regularly are impressed by their ability to beat you on either end of the court.

“On night when they don’t shoot well they’re still able to focus on defense,”  says a retired coach from outside the area who watched the beat Marion Local earlier in the year.  “And their defense is pretty damn good.”

And speaking of Division IV, two other teams from the MAC get plenty of attention as those that no one should take lightly…the St. Henry Redskins (20-3) and Marion Local (19-4).

“They’re not very big, but one plays harder than St. Henry,”  says one rival coach.  “Eric (Rosenbeck) does such a great job with them, and on a given night Tyler Schlarman can have a big game against anyone.”

“I still like Marion Local,”  writes one Shelby County basketball fan.  “I’ve seen them play almost everyone and their defense is really tough because of their size, and depth.  They can play about eight without losing a lot.  And on nights when they’re hitting shots they’re going to be tough for anyone to beat in Division IV…anywhere!”

“No one’s playing better than Marion right now,”  says another.  “I’d hate to play them.”

Both Marion (the #1 seed) and St. Henry (the #2 seed) play Tuesday night in the Wapak sectional.

Our thanks to those who have taken the time to both read, and respond.  We hope to see you in the gym this week.  If we don’t…we’ll look for you online.

*This Week In Basketball (TWIB) is also presented by Huschur’s Home Improvement of Dayton.  See Buschur for all your home improvement needs, including sales and installation of sun rooms, awnings, and much more.  Give them a call…at 937-329-9006. 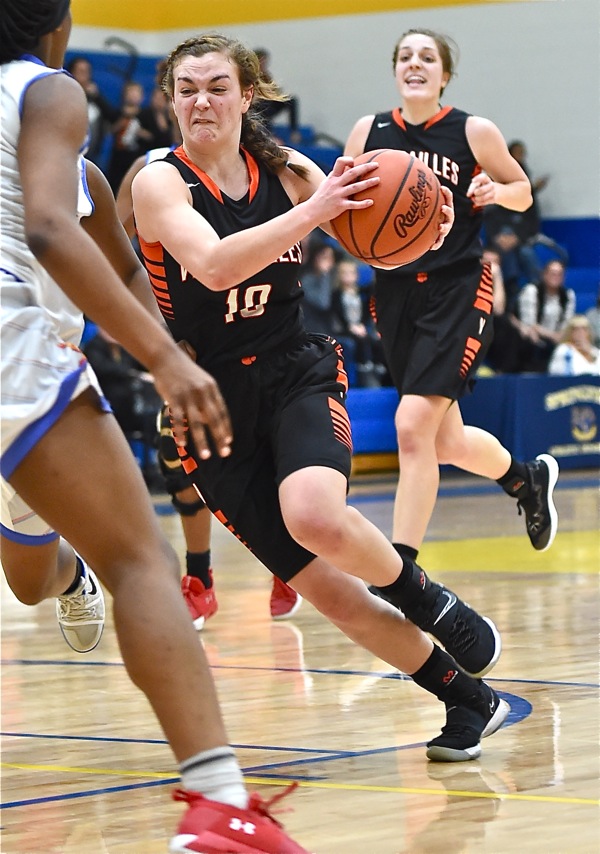