How Floridians (At Least One) Think About The Shootings…

A drive with a Florida taxi driver was enlightening, as to how some closest to the Broward County shootings feel about why it happens, and how to stop it from happening again.

I climbed in a cab last Thursday afternoon at the Fort Myers airport, bound up I-75 to Punta Gorda, and three days of baseball with the Ohio State Buckeyes.

The driver introduced himself as ‘Hal’, helped me with the bags, and asked the old and standard questions shared between driver and passenger.  “Where you from?”  “Where you headed?”  And,  “How long are you going to be here?”

Hal was a friendly enough guy, a retired teacher he told me, and at one point after we had turned onto the interstate he reached in the seat and picked up a copy of the local paper, offering it to me.

And the front page bore him out, in photos and headlines, detailing the shootings that killed 17 just two days before at Marjory Stoneman Douglas High School.

“What do you think of all this?”  he asked with liberty, a note of passion in his voice.

Surprised by his boldness, and totally unfamiliar with his background and views on anything, personal or political, I offered the cautious and sensitive response.

“It’s heartbreaking, of course,”  I said.  “And it’s hard to believe that things like this actually happen.”

He smiled at my answer, while never taking his eyes from the road.

“They happen because we let them happen,” he said, with a tone of bitterness.  “Mister, I don’t know you, your politics or your background, but a lot of us are sick and tired of being the victims of society, where there are no consequences for the actions of deranged people like this.

“I don’t know what your views are about guns and gun laws, but we’re addressing the wrong issue by blaming it on guns.  This guy was a threat.  He said he would do something like this, and we did nothing about it.  And now, we won’t do anything about Nick Cruz because we don’t have the stomach to send a lesson to other people like him.  So it’s going to happen again.  First Orlando, and now this.”

We drove for a few moments before he continued.

“What do you do when the criminals have more rights than the victims?”  he finally asked, his voice showing emotion.  “How do you send the message that the innocent have had enough?”

“Well, down through history it’s documented in print and photos,”  I offered, choosing my words with care.  “I know what they did with the Lincoln assassins, and they did it for everyone to see.  I don’t know if that was right or wrong.  But each of the assassins were suspected of being madmen, and were promptly executed.”

“People used to be afraid of the consequences if you robbed a bank, or killed someone, or even took another man’s horse,”  said Hal.  “They knew that the law would be swift and sure.  We don’t have that anymore for fear of upsetting people,”  he added with a sigh.  “Maybe we should hang a few, and send the message.”

He looked at me, with sadness in his eyes. 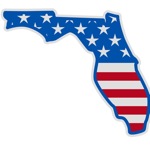 “Not in my lifetime,”  I said.  “But I’m sorry that we live with the fear of people who are willing to kill in cold blood.”

“The Book says an eye for an eye,”  said Hal, pulling into my hotel’s parking lot.  “But we’ve become a Godless nation.”

I paid his fare, and tipped him generously.

“I’ve enjoyed meeting you,”  I confessed.  “I wish you happier days.”

He tried to smile, and said, “I’ve enjoyed meeting you, too, friend.  I hope you understand that we’re are tired of this happening, anywhere.  But I know…it’s going to happen again.”